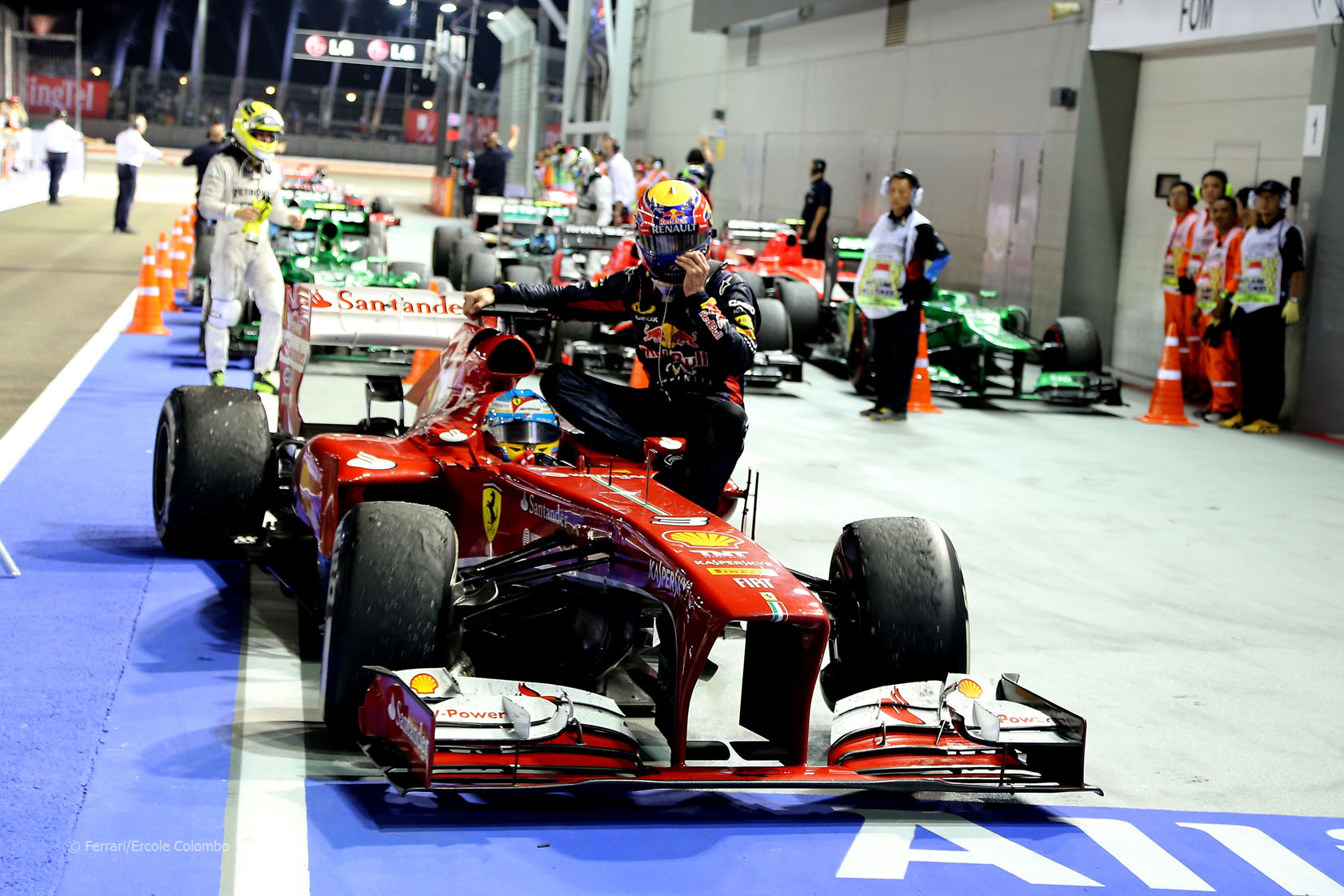 Mark Webber will receive a ten-place grid penalty for the next race after being given a lift to the pits by Fernando Alonso after today’s Singapore Grand Prix.

Alonso stopped to pick up his rival after his car broke down on the final lap of the race. Webber rode back to the pits on Alonso’s sidepod.

The stewards ruled Webber had “entered the track without the marshal’s permission between the commencement of the formation lap and the time when the last car enters parc ferme” and handed him a reprimand.

As this is Webber’s third reprimand of the year he will automatically receive a ten-place grid penalty for the next race. His previous reprimands came in Bahrain, for contact with Nico Rosberg, and in Canada, for going too quickly while yellow flags were displayed.

It is the second time a driver has received a grid penalty for collecting three reprimands – Pastor Maldonado also did at the Brazilian Grand Prix last year.

Alonso was also given a reprimand for driving “in a manner which could be deemed potentially dangerous to other drivers or any other person”. The stewards added “two cars had to take avoiding action” when Alonso stopped to pick Webber up. This is Alonso’s first reprimand of the year.

Webber gave Alonso a lift in a similar fashion at the Nurburgring in 2011.