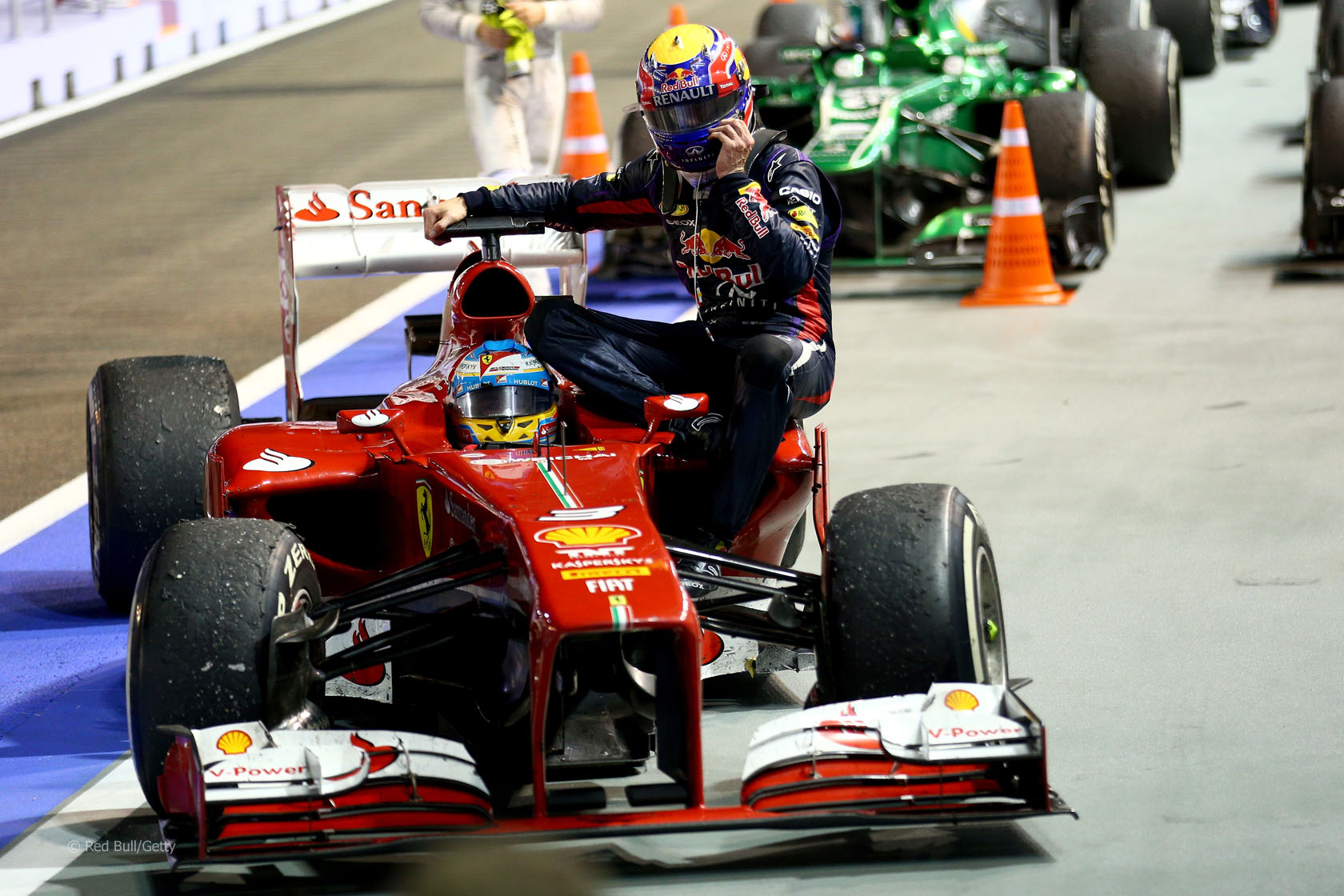 This new video shot by a fan at the Singapore Grand Prix shows the moment after Sunday’s race when Mark Webber earned himself a reprimand – and consequently a ten-place grid penalty – in more detail.

Webber was judged to have re-entered the track on foot without obtaining permission from a marshal beforehand.

Article 30.9 of the Sporting Regulations states: “During the period commencing fifteen minutes prior to and ending five minutes after every practice session and the period between the commencement of the formation lap which immediately precedes the race and the time when the last car enters the parc ferme, no one is allowed on the track, the pit entry or the pit exit with the exception of […] drivers when driving or on foot, having first received permission to do so from a marshal.”

Fernando Alonso was also given a reprimand for stopping on the racing line as he picked Webber up, forcing the two Mercedes drivers to take avoiding action, as also shown in the video.

Webber criticised the stewards’ decision to reprimand him for his action, calling it “comical”. It was his third reprimand of the year which means he automatically receives a ten-place grid penalty for the next race in Korea.

Thanks to @Andae23 for the tip.