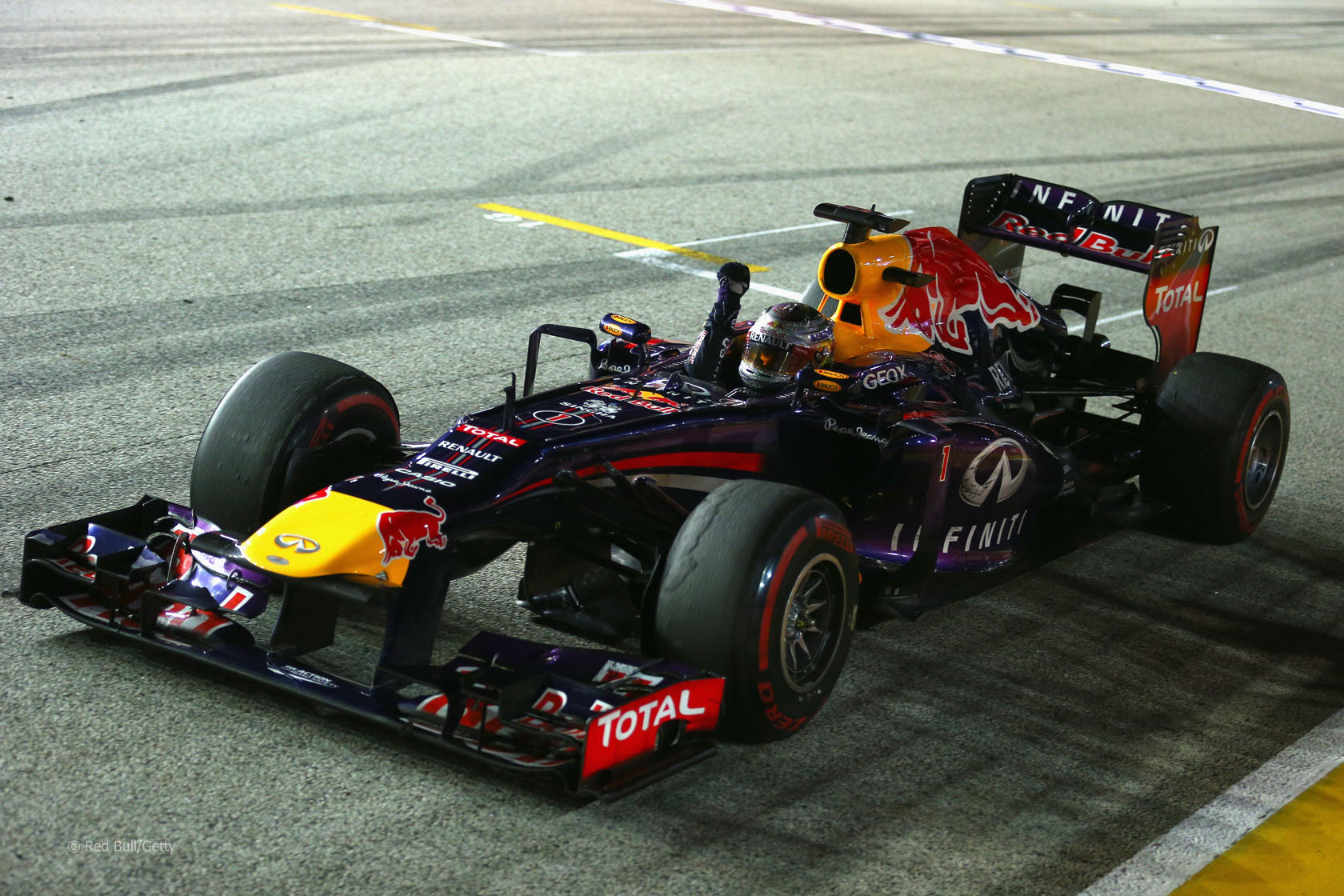 Rivals of Sebastian Vettel and Red Bull are increasingly vesting their hopes in the 2014 engine rules shake-up as being their best chance of closing the performance gap.

“We will put all our effort and hopes into 2014, because starting from zero is our best opportunity to close the gap with all the top teams,” said Fernando Alonso after the Singapore Grand Prix.

But while F1’s periodic changes in the engine rules used to bring about major change in the competitive order, in recent years it hasn’t been the case.

Alfa Romeo dominated the first two years of the world championship. But their withdrawal at the end of 1951 led several race organisers to change their events from Formula One rules to Formula Two, and the championship was therefore run to F2 rules in 1952 and 1953. That was followed by the introduction of a new Formula One in 1954.

Alfa’s departure made the emergence of a new winner in 1952 inevitable, but even so the scale of Ferrari’s dominance was remarkable. Alberto Ascari won nine races in a row at one point, a record which still stands.

The new F1 rules tempted Mercedes back in mid-1954. From that point they were the team to beat until they made an abrupt withdrawal at the end of 1955 following that year’s fatalities in the Le Mans 24 Hours.

Concern at rising speeds prompted the introduction of smaller 1.5-litre engines from 1961. While several of the British engine manufacturers opposed the move and tried to block it, Ferrari perfected their new V6 and dominated the season.

The drivers’ championship contest was an all-Ferrari affair, but was settled in tragic circumstances when Wolfgang von Trips was killed at Monza. Ferrari also won the recently-introduced constructors’ championship for the first time.

The only races they failed to win that year were in Monaco and Germany, both due to inspired drives by Stirling Moss, and in America, where they did not compete.

1966: Brabham benefits from return to power

Just two years after the 1.5-litre engines were introduced the Commission Sportive Internationale (fore-runner to the FIA) decided engine capacities would be doubled to three litres in 1966.

Once again the spoils went to the driver and team who had made the best preparations for the new rules. In this case they were one and the same: Jack Brabham won the title driving his own car, the first and only time anyone achieved the feat.

Brabham encouraged Australian automotive components manufacturer Repco to develop a V8 engine for the new formula. While Ferrari were disappointed by the power-to-weight ratio of their V12 and Lotus persevered with BRM’s monstrously heavy H16, Brabham reeled off four consecutive wins in the middle of the year to claim the title.

The new engine formula of 1966 also included a provision for turbocharged 1.5-litre engines. By the middle of the eighties these had become ubiquitous, but concerns about expense and safety had arisen.

For 1989 they were finally banned and a maximum capacity of 3.5 litres imposed. Not that it did anything to put the fearful combination of McLaren and Honda off their stride.

In the last year of the turbos they won all but one of the 16 races. In 1989 they won another ten races – a total which would have been even higher had Alain Prost not driven into team mate Ayrton Senna at Suzuka to take back the drivers’ championship.

1995: New engines no problem for Benetton

A cut in engine capacity was ordered for 1995 following the deaths of Ayrton Senna and Roland Ratzenberger at Imola and other dangerous accidents during the season.

But that didn’t stop Michael Schumacher successfully defending his drivers’ title for Benetton. The team’s switch from Ford Cosworth V8 to Renault V10 power proved a wise one, as Renault’s engines won all bar one of the races in 1995. Fernando Alonso ended Schumacher’s five-year dominance of the championship in 2005. His season-ending victory in China was also the last win for a V10 engine in F1, as a new V8 formula was mandated for the following year.

Renault were unfazed by the change. Alonso won first time out in their V8-engined car and by round nine Renault had chalked up seven victories already.

Only a late-season resurgence from Schumacher and Ferrari took the title down to the wire, though a Ferrari engine failure in Japan all but killed off Schumacher’s hopes of an eighth crown.

Have the growing resources available to top F1 teams helped them stay dominant despite changes in the engine rules? Do you think Red Bull will stay on top next year?