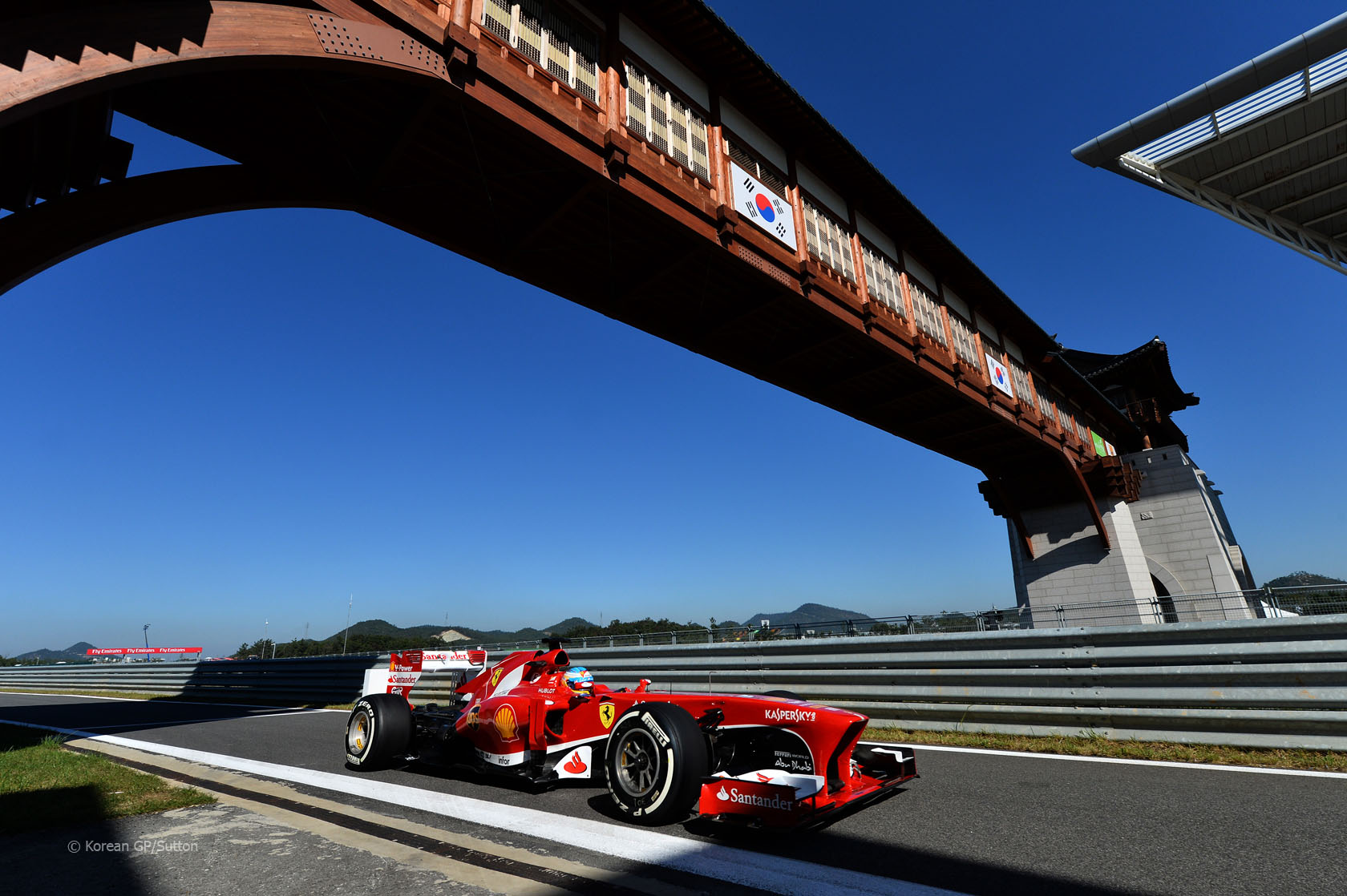 Can you predict the result of this weekend’s Korean Grand Prix?

The best prediction this week will win Codemasters’ new Formula One game F1 2013 plus an official Pirelli replica podium cap. There are runners-up prizes too and loads more to be won for the best players at the end of the year.

Enter your prediction below before qualifying starts on Saturday for your chance to win.

Here is the confirmed prize list for this year’s championship. See below for more information on each of these great prizes.

The top scorers in the championship at the end of the year will win the following prizes:

The top scorers in each race will win the following prizes:

But it packs in much more than that. For the first time Codemasters have added classic cars and tracks to their game. Five Ferraris are among the retro F1 cars on offer, including the 1976 312 T2 raced by Niki Lauda and featured in the new film Rush.