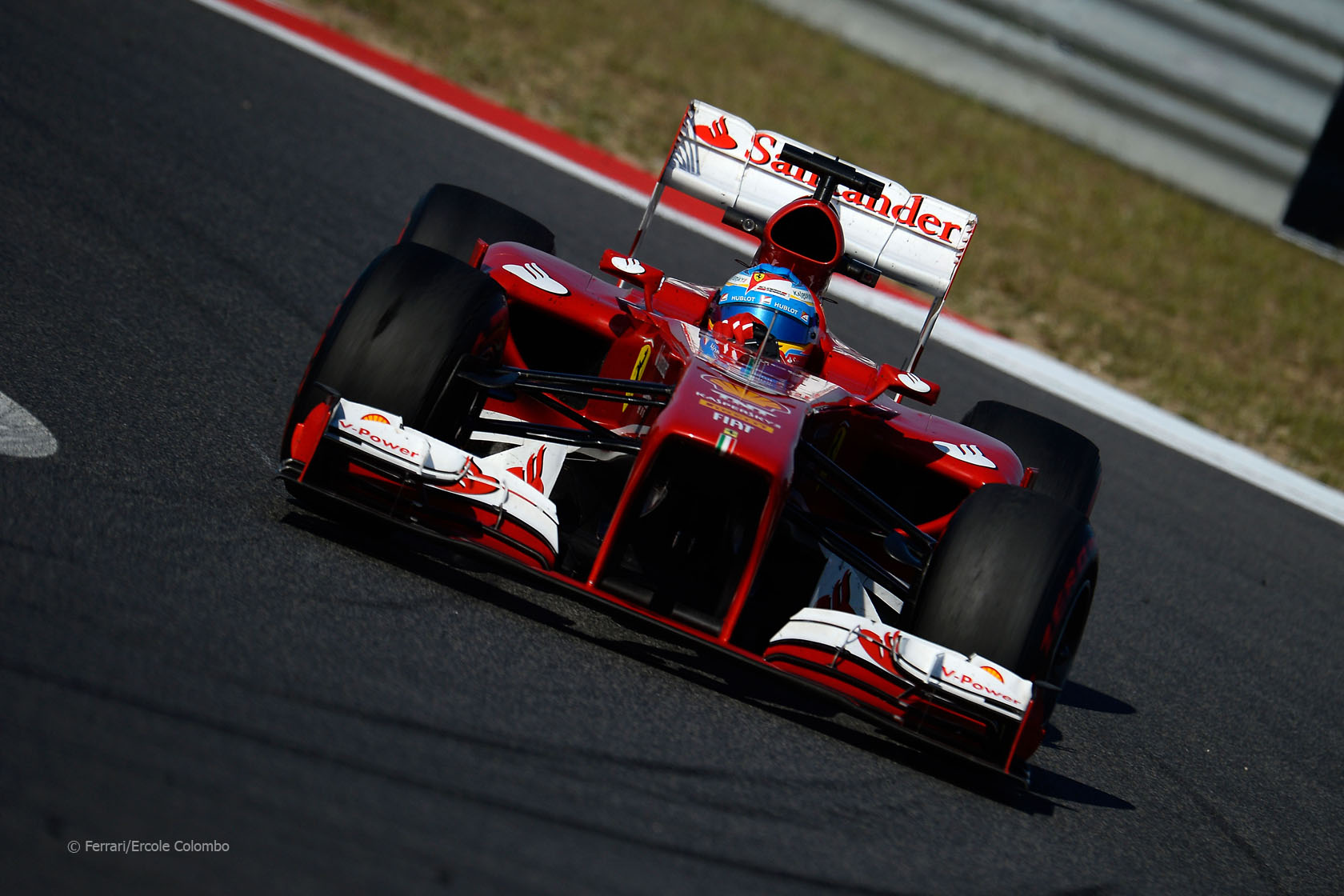 Fernando Alonso says he will go on the attack at the start of the Korean Grand Prix which may offer his best chance of making up places.

Alonso will line up fifth on the grid following Mark Webber’s penalty and believes the long straights at the start of the lap will help him.

“I think the start is a very short space to turn one so we will do all of our attacks in turn three, turn four – there is always some action in the race,” he said.

“We will see what we can do but we know that we will struggle also tomorrow.”

Alonso has gained more places on lap one than any driver this year apart from Sergio Perez.

However he is pessimistic about his car’s performance over a race stint: “I think this weekend we are not particularly strong.”

“Also in the race pace yesterday we saw some problems in the pace. So a little bit less optimistic in terms of winning the race or podium finishes for tomorrow. But we will try our best.”