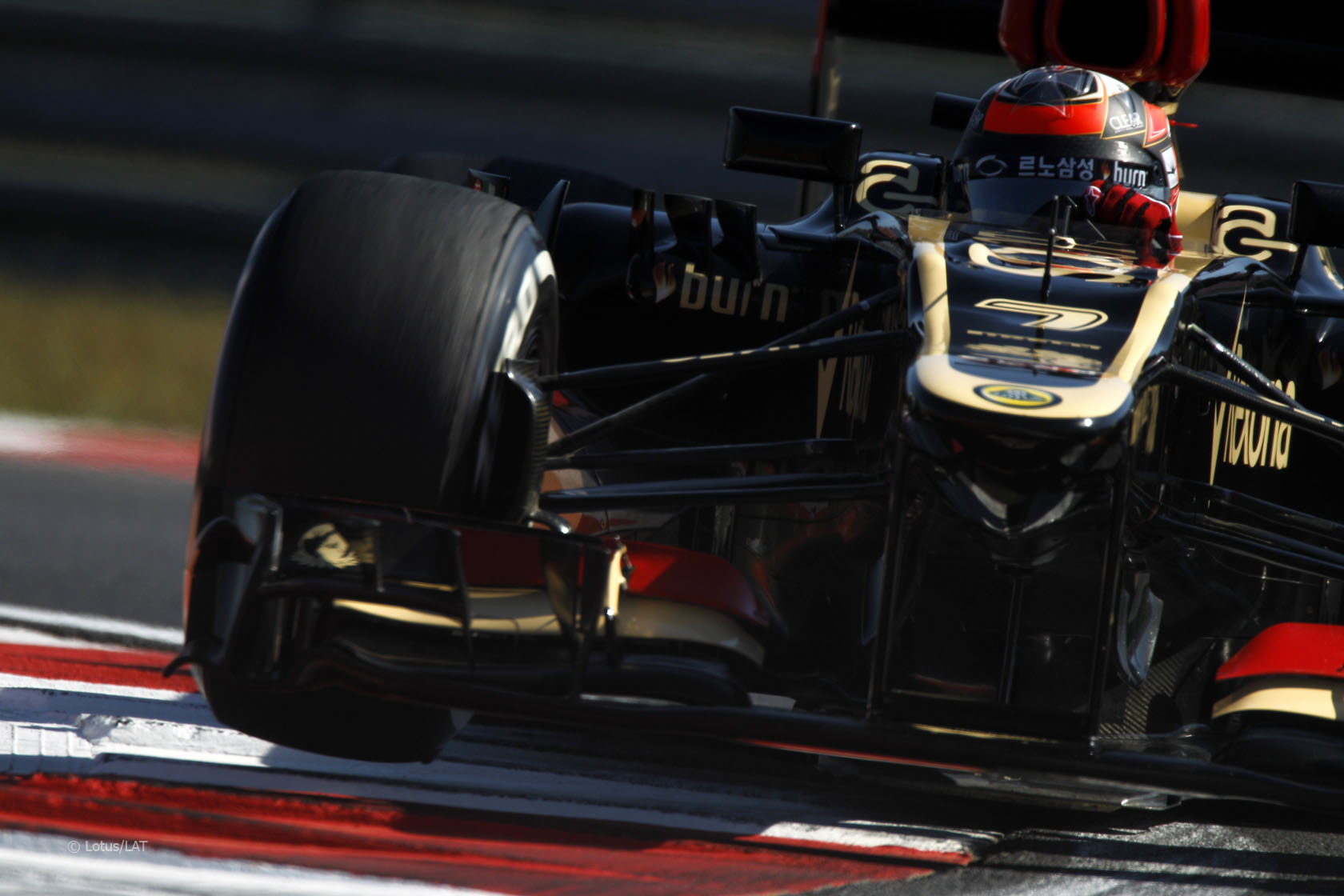 Kimi Raikkonen says he made a mistake on his Q3 lap which left him tenth in qualifying for the Korean Grand Prix.

Raikkonen, who will start ninth following Mark Webber’s penalty, had a scruffy run through the middle sector of the lap and didn’t have another new set of super-soft tyres to do another run on.

“I have one new set of tyres, I made a mistake so I knew already in that point that the lap was gone but that’s how it goes,” said Raikkonen.

Raikkonen admitted he hasn’t been happy with the balance of his car so far this weekend but believes he will be in better shape for the race. “I expect it to be a bit better,” he said.

“I was really struggling with the front end the whole weekend. Hopefully in the race it should be a bit more better.”