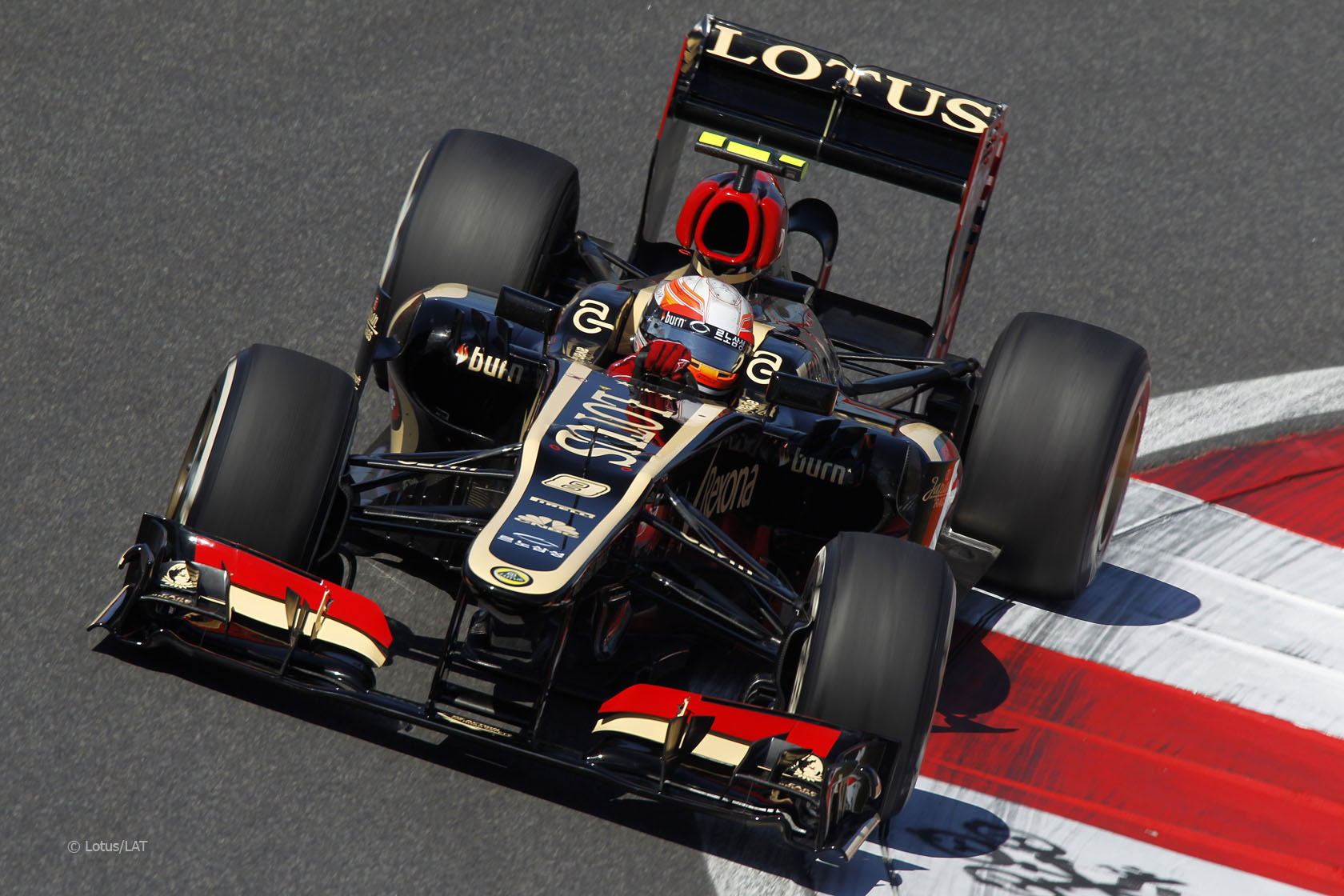 Grosjean took the risk of not using the super-soft tyres in Q1 in order to save an extra set for Q3. He set fourth-fastest time which became third on the grid after Webber’s penalty.

“We?óÔéĽÔäóre very happy with Romain?óÔéĽÔäós qualifying position after a textbook performance through all three sessions with everything going absolutely to plan,” said Permane.

“He soaked up the extra pressure to get through the first session using only the medium compound tyre and the benefit of doing that was having two sets of the super soft in the final session.”

Grosjean said: “Our aim was to be up there fighting with the Mercedes today and that?óÔéĽÔäós exactly where we were.”

“The Red Bulls were always going to be quick, so to be reasonably close to them in terms of the times is not too bad. Gaining a place on the grid just because another driver has been penalised is not how you want to move forwards, but I?óÔéĽÔäóve had to cope with it before myself and it?óÔéĽÔäós part of the sport.”

“Of course, it will be an advantage for us as it means we?óÔéĽÔäóll start on the clean side of the track.”