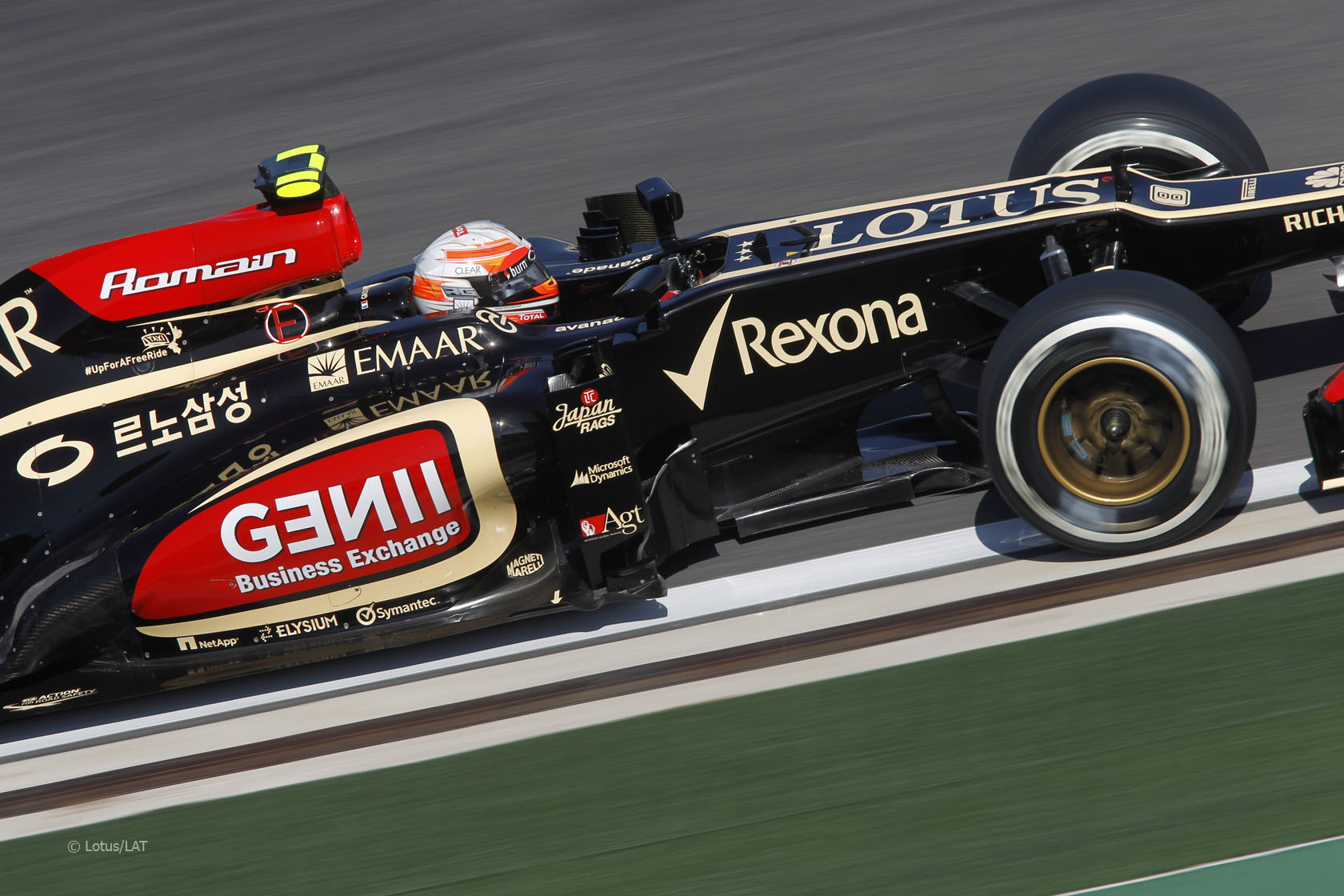 Raikkonen passed Grosjean for second place on the lap after the first restart. Boullier said Grosjean made a mistake, after which the Lotus driver repeatedly told the team Raikkonen was holding him up.

Boullier came on Grosjean’s radio at one point and told him to “keep racing like it is”.

After the race in another radio message from a different team member which was partially censored Grosjean was told: “We’ll talk about this in the office afterwards but for now big ******* smile on the podium, big ******* smile.”

Boullier said: “Romain gets frustrated obviously because he did a small mistake on the restart after the Safety car and Kimi just passed him.”

“I think he was begging some team orders to let him past but he has a mistake and it was a normal racing time.”

“I think he could have been quicker but he was a little upset and he lost concentration so it’s just part of his learning curve,” Boullier added.