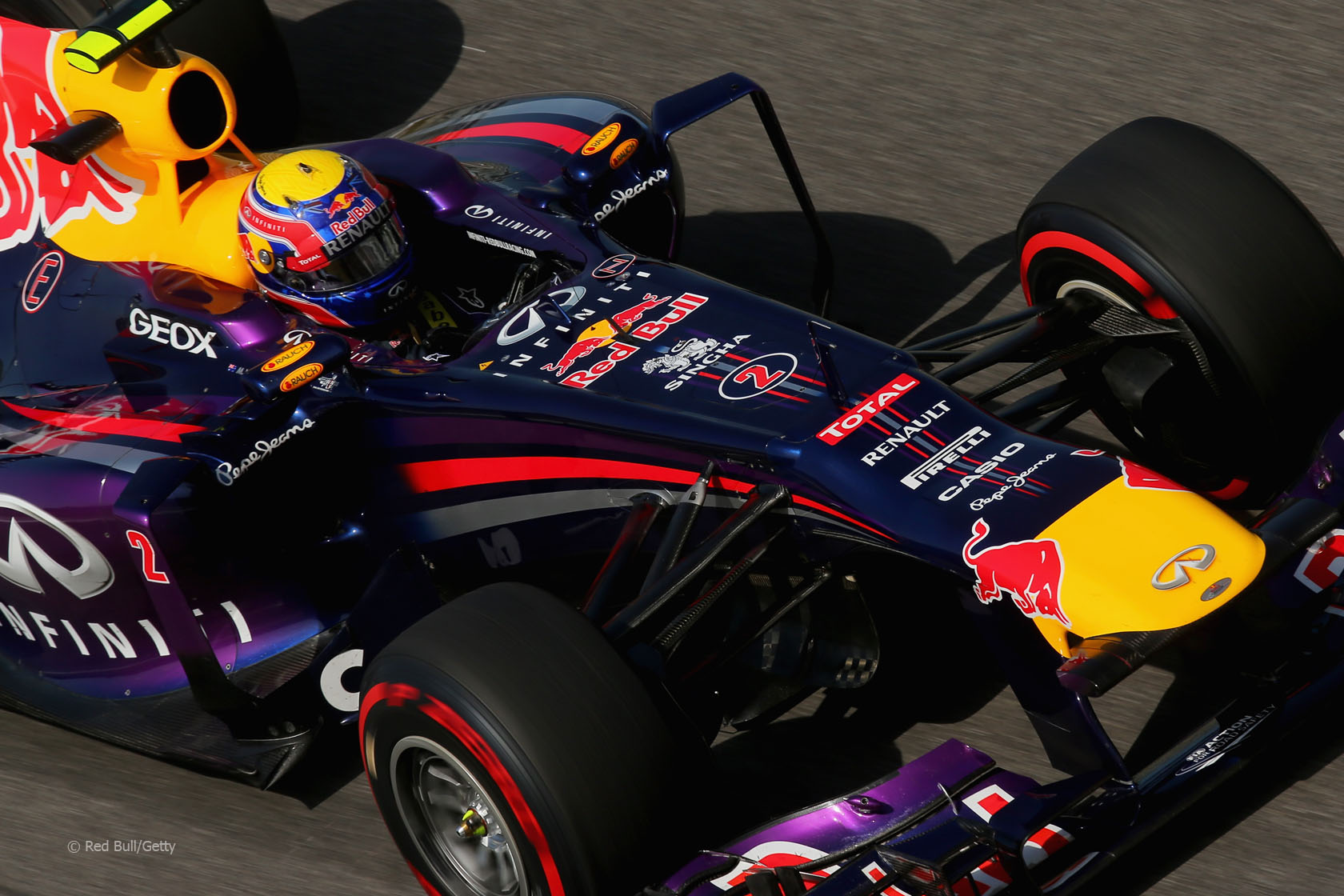 Webber hit debris from Perez’s tyre shortly after coming out of the pits, forcing him to make an extra stop for tyres.

“I think I got a Pirelli puncture from a Pirelli tyre so… impressive,” said Webber after the race.

“Perez had a tyre explosion which, yeah, wasn’t nice, I just missed the debris from the tread of the tyre.

“I hear that he got a puncture because he locked up but we’re locking up because there’s no tread on the tyres. The tyres are wearing out that fast you can’t brake deep anyway.”

Tyre preservation was particularly during the race, Webber added: “There’s so much pace management going on, all the drivers are looking after the tyres.”

Perez said had done more than half the race distance on his set of medium tyres before his front-right failed as he accelerated towards turn three.

“I did 28 laps with that tyre,” said the McLaren driver. “Sometimes I was braking earlier sometimes later.”

He added there was no further indication what had caused the failure: “All of a sudden I have the lock-up and then after turn one the tyre just explode, broke the front wing and damaged some other parts of the car.”