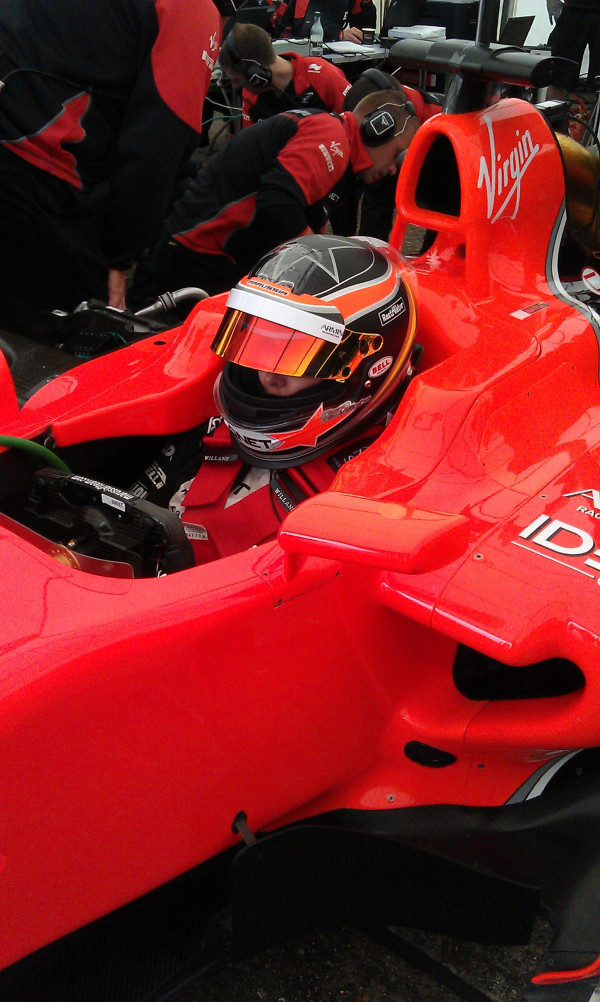 In the round-up: The family of Maria de Villota say her death was related to the injuries she sustained after suffering a serious crash while testing for Marussia last year.

?óÔéĽ?ôMaria left us while she was sleeping, approximately at 6am (on Friday), as a consequence of the neurological injuries she suffered in July of 2012, according to what the forensic doctor has told us.?óÔéĽ?Ř

“A statement from the Grand Prix Drivers’ Association (GPDA), which represents most but not all of those on the starting grid, said the silence would be held before the drivers’ parade.”

McLaren managing director Jonathan Neale: “We have to remember the contract Peter has at the moment is with Red Bull and I have to respect that. It is for them to talk about his leave date but in terms of our position, we have recruited Peter and we are really excited about him joining the team.”

“[Christian Horner] confirmed that Prodromou would not be able to work elsewhere until 2015.”

Webber: “We’ll have a standard race. It’s everyone for themselves to get the maximum result they can.”

“Constantin Medien on Friday applied to delay the start of the High Court civil trial partly because of what it called the ‘massive’ volumes of documents it had received from Mr Ecclestone?óÔéĽÔäós side, which were ‘very, very much more substantial than anyone expected'”. “I’m much happier than I was at the previous race even though the starting place is the same.”

Is Sebastian Vettel the greatest F1 driver ever? (The Telegraph)

Christian Horner: “I think it’s hugely disrespectful to Mark Webber to suggest that he isn’t a hugely talented race driver. We know Mark is seriously quick. And that for us puts into context Sebastian’s performance.”

“Sauber have followed the trend first set by Lotus and Mercedes of directing hot air from the brakes towards the inside of the rear tyres in order to improve the efficiency of the rear diffuser.”

A graphics comparison: Dorna vs FOM (The F1 Broadcasting Blog)

“Both sets have their positives and negatives. If you are looking for something easy on the eye, then FOM wins, but if you want a data driven set, then Dorna with their MotoGP graphics is a clear winner.”

Webber on Suzuka: "This is the links golf course of the golf world or the big wave stuff for the surfers." #F1

Hamilton just told me he won't be helping out Alonso if he happens to be in front of him in the race to keep the championship alive. #F1

They have shown so often that they can race wheel-to-wheel and I think Vettel has learned so much he won?óÔéĽÔäót make the same mistake as Turkey 2010.

Best case: Horner tells them to take care without imposing team orders and they come out within seconds after the last stop and show us an epic battle like in Sepang.
TMF (@TMF42)