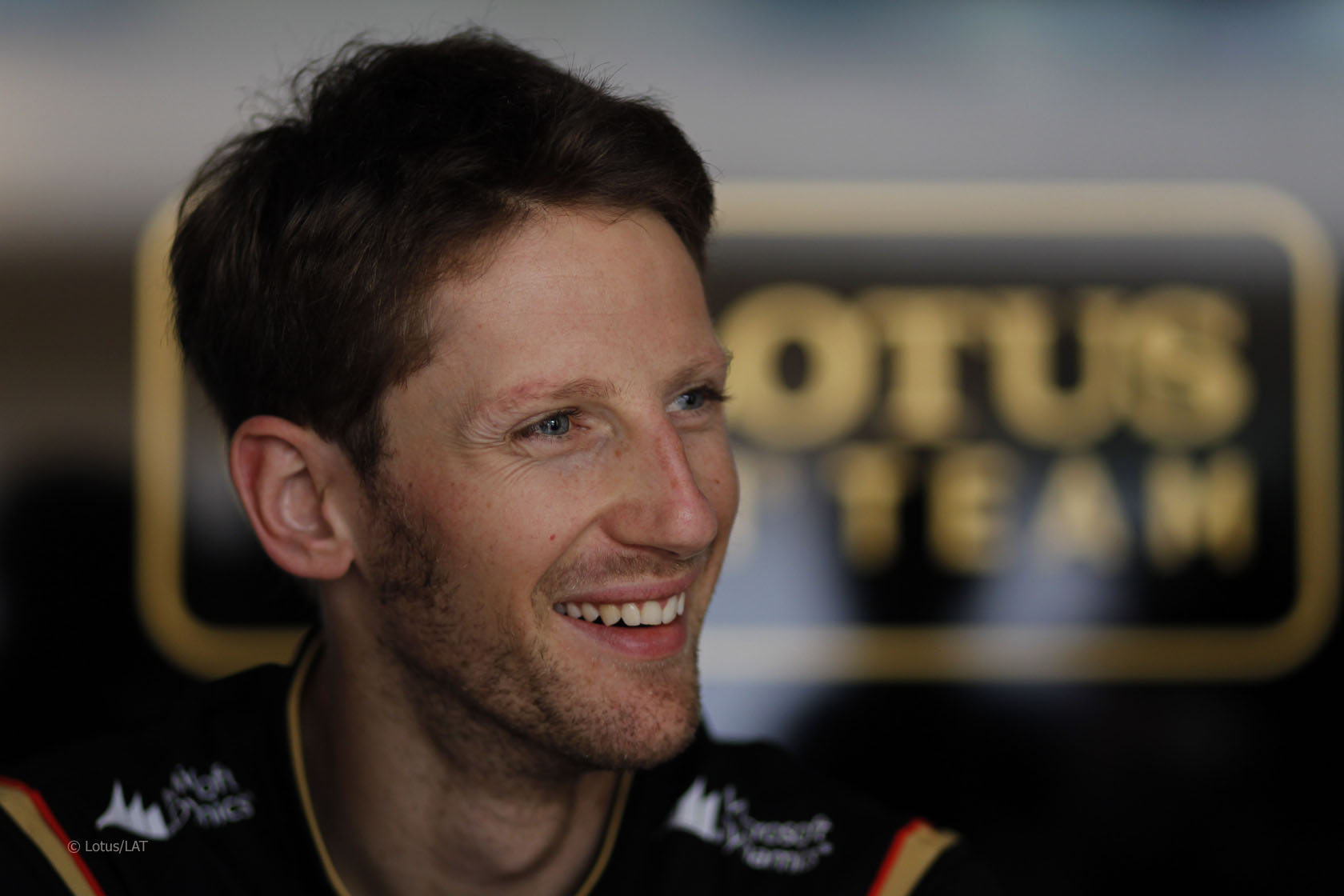 Romain Grosjean and Lewis Hamilton kept Sebastian Vettel from the top of the times in the first practice session.

On a hot track, with surface temperatures exceeding 45C, Grosjean set a quickest time of 1’44.241 on his final run with less than two minutes to go.

Mercedes and Red Bull traded the quickest times for most of the session, with Hamilton leading the way for much of the running.

Vettel was third, just over a quarter of a second off Lotus’s pace, and had a near-miss when he returned to the pits at the end of the session. Seemingly caught out by the slippery surface in the pits the Red Bull driver locked his wheels and knocked a tyre over, stopping just short of hitting his pit crew.

Their team mates lined up behind them with Paul di Resta next in seventh place as Force India continue to show signs of having regained their early season form.

Jenson Button was eighth for McLaren but was concerned about their traction as the session began. “Wow, we really have no grip at all,” he exclaimed after sliding in the final sector as he set his first lap time.

Team mate Sergio Perez, who was first to set a time after half an hour of running, was tenth quickest behind Pastor Maldonado.

Both Ferraris ended the first 90 minutes of running outside the top ten, Fernando Alonso 12th and Felipe Massa only 17th.