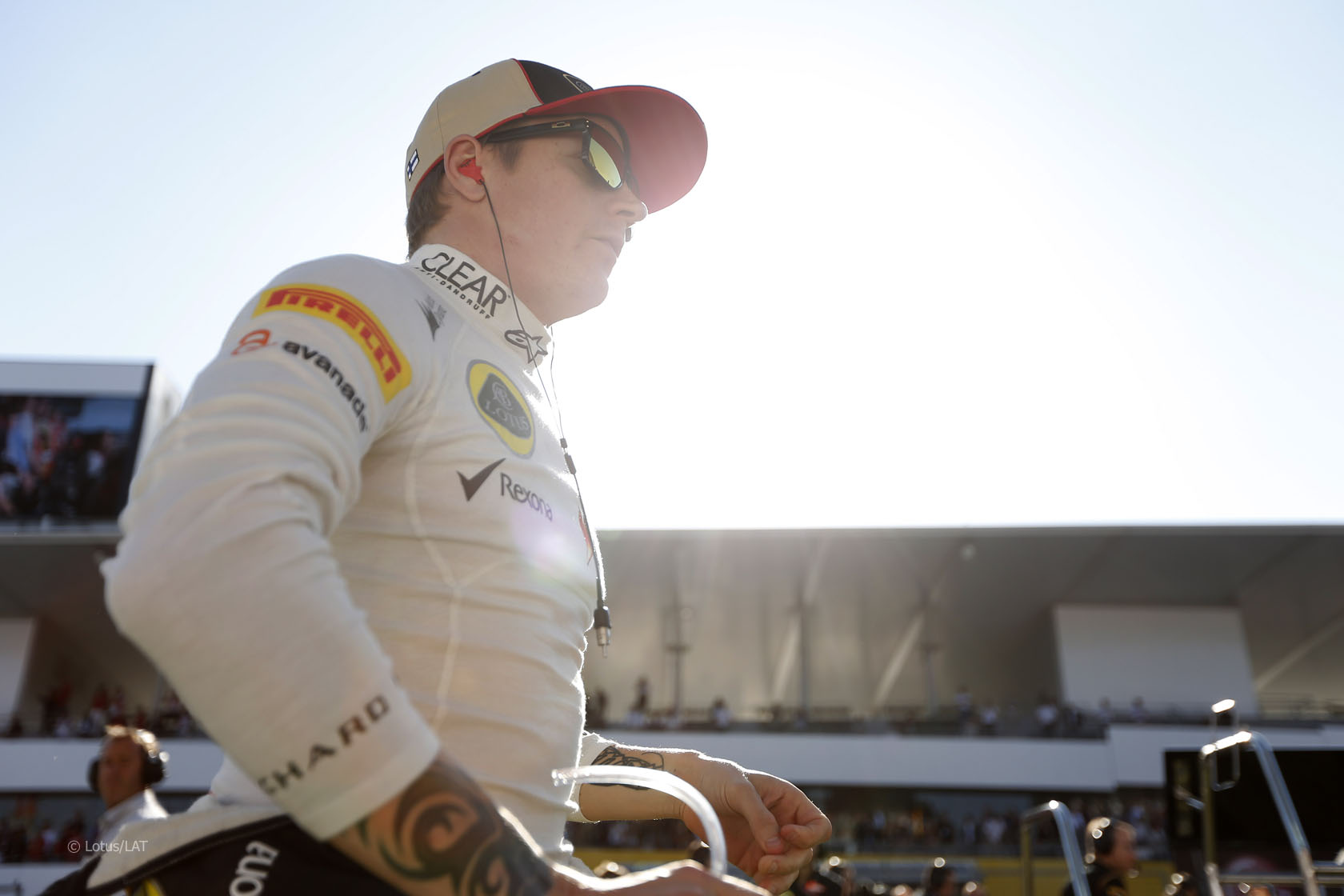 Kimi Raikkonen has warned Lotus the Abu Dhabi Grand Prix will be his last drive for them if they do not pay him his outstanding wages.

Raikkonen told reporters in Abu Dhabi “I haven’t been paid a single Euro this year” by the team.

“It’s an unfortunate thing because I understand the team’s side of it,” said Raikkonen.

“But sometimes when you been put in a position and told different stories and people thinks that you don’t work for the team or you don’t care what happens to them it’s not exactly true if I’m doing it without being really being paid.”

Raikkonen said he had considered not racing because of the situation. He has already agreed to drive for Ferrari next and said earlier in the season the shortfall in payments from Lotus was part of the reason why.

He indicated he had addressed the matter with the team again in Abu Dhabi, saying: “Hopefully we have a bit better understanding on certain issues what has been going through the whole year.”

Raikkonen added the radio row between him and trackside operations director Alan Permane was not a significant factor in his warning to the team or his refusal to show up for media engagements yesterday:

“In the end it has happened and it doesn’t change anything any more. But I mean that’s not the reason why I wasn’t here yesterday, it’s part of it but I wouldn’t say that this is a big part of it.”