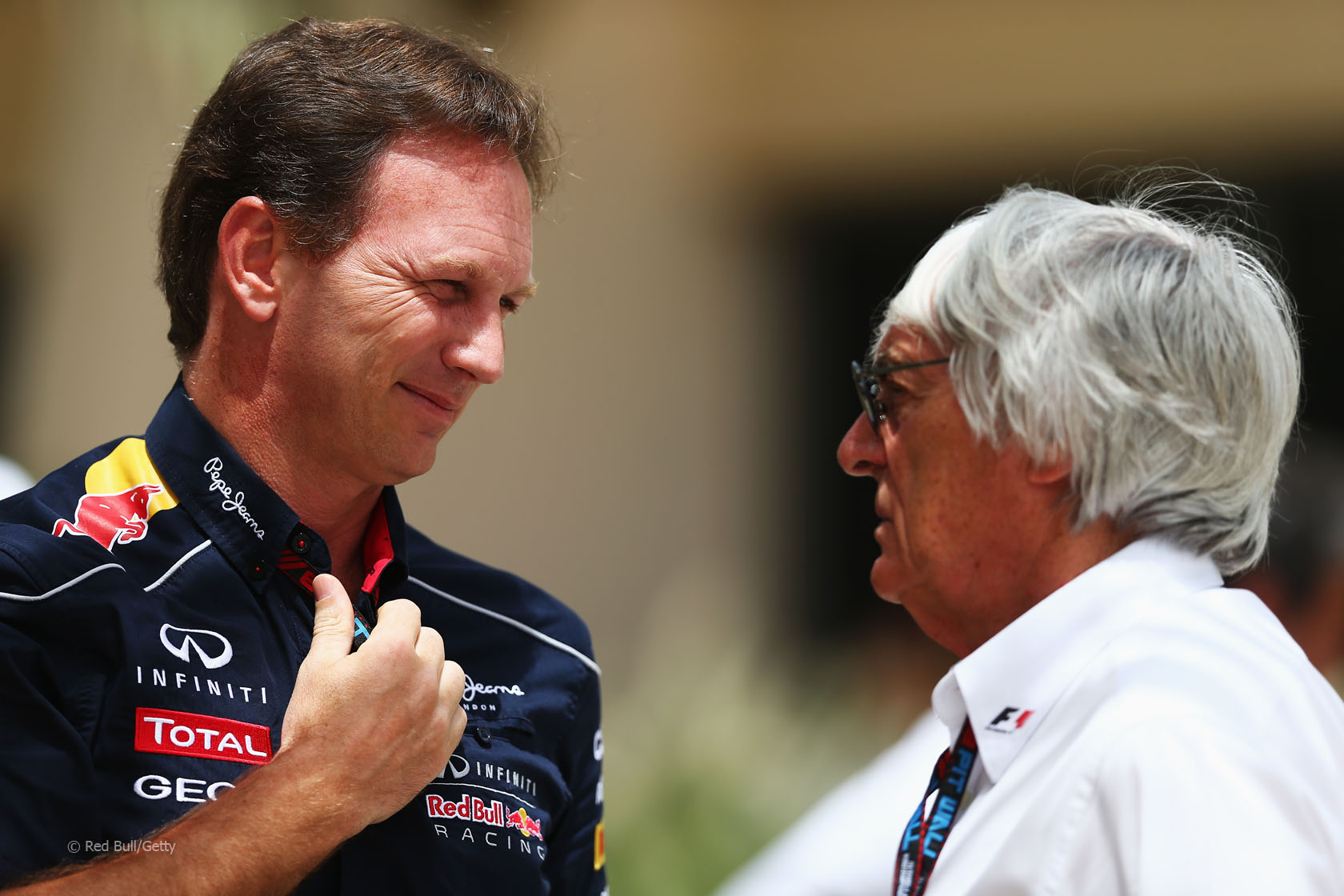 The FIA’s new Strategy Working Group has driven a wedge between F1 teams, provoking concerns it will allow the richest competitors to set rules that favour them.

The discussion and planning of future Formula One rules, which previously involved the input of all teams via the Sporting Working Group and Technical Working Group, is now controlled by just six of the predominantly wealthiest entrants.

The five F1 teams on the Strategy Group by right are Ferrari, McLaren, Mercedes, Red Bull and Williams. The sixth team is the high-placed outfit in the previous constructors’ championship, which was Lotus last year and will be again next year.

This has prompted concern from several teams not represented that they no longer have a voice in how F1 is governed. Representatives from all the teams have faced questions over how shutting out almost half the grid from the rule-making process can be justified.

Here’s what each of them had to say. Those constructors who are represented on the Strategy Group are marked with an asterisk (*). “The strategic group obviously is a group of teams, the FIA and FOM and it’s part of a process that’s been introduced. It’s a group that previously didn’t exist and it’s to try and make more headway and a speedier way forwards for forming and creating regulations.

“All the teams still sit on the Formula One Commission that still very much exists, that has the right to reject or approve regulations to be introduced but the strategic group is made up of teams that have made a firm commitment to the sport for many years to come and it’s a way of hopefully effectively introducing changes with the consultation of others because other groups will still exist but it’s hopefully an efficient way of introducing changes to the sport in years to come and I think that it is a positive thing.

“Time will tell if it works or not.” “Clearly Sauber is not so comfortable with it because we are not on it.

“We have nothing, as such, against a group that looks at certain matters and can bring up ideas and also maybe say that this is the right way to go ahead but what matters is that all interests should be represented.

“Teams like Force India or Sauber are part of the competition and we cannot be happy by being excluded by this group because we do feel that we have to ensure that that’s where the danger lies that there’s a proper representation of interests in there.”

“I have a good relationship with Christian Horner from Red Bull Racing and therefore we are a little bit involved, but nevertheless, the Strategy Group does not approve new rules because this comes from the Formula One Commission and in the Formula One Commission all the teams are involved and there’s a working process; there I don’t see any problem.” “I’m sure that everyone knew about it and by everyone I assume that because they’ve signed the agreement, they have accepted this way forward and for sure we have the big responsibility to make sure that all the systems of Formula One will go and take the right way for the future and for sure, we feel this responsibility.

“We don’t want to say ‘listen, we don’t care about the others’ because that’s not really the case. So, we take that on board and I’m sure that time will tell if we’re doing a good job or not.” “I think it’s disappointing not to be included, that’s one thing for sure. If we’re looking at sports’ governance then sport is fundamentally built upon the ethics of fair play and everything that goes with it.

“And so, when you’re looking at a body that is making really the strategic direction then it would certainly be nice to have some inclusion. You would look for some form of democracy, some transparency and some accountability.

“From our point of view, we’re not too sure how it’s all meant to work or is going to work because we’re not part of it, so it’s really quite difficult to even say whether this new body is going to be able to make the correct strategic decisions, but inherently, you have to think, when you’re outside of a group, you have to think ‘how can that group be making a decision that could be beneficial for everyone involved, including us?’ So it’s quite an enormous leap of faith, I think, that the teams who are excluded from it are being asked to make, that the structure will work.

“Obviously only time will tell and the group has an incredibly onerous role to play, because it has the future of the sport that so many of us depend upon and our employees and the wider supplier base. So it has a very very important task and you would intuitively think that in particular an element of democracy would be good but I guess time will tell.” “I think that we’re in an evolving process at the moment. The full governance of the sport hasn’t been defined in the new Concorde. I agree with many… there’s as much inclusion as you can have in the sport is a good thing and I think we’ve been consistent in that. I think McLaren endeavours to be a good citizen within the sport.

“…we haven’t done enough contemplation of the strategy or the strategic development of our sport. I think we can do a better job together in that regard. Let’s see what happens.

“I think it’s going to evolve over the next few months and hopefully it will evolve to a shape and a form where everyone feels comfortable.” “We are not a permanent part of this group but we are lucky enough to be part of this group now so sitting between these two chairs, I think there are some positive and some negative points. I can understand being there and not participating.

“I understand the frustration of the teams not being there. It’s true that it was a wish from the FIA and FOM to have another group, let’s say, before the F1 Commission to try to maybe go for decisions.

“For sure the proposal is to bring it to F1 and make it better and then bring these suggestions to the F1 Commission where they can be debated.

“We will see in the future if it works.” “When this was first mooted, I definitely did question whether the intention was to restrict decision-making to the six teams, to the exclusion of the smaller teams but when I was assured that that was not going to be the case, that the Strategy Group was to advise on future strategy concerning Formula One, to be then debated or voted upon at the Formula One Commission where all teams are represented, that obviously was a source of comfort.

“I’ve spoken individually to many team principals who are part of the big six as I call them, and all of them have assured me… that they will look after the interests of all, which includes the smaller teams and on the basis of that assurance, I actually voted to approve this new structure at the World Motor Sport Council, so so long as things work out the way they are intended to, only time will tell.”

“I think an F1 Strategy Group is a good thing. I believe it’s something that was missing generally in the landscape of Formula One; that’s – to a degree – running the risk of upsetting some people. Maybe it’s a bit too technocratic.

“Having said that, I think we need to preserve the working group that will properly execute and follow up any decision that is made by the F1 Strategy Group. So I think generally that to have a group that is also thinking of the marketing side of things, the commercial side of things, ensuring the final consequences of the decisions that are made by technical sporting people, is the right thing to do.

“And maybe we will not come up with some situations in which we are… for instance, the engine which is quite expensive – so that, in itself, is a good thing looking ahead. Having said that, I think that regarding inclusion, I would totally share Graeme’s view and more than anything, I just simply don’t understand why all teams are not represented. I think we would not want a situation whereby one team can block a process and we need to make sure that we are progressive and that’s one of the things in any democracy but that, in itself, does not justify the fact that half of the grid is not represented.” “I think that from the outset we would like to say that Williams as a team, we’re pleased that we are on it. Clearly it’s important that we are and the reason being is that we’re an historic team in the sport, we’ve been racing for 36 years.

“But Graeme talking about the democratic process around it, I don’t necessarily want to comment on that but I think from our perspective, certainly, we will be going in there, clearly representing Williams but also, I hope, representing the other teams and the greater good of our sport as well.”