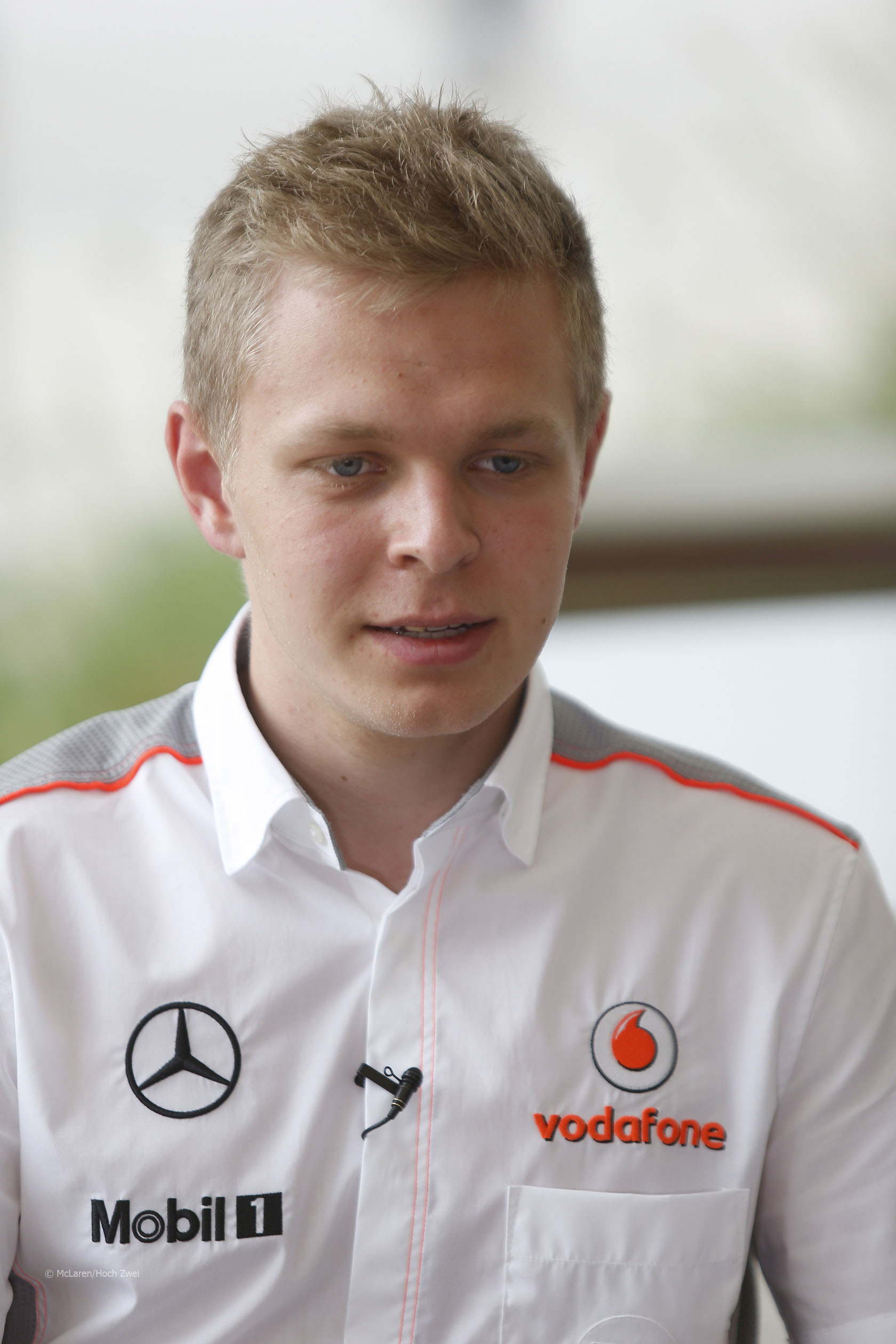 McLaren have confirmed they will replace Sergio Perez with rookie Kevin Magnussen in 2014.

Magnussen, 21, won this year’s Formula Renault 3.5 championship in emphatic style, taking five races wins along the way and losing another on a technicality. He also impressed the team during his Young Driver Test appearance for them at Silverstone in July.

Team principal Martin Whitmarsh said Magnussen was “clearly very talented and very determined, and we therefore have high hopes for him”.

“Moreover, every time he’s tested our Formula One car, he’s been very quick and very methodical, and his feedback has been first-class.

“Furthermore, the manner in which he won this year’s [Formula] Renault 3.5 championship was truly outstanding, showcasing as it did not only his impressive natural pace but also his increasing maturity and ability to structure and manage a championship campaign.”

Magnussen said he was “absolutely overjoyed” to be making his debut with McLaren and vowed “I won’t let you down, guys.”

“I’ll put it simply: this team is the best,” Magnussen added. “It’s been my dream to drive for McLaren ever since I was a small kid, and it’s no exaggeration to say that I’ve dedicated almost every day of my life to achieving the goal of becoming a McLaren Formula One driver.

“I have an enormous amount of respect for everyone at McLaren, and I want to say a massive ‘thank you’ to everyone, but most of all to Martin and his senior colleagues, for giving me this chance.”

McLaren rarely promote rookie drivers to their race team. Magnussen is the first to have the chance since Lewis Hamilton in 2007.

Before that the last driver to make his race debut for McLaren was Magnussen’s father Jan in the 1995 Pacific Grand Prix, substituting for an unwell Mika Hakkinen. It was a one-off drive, though Magnussen later spent a year and a half racing for Stewart.

Whitmarsh also added his thanks to outgoing driver Perez, who he said “has developed well during a difficult season, as his recent run of points-scoring finishes underlines”.

“He’s a lovely guy and a fine driver – fast and combative – and I’m sure he’ll build on that firm foundation in 2014,” added Whitmarsh. “All at McLaren wish him well for the future.”