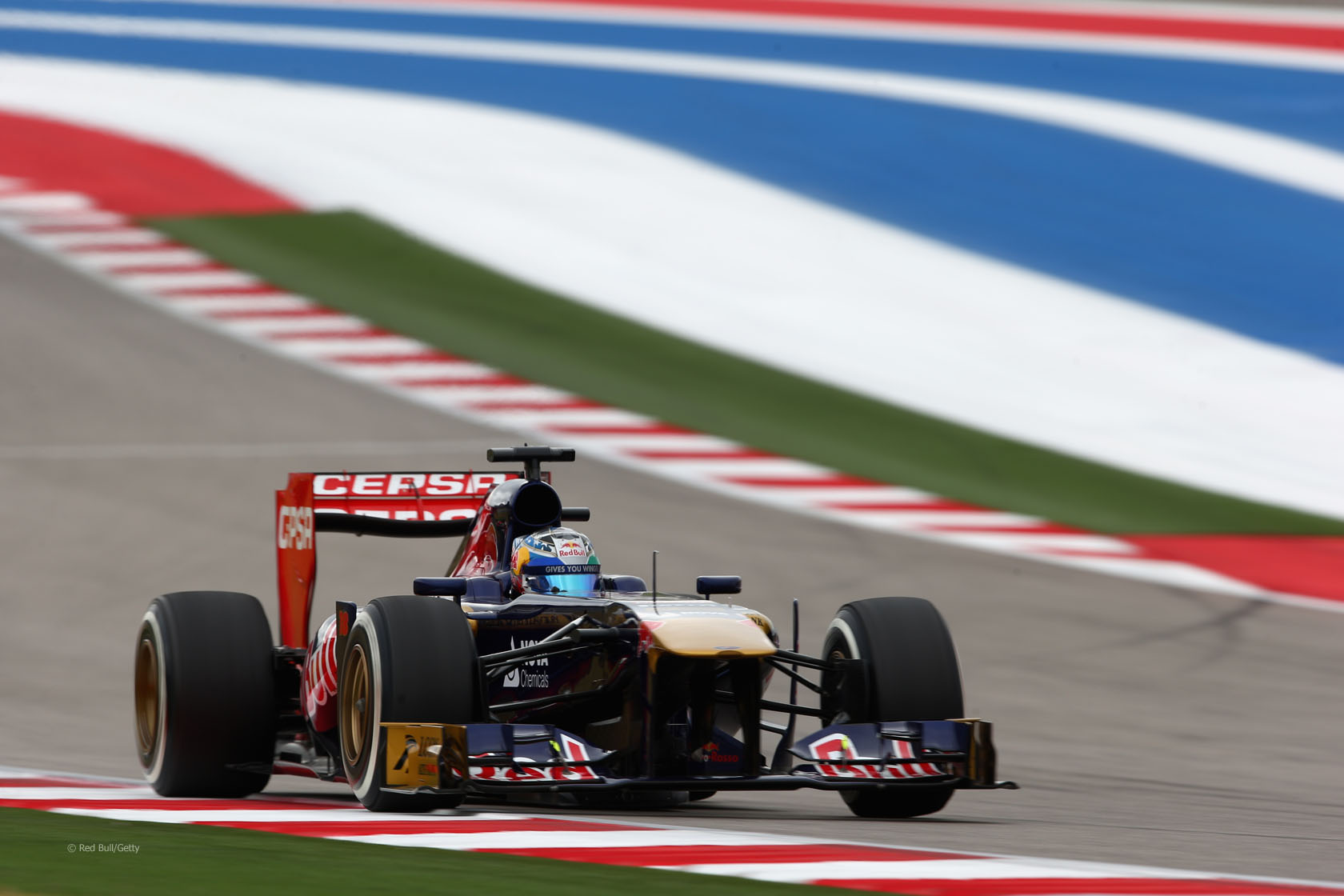 Jean-Eric Vergne has been moved down four places in the finishing order for the United States Grand Prix after receiving a penalty.

The stewards held Vergne responsible for a collision with Esteban Gutierrez on the final lap of the race and handed him a drive-through penalty. This was applied by adding 20 seconds to his race time, dropping him from 12th to 16th place.

His penalty moves Felipe Massa up to 12th place and Gutierrez to 13th. Heikki Kovalainen inherits 14th ahead of Paul di Resta.

However Vergne blamed Gutierrez for the collision, which sent the Sauber driver spinning off the track.

“On the last lap, I tried to pass my team-mate at turn one, and it didn?óÔéĽÔäót work and we ran wide, but I think he had used a bit of KERS on the straight so I couldn?óÔéĽÔäót pass him.

“I used all my KERS on the next straight to try and outbrake him but then Gutierrez clipped my rear wheel at turn 12 and he tried to pass me and we touched.”