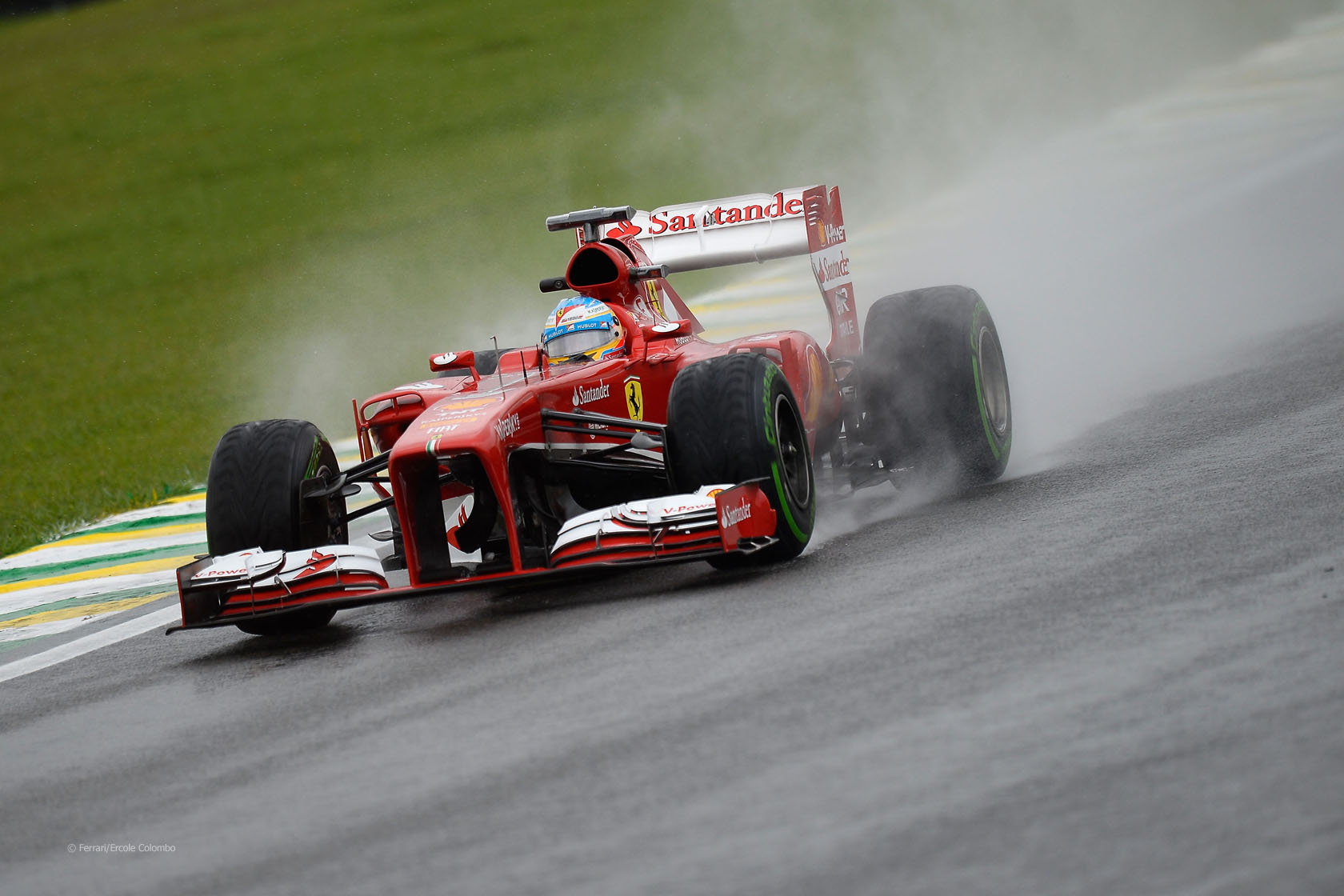 Fernando Alonso said he should have qualified on the front row of the grid for the Brazilian Grand Prix but he made a mistake on his fastest lap.

The Ferrari driver admitted to “mixed feelings” after taking third on the grid – his highest starting position since the Bahrain Grand Prix – in a rain-hit qualifying session.

“I’m happy to be so up on the grid, finally, because we start between seventh and tenth in the last five or six grands prix which is not ideal,” said Alonso. “So being in the first three is good.”

“But not totally happy with my lap. I lost a lot of time. Not obviously to beat Seb, he’s too far in front of us, but I think for second place was not difficult.

“I lost something like seven or eight tenths in turn four running off the circuit in the paint area and losing a lot of time there.

“I think second could be possible but obviously not sad with third and all the opportunities for us in tomorrow’s race starting up at the front.”

Alonso said “sorry” to his team on the radio after the end of qualifying. Race engineer Andrea Stella replied: “I don’t think you ever have to say ‘sorry’ to us.”

32 comments on “Alonso apologises to team after missing front row”