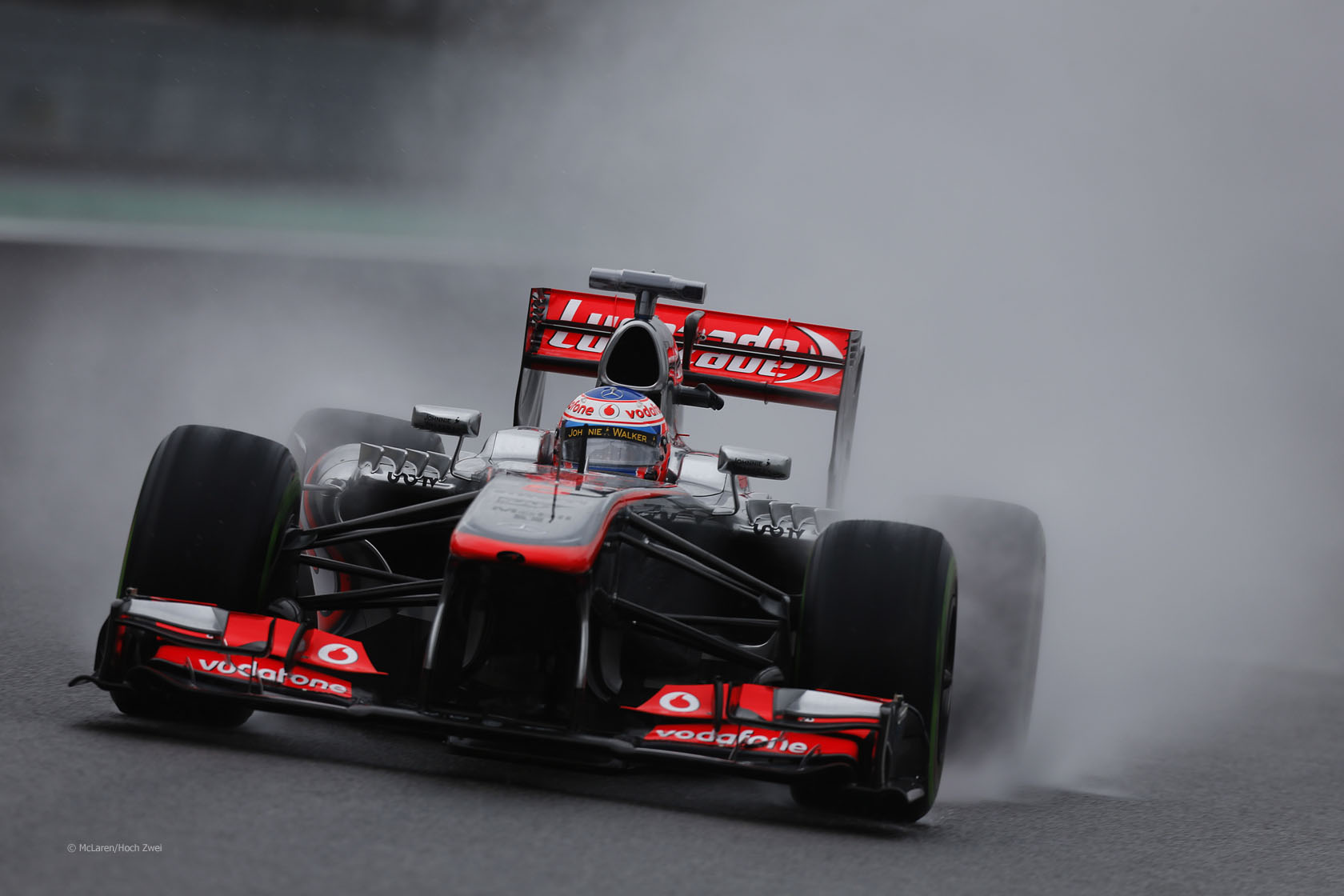 Jenson Button said choosing not to run during practice to save tyres may have compromised McLaren’s qualifying effort.

Button was one of four drivers not to set a time during the final hour after practice at Interlagos, in order to preserve his tyre allocation for the weekend.

“We sat out most of FP3 in order to save tyres, which felt like the right thing to do at the time, but in retrospect maybe it wasn?óÔéĽÔäót the right call,” said Button after qualifying 15th.

“After all, we hadn?óÔéĽÔäót run in wet conditions on the intermediate tyres before qualifying, so we weren?óÔéĽÔäót prepared for the problems we then encountered. But hindsight is a wonderful thing.”

“We were running a low-downforce configuration, which probably didn?óÔéĽÔäót help either,” he added. “We felt that set-up was working for us yesterday, when it wasn?óÔéĽÔäót as wet, but it probably hurt us in getting pressure into the tyre.”

“Still, we were good in Q1 ?óÔéĽÔÇŁ I ended up in [seventh place] ?óÔéĽÔÇŁ but, when it rained harder in Q2, I couldn?óÔéĽÔäót get enough temperature into the tyres.”

Button added the team expect drier conditions for tomorrow’s grand prix: “Hopefully we?óÔéĽÔäóll have some good racing, and we won?óÔéĽÔäót spend too long behind the Safety Car.”

12 comments on “Button has doubts over practice tactics”