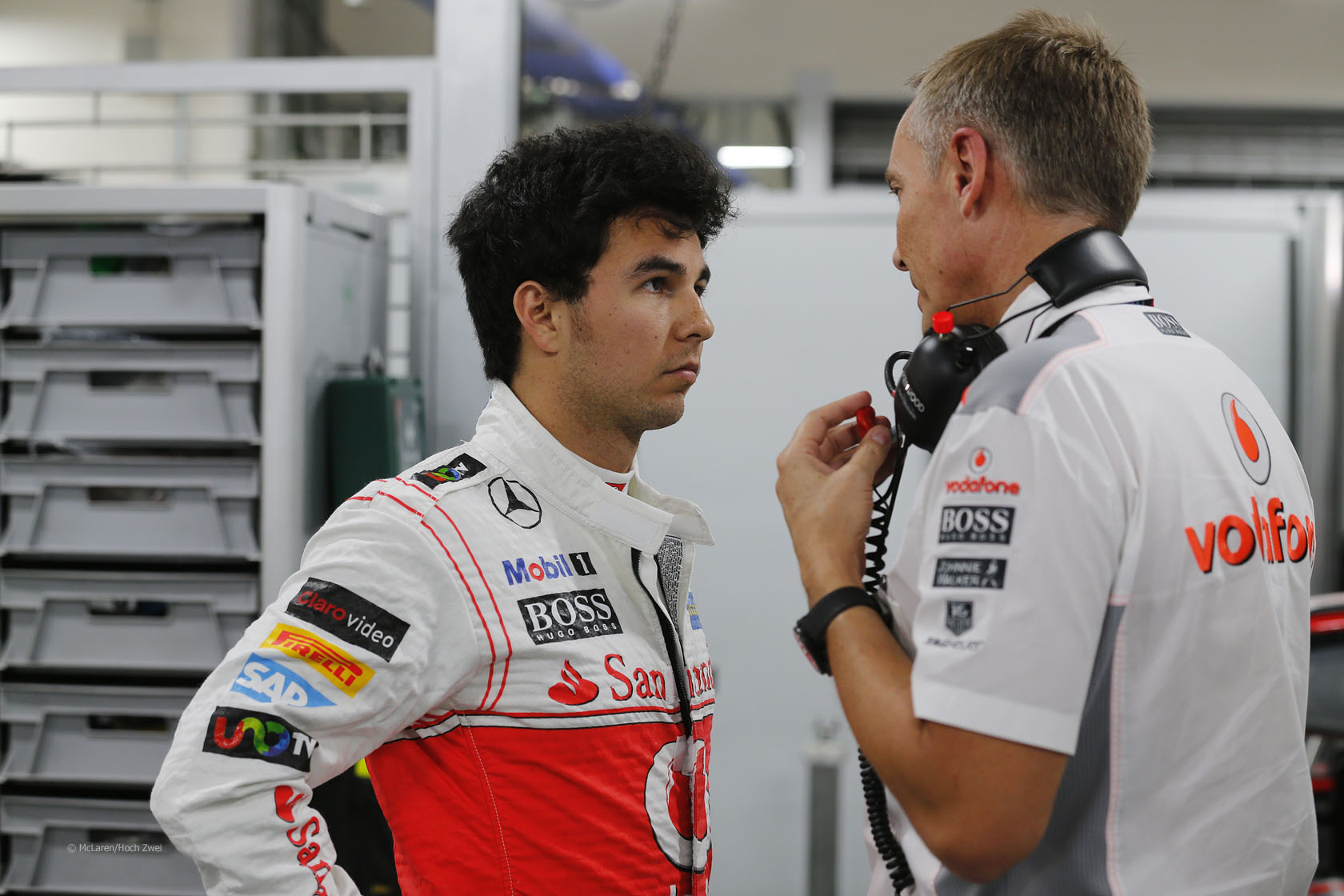 In the round-up: Martin Whitmarsh says he is happy ousted driver Sergio Perez is closing on a deal to drive for Force India next year.

“Perez was dropped by Whitmarsh less than a fortnight ago after one year at McLaren but the Mexican is expected to drive for Force India next season.”

James Allison: “The team has been one-by-one picking off its weak points. It’s a work we will need to continue and a work we will never stop doing even once we do finally get ourselves back to the front.”

“Thankfully we managed to secure this championship reasonably early which has enabled all the focus to go onto the RB10, whilst obviously Ferrari and Mercedes have been battling each other for the runners-up position.”

Di Resta risks being the man who misses out (Reuters)

Paul di Resta: “I’ve done what’s asked of me when the car is under me and who knows? I’ll be in competitive racing…but remaining part of Formula One has to be my ultimate goal.”

“The team I knew in 2011 changed a lot, and I was not full of confidence with the people around the team at the moment.”

“For 2013 McLaren followed Ferrari’s 2012 lead by introducing pull-rod front suspension. Unlike Ferrari’s set-up, however, McLaren’s is far easier to work on.”

“David Coulthard: I?Û‘Èº‘‰Ûll be frank with you Jenson, I?Û‘Èº‘‰Ûm a bit pissed off, because you are about to enter your 247th Grand Prix, and I thought at least I would keep the record of 246 starts, the most of a British driver. You?Û‘Èº‘‰Ûve got a World Championship, you?Û‘Èº‘‰Ûve got more wins than me, and you?Û‘Èº‘‰Ûre stealing that from me as well.?Û‘Èº?ÿ
Jenson Button: ‘But you?Û‘Èº‘‰Ûve still got your looks!'”

Losing our way (The way it is)

“F1 should have a roaring future but the business model Ecclestone created may be broken and as his grip on the sport recedes the political and power struggles within the FIA and among the F1 team owners and manufacturers may make F1 impossible to govern in the future.” Ex-F1 driver Juan Pablo Montoya had his first test for Penske’s IndyCar team at Sebring International Raceway yesterday. More images via the picture above and check the forum thread for Montoya’s comments on how the IndyCar compares to the NASCAR he’s been racing since leaving F1 in 2006.

Shocked to learn that the FIA is only now preparing to begin (!!) updating the Medicine in Motorsport book.

@Bleu spotted some more statistics from the Brazilian Grand Prix:

And happy 60th birthday to Desire Wilson. The South African driver is the only woman to have won a race for Formula One cars, in the British Aurora series in 1980 at Brands Hatch. However her attempt to qualify for the world championship round at the track that year was unsuccessful.

Her sixth place finish in the 1981 South African Grand Prix should have made her the first woman to score a full point in a world championship race. However due to a row between the FIA and the Formula One Constructors’ Association the race was stripped of its championship status.

98 comments on “Whitmarsh pleased Perez is heading to Force India”