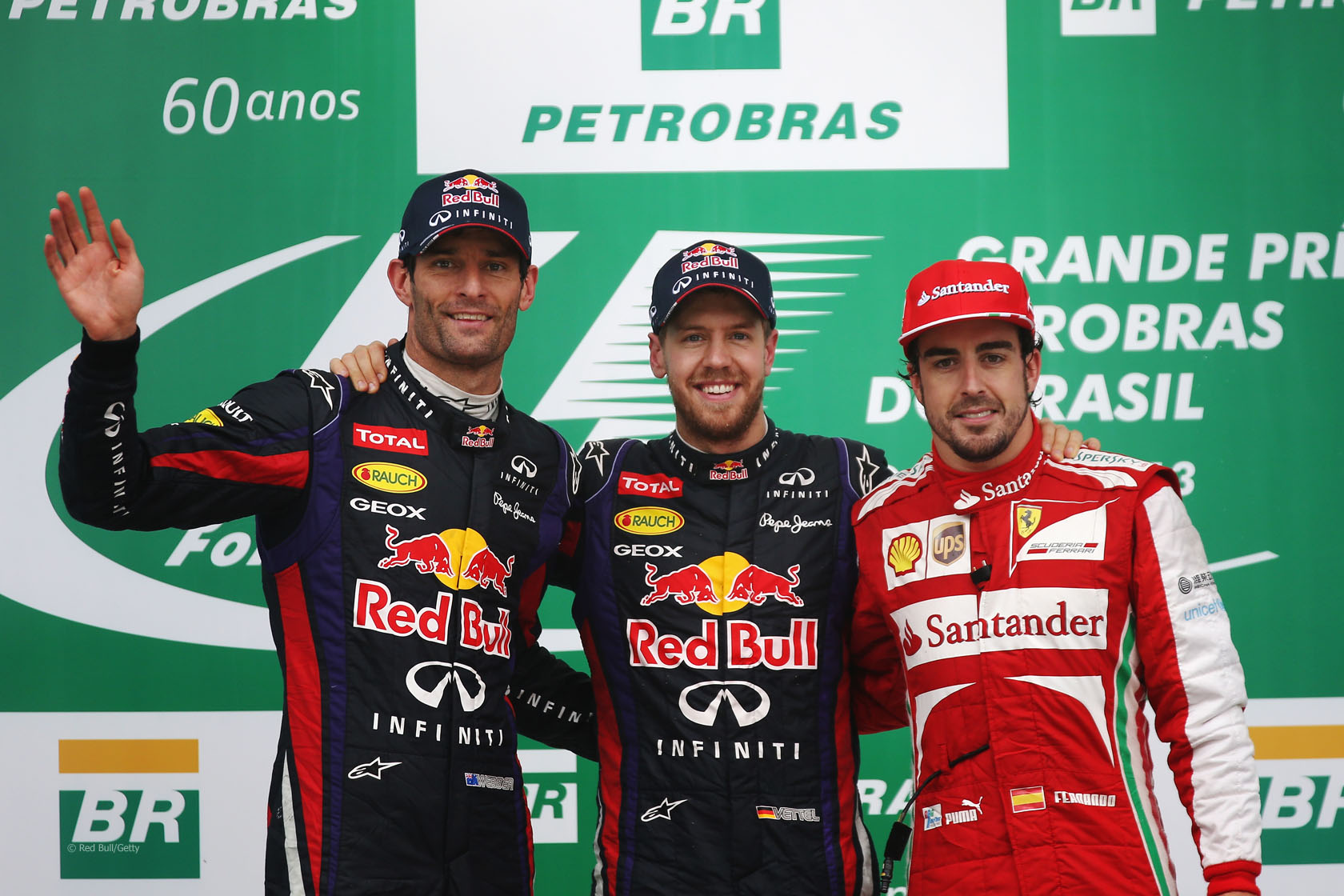 @Adaptalis won the 2013 F1 Fanatic Predictions Championship and did it in fine style after making the best prediction of the final round.

That means they scoop the grand prize in the 2013 F1 Fanatic Predictions Championship: Grandstand tickets for them and a friend for next year’s British Grand Prix.

@MrPranz headed the points going into the final race after a perfect score in the United States Grand Prix, but slipped back to second place overall. They win ?é?ú200 to spend on grand prix memorabilia from Memento Exclusive.

And in third place in the final standings @Piet has won a Formula One painting of their choice from Rob Ijbema’s Car-a-Day website.

And here’s the details of what the top three players won in the Brazilian Grand Prix round:

But it packs in much more than that. For the first time Codemasters have added classic cars and tracks to their game. Five Ferraris are among the retro F1 cars on offer, including the 1976 312 T2 raced by Niki Lauda and featured in the new film Rush.

Over 100 prizes were won in the F1 Fanatic Predictions Championship. Congratulations to everyone who won and for those who didn’t, don’t worry, we’ll be back again next year with even more prizes to be won!