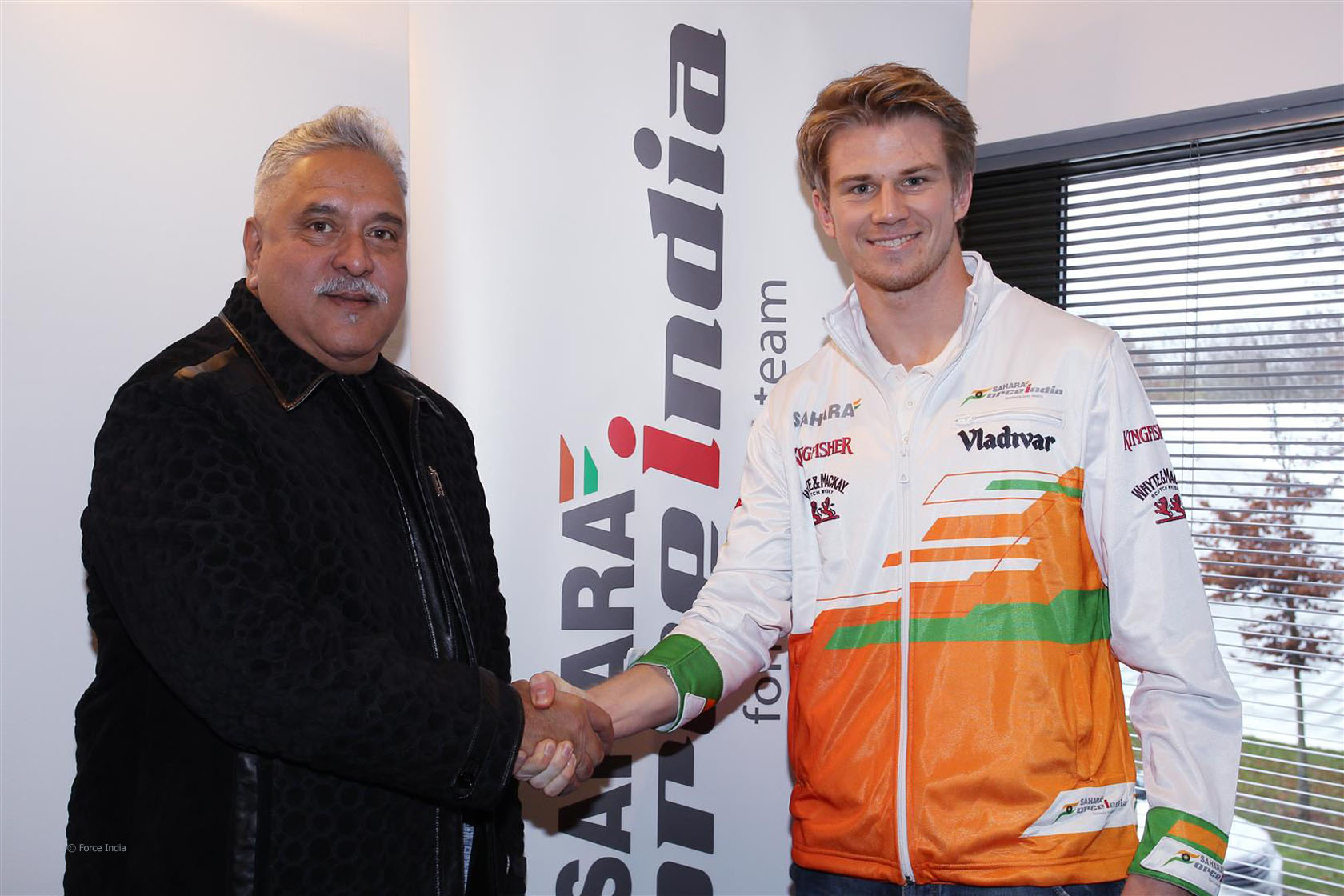 Nico Hulkenberg will drive for Force India again in 2014 after his departure from Sauber was confirmed.

The 26-year-old will return to the team he raced for in 2012 in a “multi-year deal”. Hulkenberg also drove for Force India as a reserve driver during the 2011 season.

Team owner Vijay Mallya said Hulkenberg had shown he was “an exceptional talent” when he last raced for the team.

“Having Nico in our line-up is a real statement of intent and a huge boost for everyone associated with the team. We have high hopes and expectations for 2014 and by signing Nico we have put ourselves in the best position to achieve those objectives and enjoy what could be our most competitive season yet.”

“I am happy to come back to Sahara Force India,” said Hulkenberg. “The team is aiming high for next year and I believe that the experience I have gained over the years will help us achieve those goals.”

“I genuinely believe we can have a competitive package in 2014. I’ve heard a lot of positive things about the Mercedes engine as well, so I think there is a lot to be excited about for next year.

“I know this team and I can see their determination; it’s a great bunch of people and we all share the same hunger for success.”

Force India are yet to confirm which of this year’s drivers, Paul di Resta or Adrian Sutil, will be replaced by Hulkenberg.

See the updated list of 2014 F1 drivers and teams.

155 comments on “Hulkenberg returns to Force India for 2014”