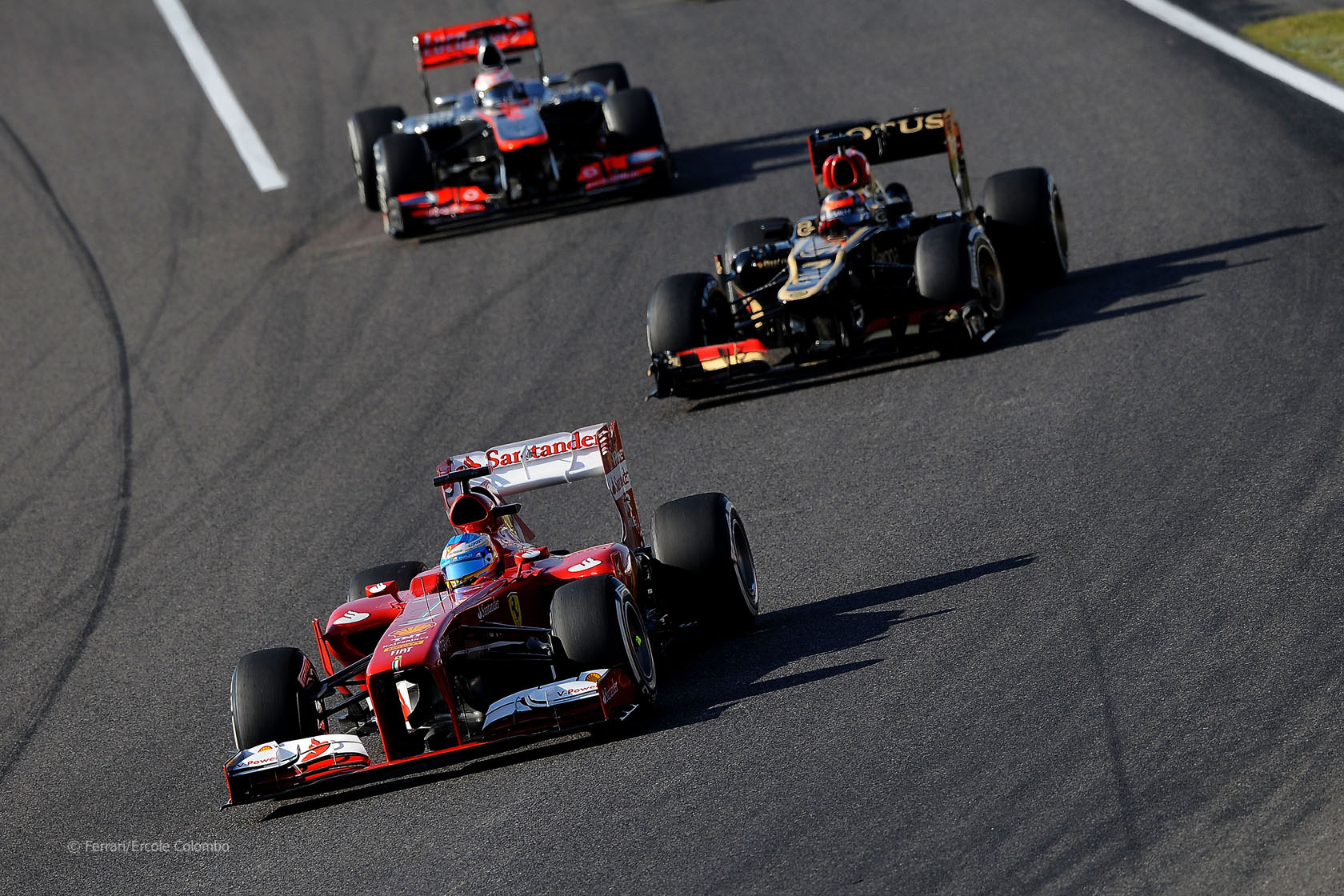 Red Bull have usually been the team to beat since the last major change in the regulations at the beginning of 2009.

However they have not enjoyed uninterrupted supremacy: Brawn (now Mercedes), Ferrari and McLaren were able to disrupt Red Bull’s supremacy, if only temporarily. And the reliability of Adrian Newey’s car’s has only ever been sufficient at best.

On top of that at various points in 2013 Red Bull’s performance was further constrained by the fragility of the latest generation of F1 tyres produced by Pirelli.

Even after a mid-season change which moved the tyres closer to those used in 2012 there were still occasions where Red Bull’s drivers were having to operate well within what the car was capable of.

Behind them there were several major changes in the competitive order this year. But the overall picture altered little during the course of the season, which was most likely due to teams being more concerned with turning their attentions to 2014 than trying to make the best of a bad job this year.

This graph shows how far each car’s best lap time was away from the quickest lap of the weekend, as a percentage.

McLaren had the fastest car over a single lap on average last year but conspicuously failed to reach anywhere near that level of performance this season. Relative to the opposite they were over 1% slower, the biggest loss of any team bar Williams.

Mercedes had the quickest car over a single lap in the first half of the season. After the Hungarian Grand Prix, the first race run on the revised tyre compounds, they had set the quickest lap of the weekend in eight of the ten races.

From then on, however, Red Bull led the way. They turned up with the quickest car over a single lap at every race and Sebastian Vettel wielded it to devastating effect, winning all nine of the remaining rounds.

Another defining feature of the 2013 season was that the cars were not as evenly matched. Last year less than 1% of lap time covered the top eight teams on average. Half as many teams were separated by the same amount this year.

And with a major change in the rules coming for 2014 it would not be a surprise to see this trend continue. This year more than ever, having a car which was quick over a single lap mattered little if it destroyed its tyres. Some teams made a virtue of being able to finish races using one fewer pit stop than their rivals, particularly in the first half of the season when the rubber was especially delicate.

This table reveals which drivers were best able to do that – it shows whether a driver made the same number of pit stops as most other drivers in the race, fewer (a negative number) or more (a positive number), and their total difference across the season.

Vettel, interestingly, made the same number of pit stops as most of his rivals in every race. Lotus and McLaren were often able to extend their stints and reduce their number of pit stops, as did Force India, though Paul di Resta enjoyed better success with that tactic than team mate Adrian Sutil did.

However with moves afoot to impose two mandatory pit stops for competitors in every race next year, this kind of strategic variation could soon be a thing of the past.

Last year’s McLaren’s biggest weaknesses was reliability. They clearly solved that problem this year and became the first team to get both their cars to the finish in every round.

Ferrari also completed the season without any race-ending technical problems. But Jean-Eric Vergne bore the brunt of Toro Rosso’s unreliability, accounting for five of their six failures.

This graph shows hw many ties each teams’ car was not classified in the race and breaks down the causes into technical failures and other problems.