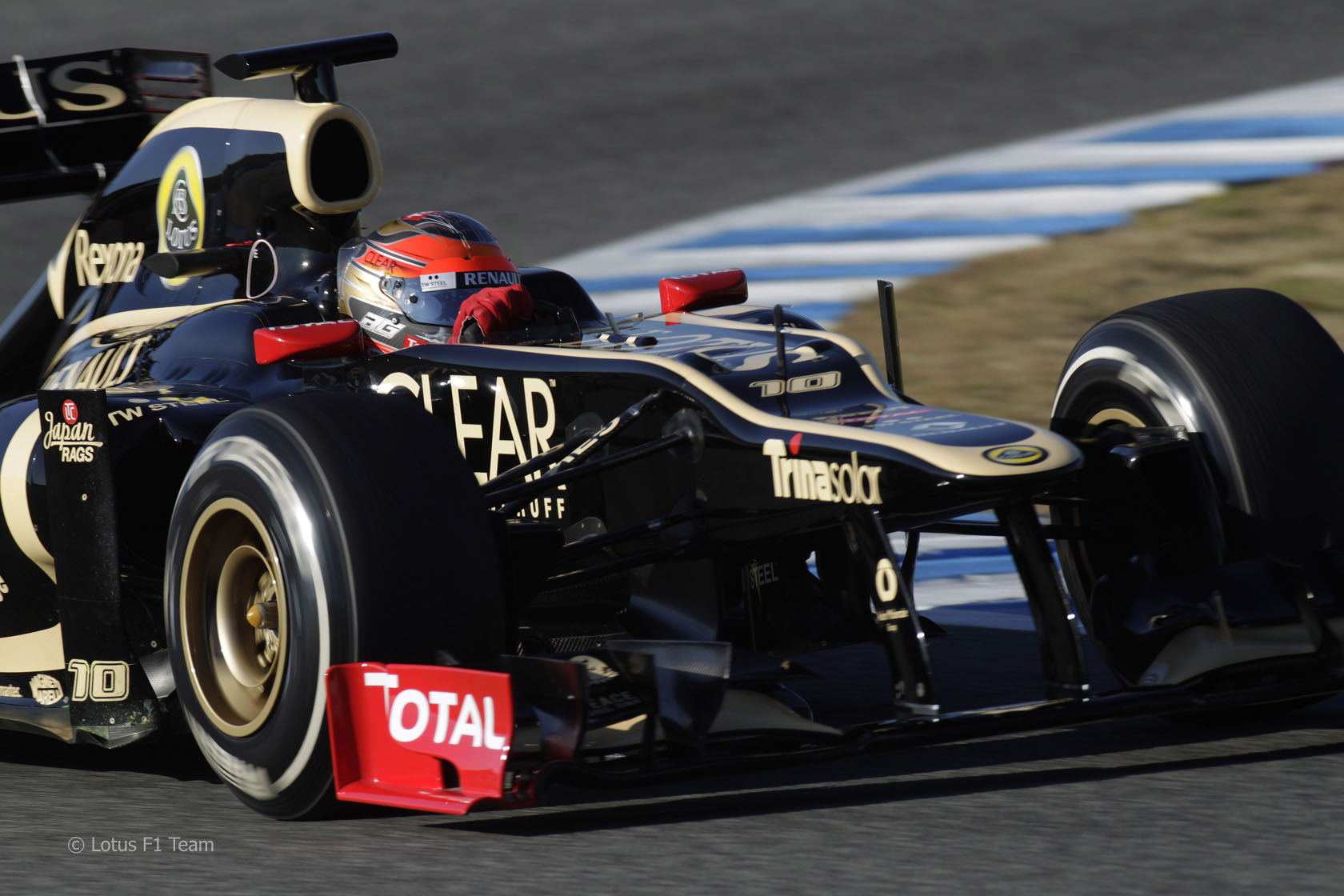 Lotus will not have their 2014 car ready for the first test of the year at Jerez.

With the first test of 2014 due to being three weeks from tomorrow, Lotus have become the first team to confirm their new contender will not be ready in time.

“We?óÔéĽÔäóre going to keep our car under wraps a little longer than some other teams,” said technical director Nick Chester. “We?óÔéĽÔäóve decided that attending the Jerez test isn?óÔéĽÔäót ideal for our build and development programme.”

Chester added the team intends to have the E22 ready for the second test of 2014 which begins on February 19th. “We are likely to unveil the car before attending the Bahrain tests,” he said, “and in Bahrain we should really be able to put the car through its paces in representative conditions”.

The new car is yet to pass all of the FIA’s mandatory crash tests, Chester added.

“We?óÔéĽÔäóve made very good progress with the various homologation tests which took place before Christmas including chassis squeeze and side impact loading tests as well as the rear crash structure, meaning we just have the nose test to complete the car?óÔéĽÔäós homologation.”

“We?óÔéĽÔäóve undertaken chassis fits for Romain [Grosjean] and Pastor [Maldonado]. Certainly, our partners who have seen the car have reported themselves to be very impressed with the layout and various solutions to the new technical challenges.”