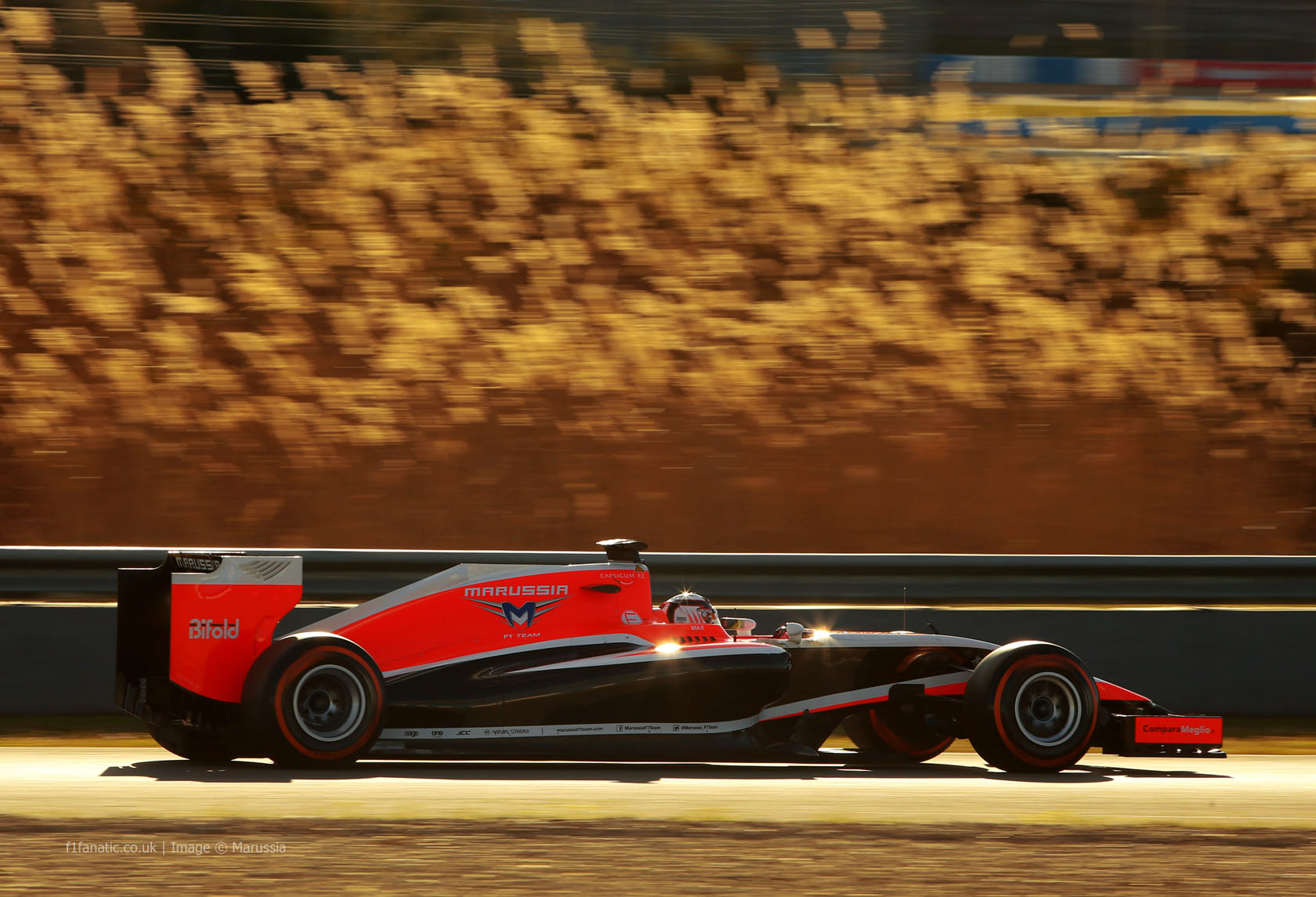 With less downforce and more torque, the new generation of cars are proving trickier to drive. But Lowdon raised doubts over whether the new V6 turbo engines will provide the same aural impact as the V8 they have replaced.

“I think on television the spectacle is set to be absolutely amazing – really, truly amazing,” said Lowdon during testing at Jerez last week.

“I hope that’s the case because the TV audience is obviously very large and very important to everyone involved.”

“What I hope is that we haven’t – I hope we don’t lose the magic that happens in the garage when you take the lucky few people into that environment,” he added. “And where that’s really important.”

“We take decision-makers of large international companies who are funding this sport into that environment and you can see on their case that they’re visibly moved when a Formula One car fires up.

“For people who are passionate about the sport the sound and the smells and everything are kind of, make a lot of sense. But one of the really powerful things about Formula One is that for a lot of people experiencing that kind of environment for the first time it’s another world, they cannot believe… it’s almost like a violent energy inside these cars, they’re so powerful.

“And I think it’s important to have that texture in Formula One because it helps demonstrate that Formula One really is different and so, you know, we have to make sure that we maintain that somehow.”

Lowdon said the new power units made noticeable less impact: “It’s certainly quieter because you can make a ‘phone call during a test at Jerez – I’ve never done that before. They’re certainly different.”

“The small amount of running I’ve seen on the track already suggests that on the TV it’s going to be really quite spectacular,” he added.

“But as ever with regulation making it’s a balancing act between making sure that something’s appealing for the TV audience and by far the greatest number of fans watch F1 on television but it’s really important for the promoters to have the unique atmosphere of a grand prix and we’ve said all along that has to be protected.

“It really is important. But then even beyond that there’s an even smaller audience which is so important to this sport who are the decision makers who help fund sponsorship into the commercial rights holder and the teams and we have to maintain that magic.”