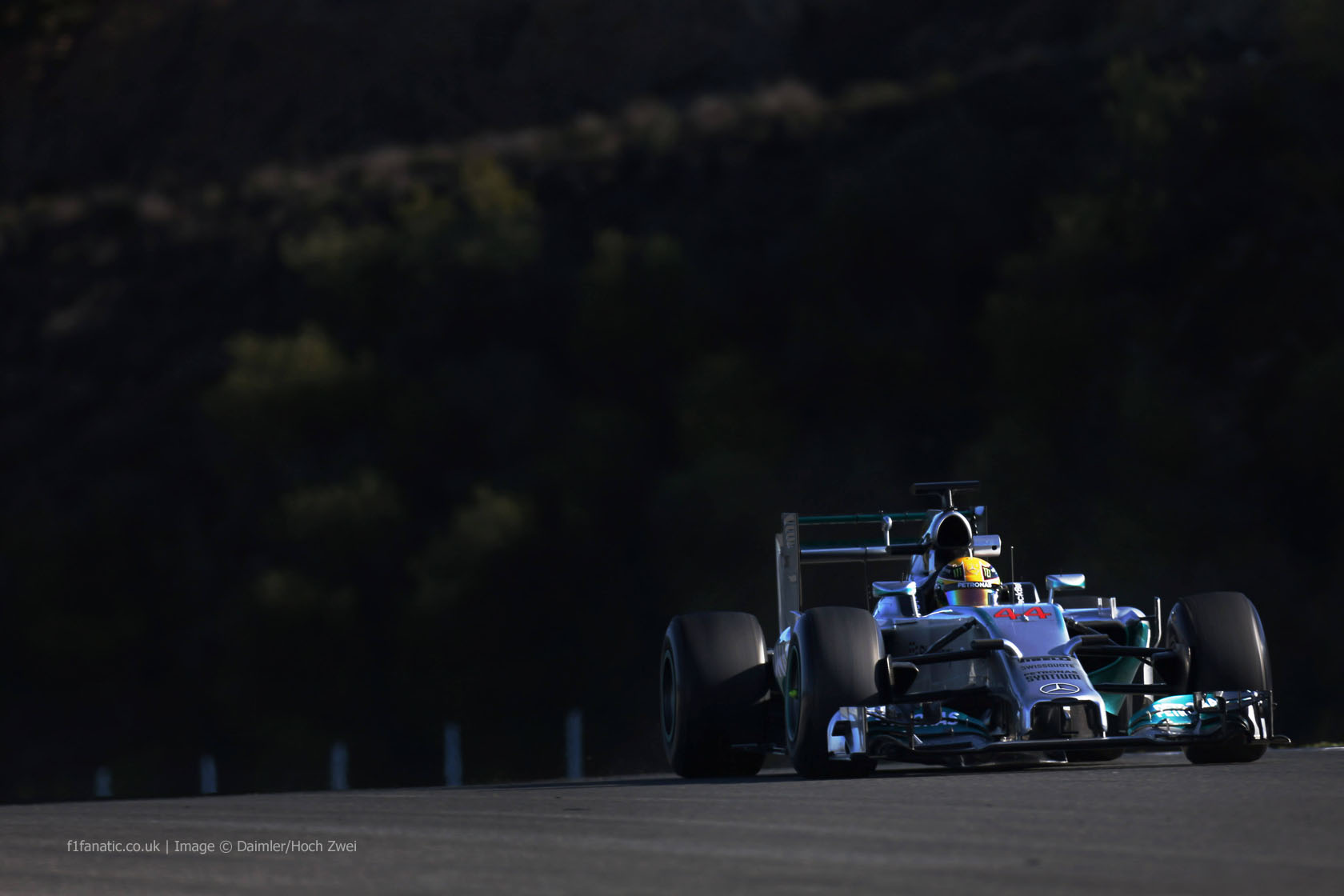 Last week Formula One drivers had their first taste of a radical new generation of engines.

But while much attention has been focused on the downsizing of engines from normally aspirated V8s to turbocharged V6s, the introduction of more powerful and complex energy recovery systems will have the biggest effect on driving technique.

The internal engine plus its heat and electrical energy recovery systems are collectively known as the power unit [PU]. The car’s electronics have to continually balance performance against economy as a driver varies his demands for acceleration over the course of a lap.

The upshot of this is that when a driver puts his foot to the floor at the exit of a corner, he may not get all the power his internal combustion engine has to offer.

“It is an indication to the PU given by the driver to go as fast as possible with the given energy.”

Staying within the maximum fuel allowance of 100kg and peak fuel rate of 100kg per hour will require careful management of the power unit over the course of a race.

“Effectively, once the driver applies full throttle, the control systems manage the power of the PU, with the aim to minimise the [lap] time within the given energy,” said Tokunaga.

How the new power units perform over a lap The demands on the different parts of the power unit will vary over the course of a lap. Flat-out, the engine will be draining its tank and the turbocharge spinning at up to 100,000rpm.

When the driver reaches a corner and begins to brake the function of the MGU-K changes – it now acts as much as the KERS units of old, recovering energy from braking to story it in the battery.

The MGU-H also performs a different function. As the engine is no longer spinning the turbocharger the MGU-H takes over. This is to reduce the lag which would otherwise occur when the driver came to accelerate out of the corner and found the turbocharger was rotating too slowly.

Although the driver does not have total control over this energy transfer, he can take charge when he needs to.

“Of course, there will be certain driver-operated modes to allow him to override the control system,” said Tokunaga, “for example to receive full power for overtaking”.

“Using this mode will naturally depend on the race strategy. In theory you can deploy as many times as you want, but if you use more fuel or more electric energy then you have to recover afterwards. The ‘full boost’ can be sustained for one to two laps but it cannot be maintained.”

In qualifying the need to conserve fuel obviously does not apply, meaning the drivers will be flat-out. But as they can only recover half as much energy per lap as they can use, drivers will not be able to do two consecutive laps with full electrical boost.

Because of the need to cool down the tyres between qualifying runs this will usually not be a concern. However it may be a consideration in a scenario where qualifying is taking place on a wet but drying track. Drivers also use their boost before crossing the start line and beginning a qualifying lap, to increase their starting speed. While reliability has reached record levels in recent seasons, one component which has caused a series of failures for some teams – notably Red Bull – is KERS. These often caused only a minor loss of lap time and no need to retire the car. But comparable failures with the more sophisticated hybrid power elements in this year’s cars will be much more serious.

“If we lost the MGU-K we would keep the car running,” confirmed Mercedes managing director Andy Cowell in Jerez. With these devices being a major area of development this year he was cagey about the likely time loss, putting it at above one second per lap and less than ten.

“You lose the MGU-K it’s greater than a second,” he added. But not only would a driver suffer a lack of outright performance, their fuel consumption would also suffer, giving them another headache.

A car would also be able to continue running if its MGU-H were to fail, though turbo lag would also become an additional problem. “Losing both electric machines is bad news,” Cowell added.