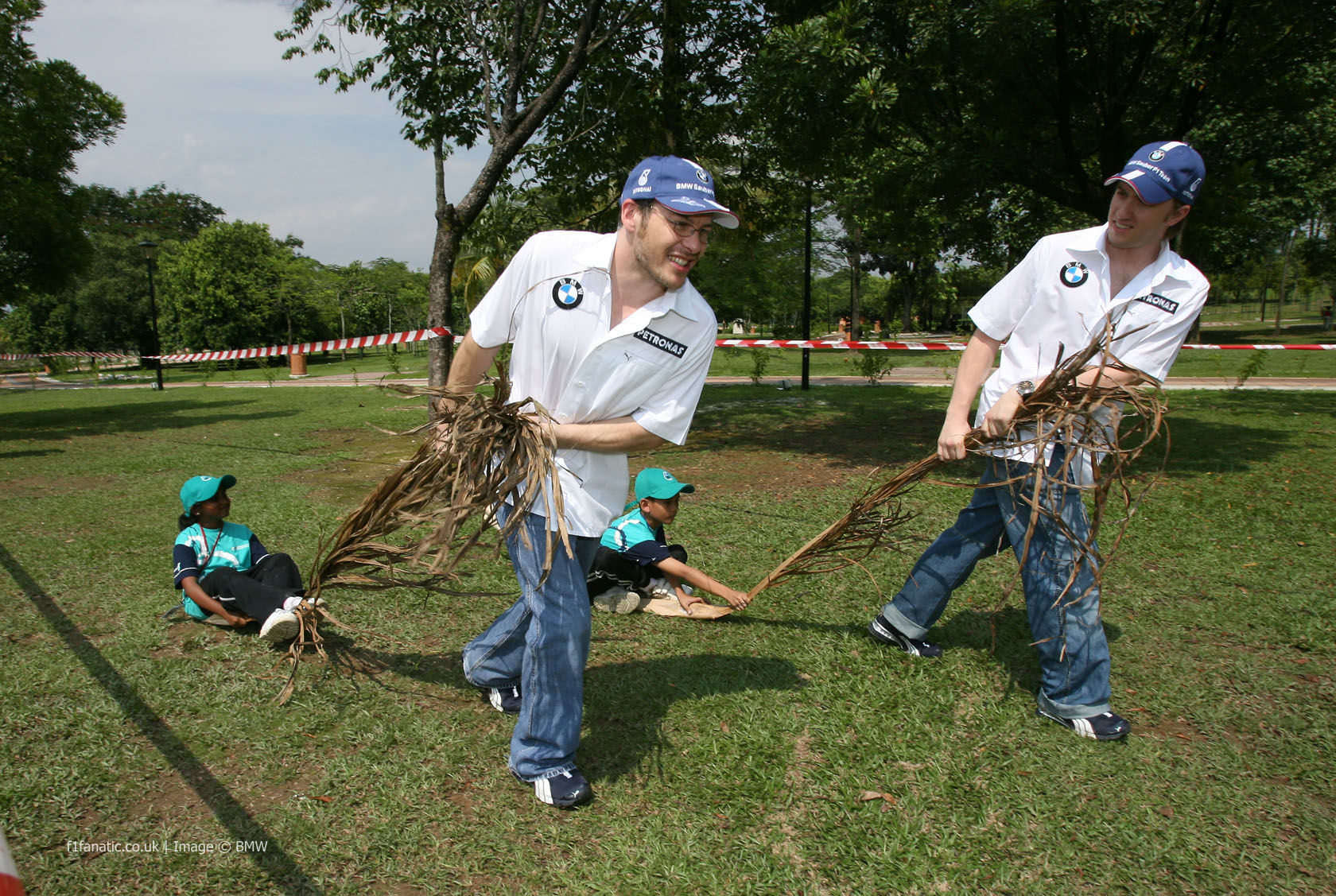 Jacques Villeneuve has been back in the news this week after confirming he will race in the FIA World Rallycross Championship.

He also delivered a damning verdict on the state of modern F1 in a series of media interviews.

For this week’s Caption Competition here’s an unusual picture of Villeneuve with team mate Nick Heidfeld during his last F1 season with BMW Sauber in 2006.

Wield your wit and suggest the funniest caption you can come up with below. A selection of the best will appear in the next F1 Fanatic round-up.