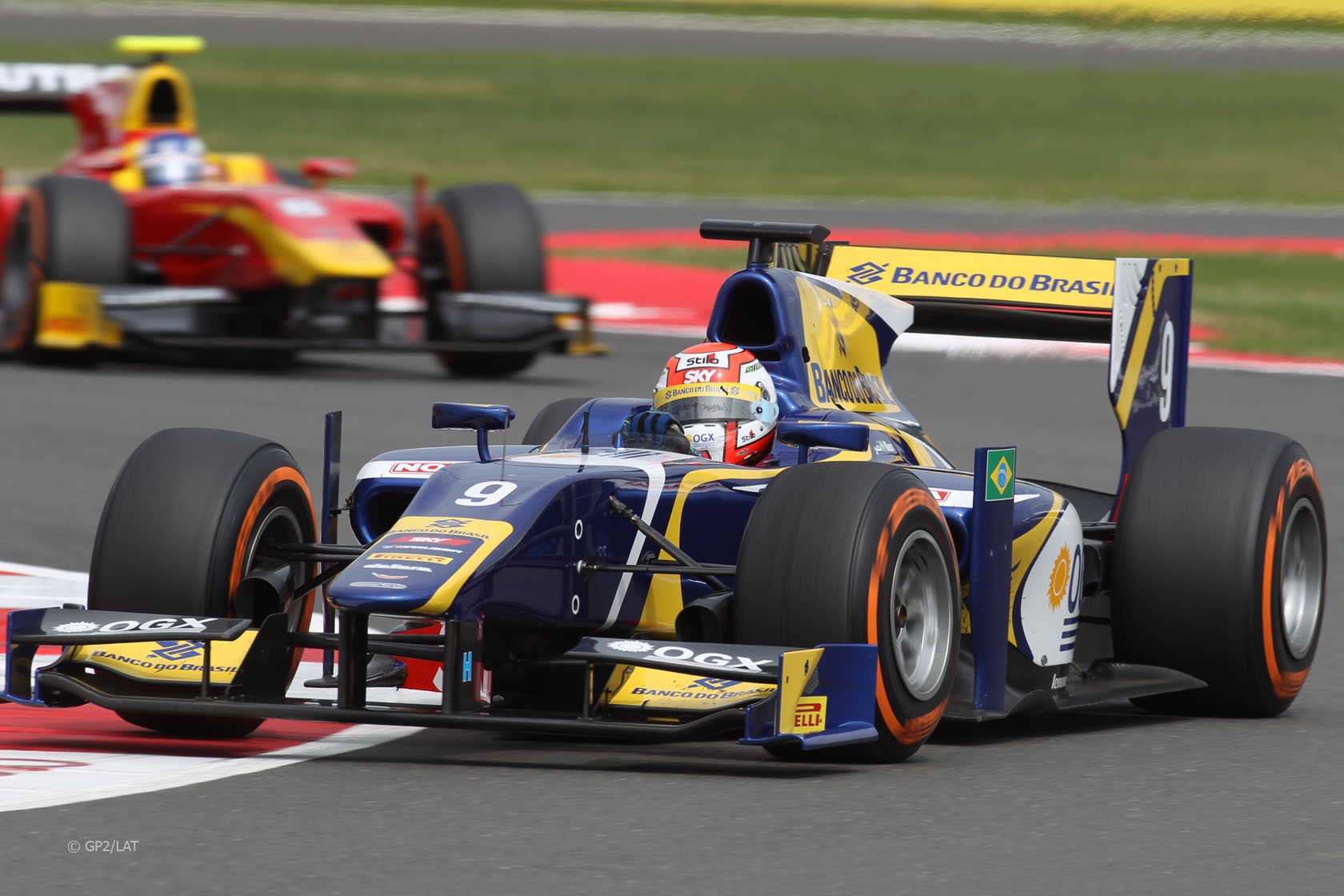 GP2 driver Felipe Nasr has been appointed as Williams’ test and reserve driver for the forthcoming season.

The team confirmed he will participate in five Friday first practice sessions and three tests for the team.

The 21-year-old from Brasilia has competed in GP2 for the last two seasons and finished fourth in the F1 feeder series last year. He was previously Formula BMW Europe champion in 2009 and British F3 champion in 2011.

Nasr said Williams “have a great history in the sport and some of the greatest Brazilian drivers of all time have driven for the team, so it’s an honour to join names such as [Nelson] Piquet, [Ayrton] Senna and [Felipe] Massa”.

“This is a fantastic opportunity for me to make the next step in my career and I can’t wait to get behind the wheel of a Formula One car for the first time in Bahrain.”

Team principal Frank Williams said Nasr’s chance to drive for the team in practice gives him “the perfect chance to showcase his skills”.

“Felipe has a strong track record of success in his career so far and we have been watching him closely for a while,” Williams added. “We have a track record at Williams of bringing through new talent and giving them a chance to show what they can do on the world’s biggest stage.”

Williams also announced a new sponsorship deal with Banco do Brasil, who supported Nasr in GP2.