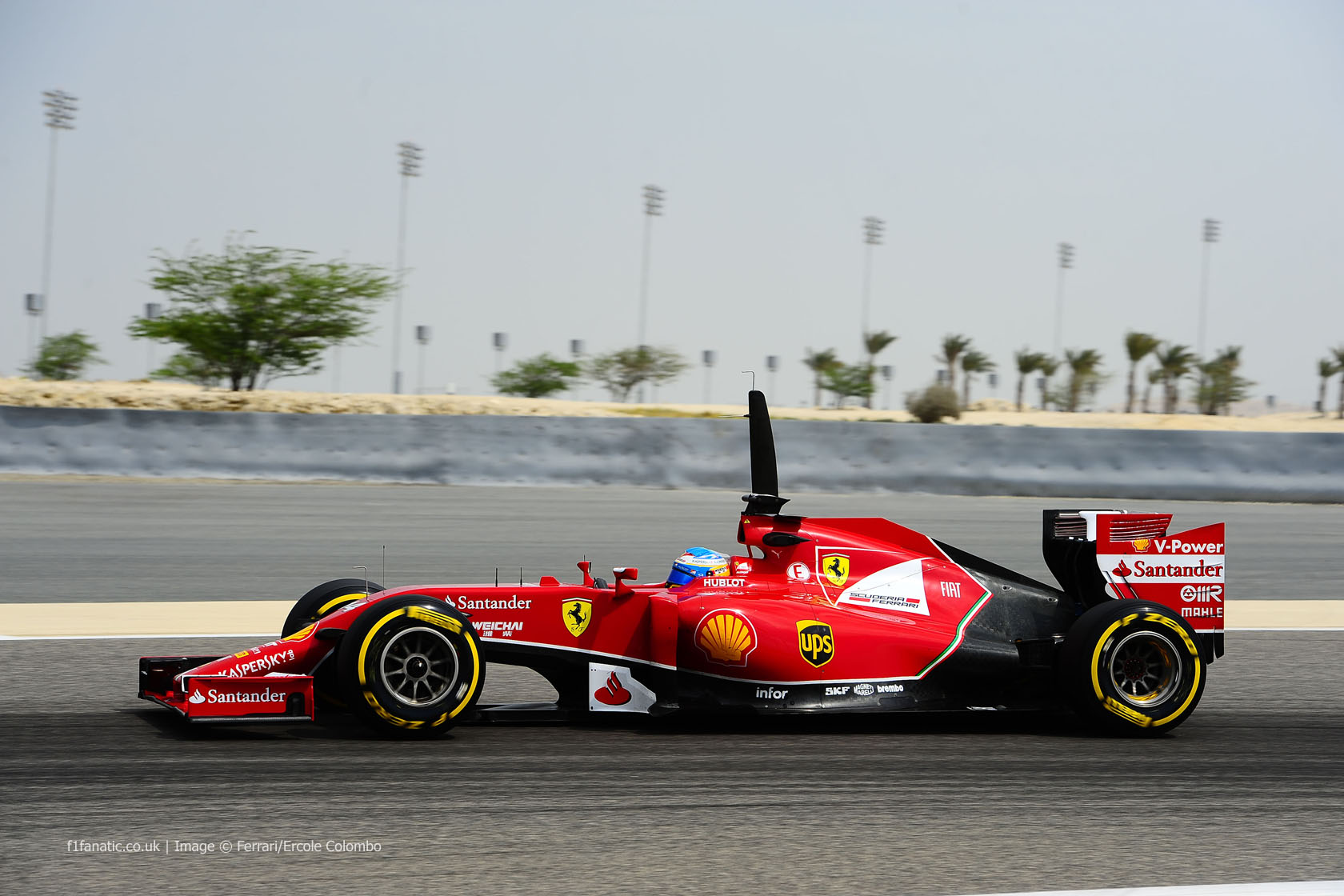 Fernando Alonso says Ferrari fell short of their planned workload on the final day of testing in Bahrain.

He added the team are not yet on par with the front-running teams ahead of the first race of the season in Australia in two weeks’ time.

“The team did its utmost to carry out changes on the car as quickly as possible, but again today, we had planned to do more laps than we managed,” said Alonso.

“There are a lot of things to learn with the use of the power unit to improve the performance of the car and we are not yet where we want to be.”

Alonso’s best time brought the team within a second of the quickest lap seen in Bahrain over the past two weeks, set by Felipe Massa’s Williams yesterday.

“Everyone in the team is very competitive and we are working day and night in order to get all the potential out of the F14 T as soon as possible,” Alonso added.