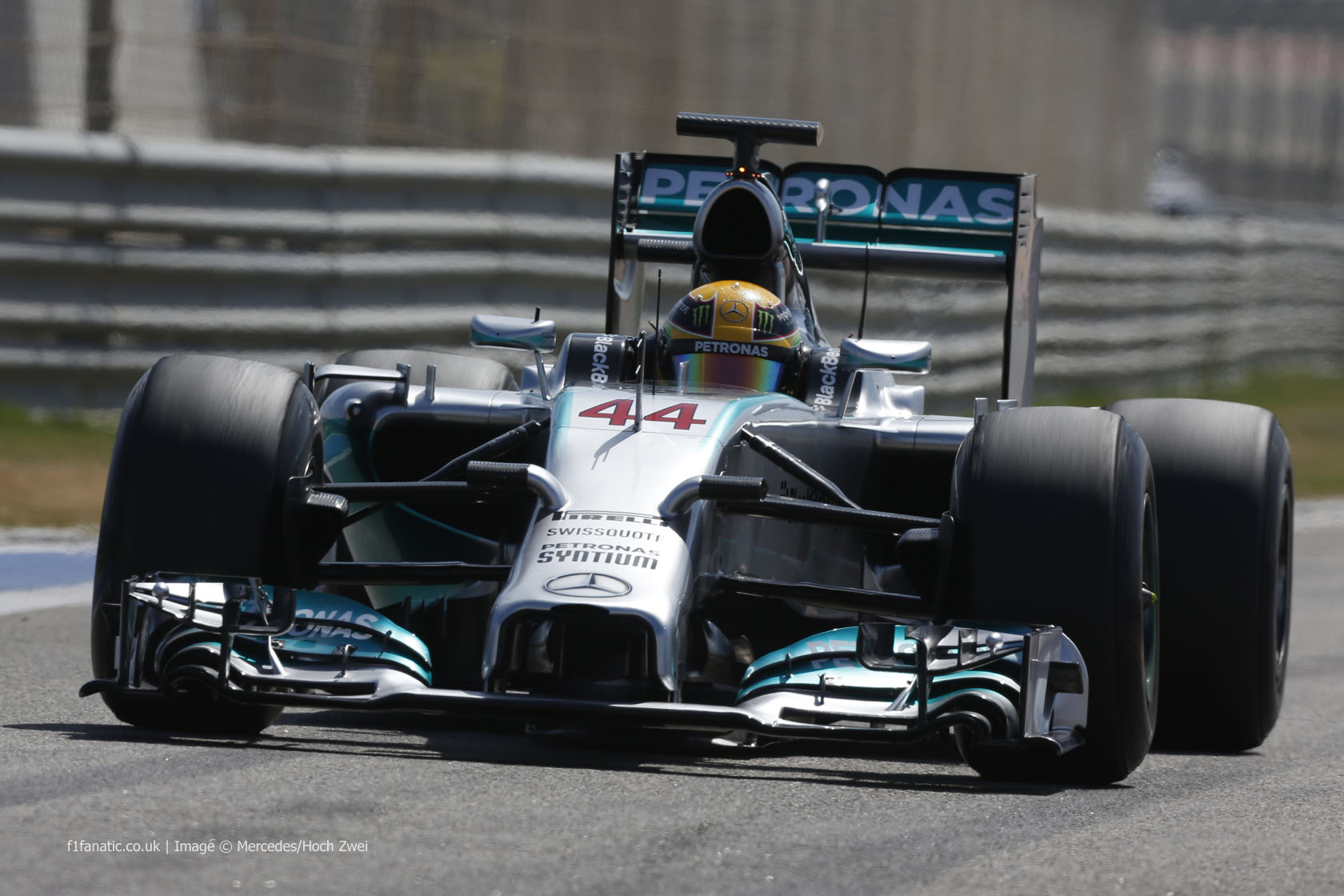 Mercedes say they are not taking their performance for granted at the start of the season despite their strong showing in pre-season testing.

The team covered more kilometres than any of their rivals with the W05 chassis but experienced gearbox and engine problems on the last two days of testing in Bahrain.

Executive director of business Toto Wolff expects the first race of the year in two weeks’ time to be “a reality check for every team on the grid”.

“We have experienced ups and downs during these pre-season tests, with two challenging days in particular right at the end,” he said.

“The problems we have faced during the last 48 hours would have had a significant impact on a race weekend and reliability is still the biggest obstacle we have to overcome. With that in mind, we will be taking nothing for granted in our preparations for the first race and beyond.”

However Wolff admitted Mercedes have a “very promising platform to work from” as the beginning of the season looms closer.

Executive director of technical Paddy Lowe revealed the team’s gearbox problem was discovered at 4am on the morning of the final day of testing. He said it then “cascaded into a number of other faults and meant we didn’t get out on track until 12:40pm”.

“Great credit to the crew who I know must have been tired after an intense month-long testing programme, but still went the extra mile to get the car turned around before lunch,” he added.

11 comments on “Mercedes “taking nothing for granted” after testing”