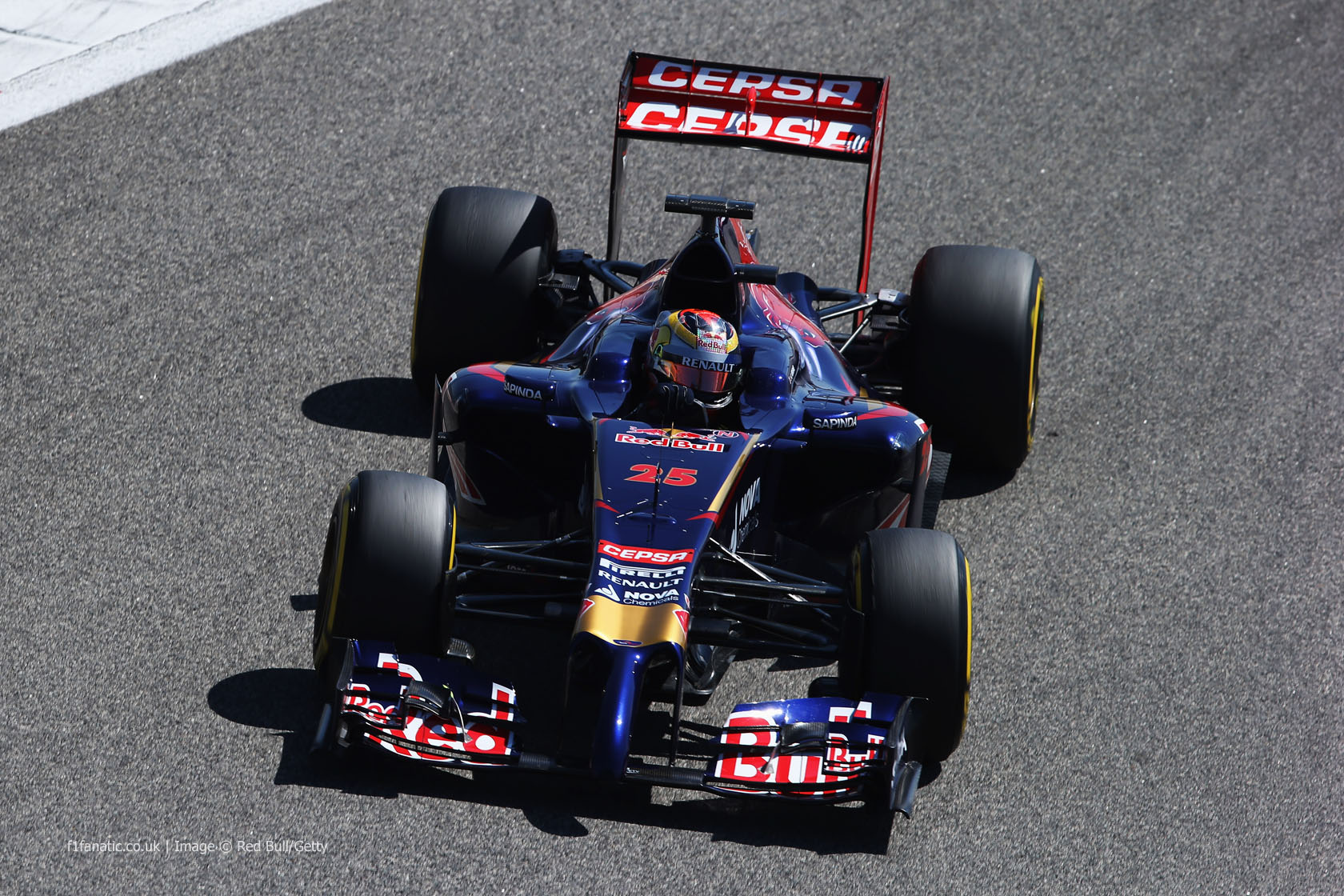 As they enter their ninth season Toro Rosso are keen to dispel the view that they are “just a satellite team to Red Bull”.

While that’s certainly no longer the case in terms of car development – the Faenza-based team have designed and developed their own chassis since 2009 – it’s their driver hiring policy which cements the view of them as the ‘Red Bull junior’ squad.

Team principal Franz Tost himself has described the team as a “rookie training school” for Red Bull. That being so, Toro Rosso found themselves with a gap to fill this year following Daniel Ricciardo’s promotion to the top team.

It came as something of a surprise when they passed over arguably more qualified drivers on the Red Bull driver development programme in favour of Daniil Kvyat. He made good on their faith in him by winning the GP3 championship late last year, but he arrived at the team with fewer F1 miles on the clock than the likes of Antonio Felix da Costa or Carlos Sainz Jnr.

Nor has he been able to pile on as many miles as he needed to in testing. His first day in the STR9 in Jerez was a complete non-starter – quite literally, as the car never left the garage. Since then Kvyat, who gained his superlicence less than four months ago, has covered a further 1,116km, but that’s less than his fellow 2014 rookies have managed.

He is partnered by Jean-Eric Vergne who started his third season with the team. Past Toro Rosso drivers have not tended to last much longer at the team as they are ushered aside in favour of the latest talent from the Red Bull production line, though given the scale of the regulation changes this year Toro Rosso may prefer to retain Vergne as a known quantity for as long as they can. Although Toro Rosso take Red Bull’s lead when it comes to drivers, they largely steer their own ship when it comes to car development. But here too they have moved in line with their sister team by switching from Ferrari to Renault engines over the winter – a decision they may have regretted once the manifest problems with their new Energy F1 power unit became apparent.

This does not bode well for a team which misfired in 2013. Tost’s target of sixth in the constructors’ championship was quickly forgotten as it became clear the team had only made a very modest step over the winter. Their eventual finishing position of eighth owed at least as much to Williams badly losing their way.

Although technical director James Key joined the team in 2012, the long lead time on car development means the STR9 will be the first Toro Rosso whose design he has steered from an early stage. He says the work to restore the team’s technical department, which was cut back during the years as Red Bull chassis customers, is still progressing.

“The aero side was by far our biggest priority, as we wanted to put that department into a much more current and competitive shape,” he explained. “Over the past 12 months, we’ve been working on increasing the size of the aerodynamics department. It’s grown significantly, and we now have many new people with very relevant F1 experience.”

Even so Key still feels the division is not yet where it should be for a team of Toro Rosso’s size and budget. But it’s the change of engine rules and engine supplier which he feels represent the biggest challenge for the team this year:

“To switch from a process where you’ve got a well-established and understood way of working with the previous engine supplier to a situation where you have not only a new engine supplier but also a totally different type of power unit that we’re not familiar with at all, is quite a big leap. ”

Given that it’s perhaps no surprise Toro Rosso managed less than half the mileage some of their rivals logged in testing. It’s been a difficult start to the season for a team which face a year of upheaval. As testing drew to a close Vergne admitted they had many problems to fix before the first race.

While Red Bull wants for little in terms of resources to throw at the problems with their new engine, you have to doubt whether Toro Rosso will be able to get up to speed as quickly.

How do you expect Toro Rosso to perform this year – and how will Kvyat fare in his first season of F1? Have your say in the comments.