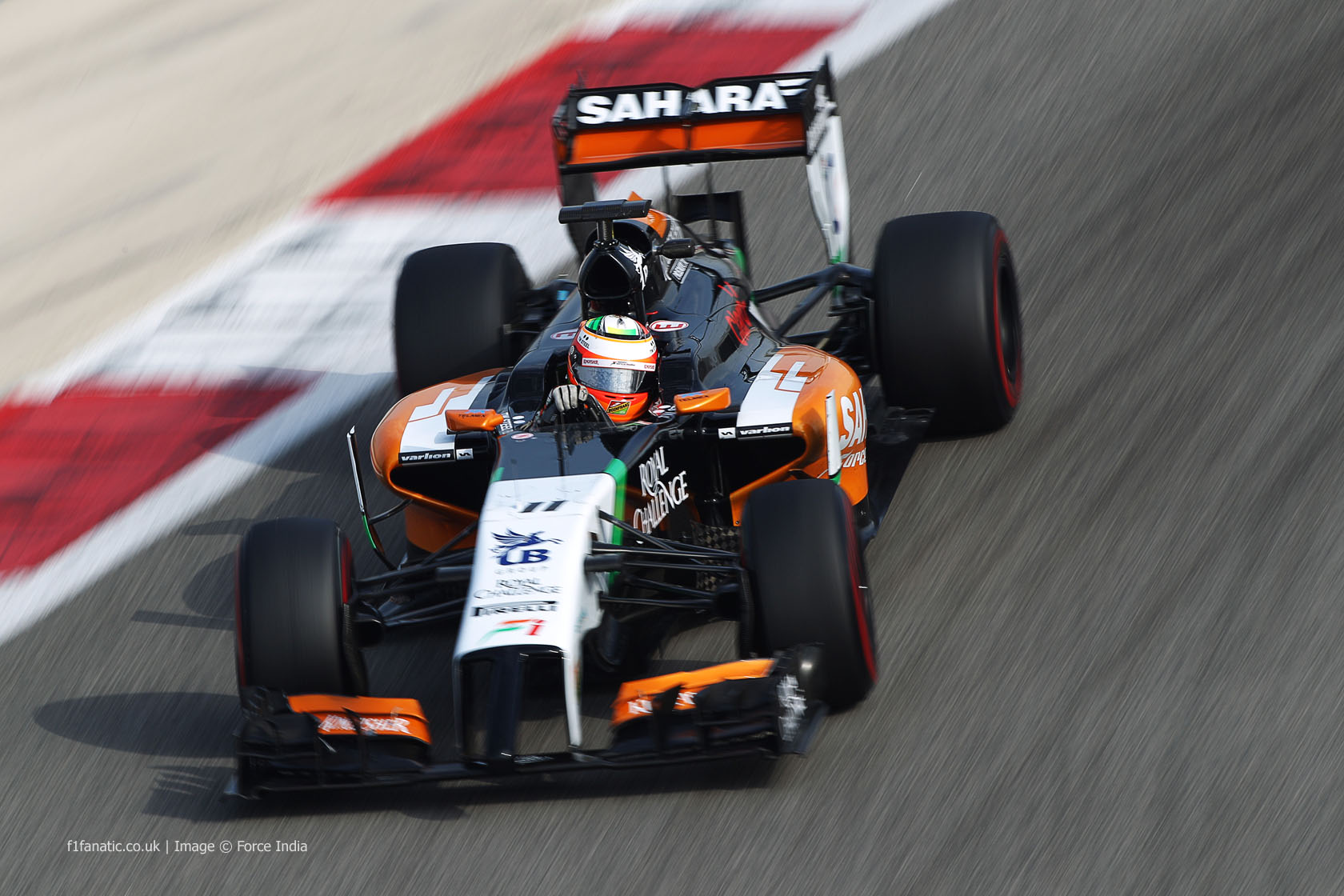 Seventh, sixth, seventh, sixth: Force India’s championship finishing positions since 2010. Have they found their level, or can they finally break into the top five teams this year?

Significantly, 2010 was also the first year the Silverstone-based team began using engines from Mercedes AMG High Performance Engines, who are based half an hour up the road in Brixworth.

Their powertrain promises to be one of the strongest cards in their hands this year, as the V6 turbos bearing the three-pointed star have been the standard-setters during pre-season testing.

Testing didn’t go quite as smoothly for Force India as it did for the other Mercedes-powered teams. Nonetheless they’ve already covered just short of 4,000km of running and took their turn at the top of the times sheets on more than one occasion. The team played their hand well last year. Having seized the initiative early against midfield rivals such as Sauber in the constructors’ championship they were able to press on with developing their car for the new rules.

And although they have completely changed their driver line-up for this year it is arguably the strongest Force India have ever fielded.

Nico Hulkenberg returns to a team he already knows well having severed as a regular test driver in 2011 and raced for them the year after – culminating in that memorable performance in the Brazilian Grand Prix.

Meanwhile McLaren’s eagerness to give Kevin Magnussen a chance has allowed Force India to pick up another driver who has been touted as the next big thing – and one who brings the lucrative backing of several Mexican sponsors – Sergio Perez.

That longed-for second podium finish has never looked a more realistic prospect for this team. They won’t get to perform in front of a home crowd this year, due to the dropping of the Indian Grand Prix, but it could still be a season to remember.

What do you think Force India can achieve with Mercedes power and an exciting driver line-up? Have your say in the comments.