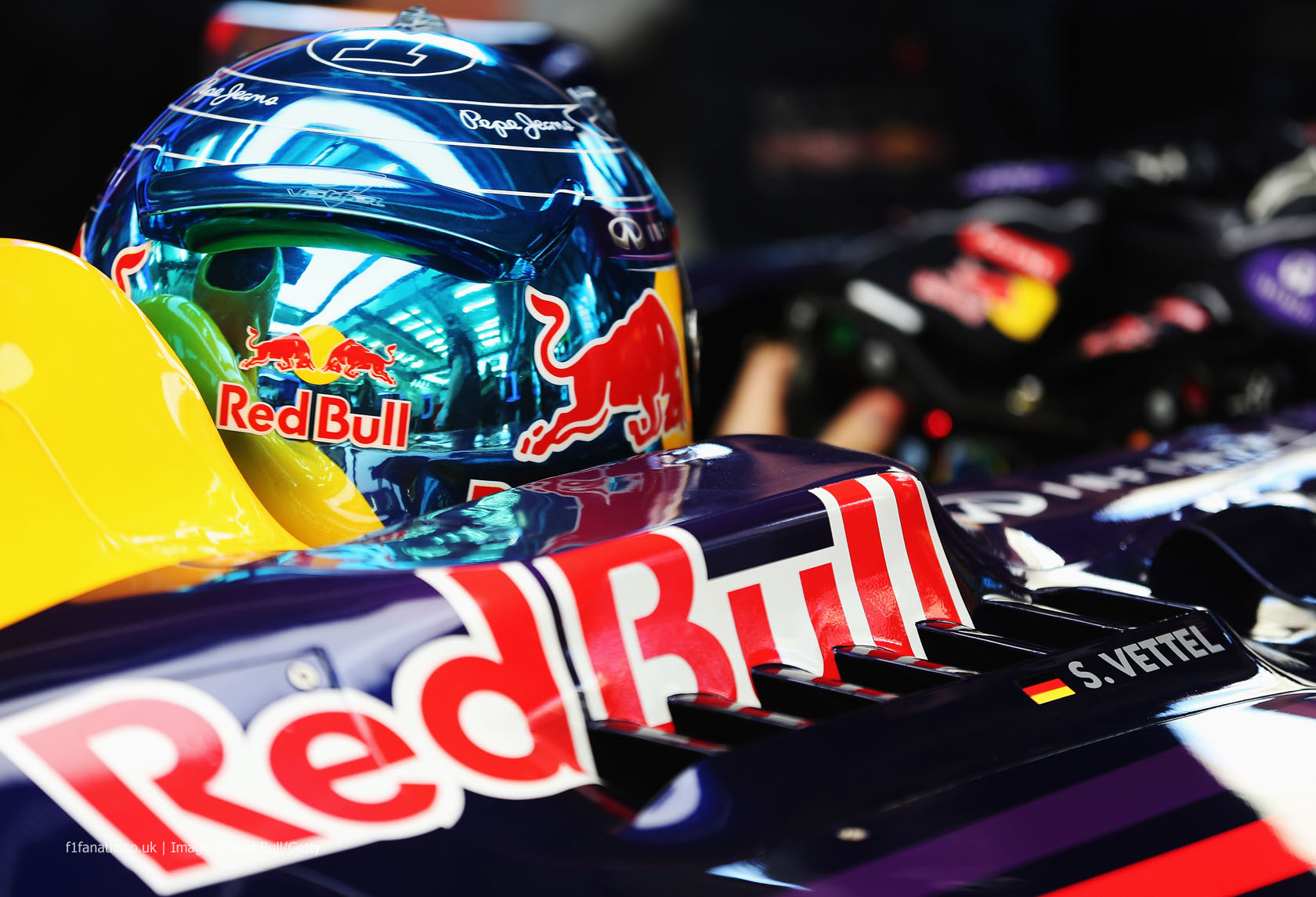 In the round-up: Sebastian Vettel says Red Bull will need some luck just to score points in Australia.

“If half the drivers fail to finish, then maybe we could take a few points.”

Helmut Marko: “The opening race comes at least two months too early for us. This is a very serious matter. At the moment we do not know in what time frame it will be possible to catch up, or if it is possible at all.”

“Honestly, I’m not happy tonight. It’s far from ideal, we didn’t do a third of what we wanted to, but what can you do?”

“Q: So what are your expectations for the first four flyaway races? Are you looking to cash in in on any engine advantage?
VM: The first four races present a great opportunity, particularly for the Mercedes-powered teams, because so far they are showing that they are ahead of the rest. But in the end it will be all about – here comes the word again – reliability.”

“When we didn’t have so many reliability problems we did some important tests on the chassis side. As soon as we saw the car was running nicely we had to get something done.”

“Three policemen have been killed by a remotely detonated bomb in Bahrain during a protest in a village west of the capital Manama, the Interior Ministry has said, in one of the worst incidents of violence in recent months.”

“Ferrari has had a slight switch around in its management in recent days with the appointment of Antonello Coletta as the new sporting activities director.”

So what do we know? (The Buxton Blog)

“From what I understand from a high level independent source after testing had finished, the reality could be even more astonishing. If the data adds up as he believes and the factory Mercedes team was able to run their cars at 100%, right now they would win every Grand Prix not by a few seconds but by two clear laps.”

“Monaco is incredible for pictures, because of the backdrop and because of how close you can get, whereas Silverstone is dreadful because the vantage points just aren’t that great.”

Last day in Bahrain is dealt with. Did a bit of this today.. #filming #f1 #redbull #doyouseewhatisee pic.twitter.com/KvkgHl9hY0

RT @F1Stan: RedBull Caterham Renault :) pic.twitter.com/cSesoLeGVU… Seriously – many thanks to @redbullracing for helping with this in Bahrain

Bernie and todt should make a joint statement indicating that Russia has proven a wholly inappropriate host for an international event. Porsche formally revealed their 919 Hybrid LMP1 contender, which will compete in this year’s World Endurance Championship including the Le Mans 24 Hours, at the Geneva Motor Show yesterday. Mark Webber will drive the car along with Timo Bernhard, Romain Dumas, Brendon Hartley, Neel Jani and Marc Lieb.

More pictures of the car here:

Spencer White reckons there’s been too much criticism of Sauber’s driver line-up:

Sutil is a very strong midfield driver who will get consistent points finishes if provided with a good car.

Gutierrez will do the same job as Sutil and he is on a learning curve, so it won’t be long before he gets a few more points.
Spencer White (@Jojobudgie)

Jordan’s preparations for the 1994 season suffered a setback 20 years ago today.

Eddie Irvine was fortunate to escape injury when he crashed at over 100mph while testing at Magny-Cours in France, though he wrote off the first example of the team’s 194 chassis.

111 comments on “Retirements needed for points in Australia – Vettel”