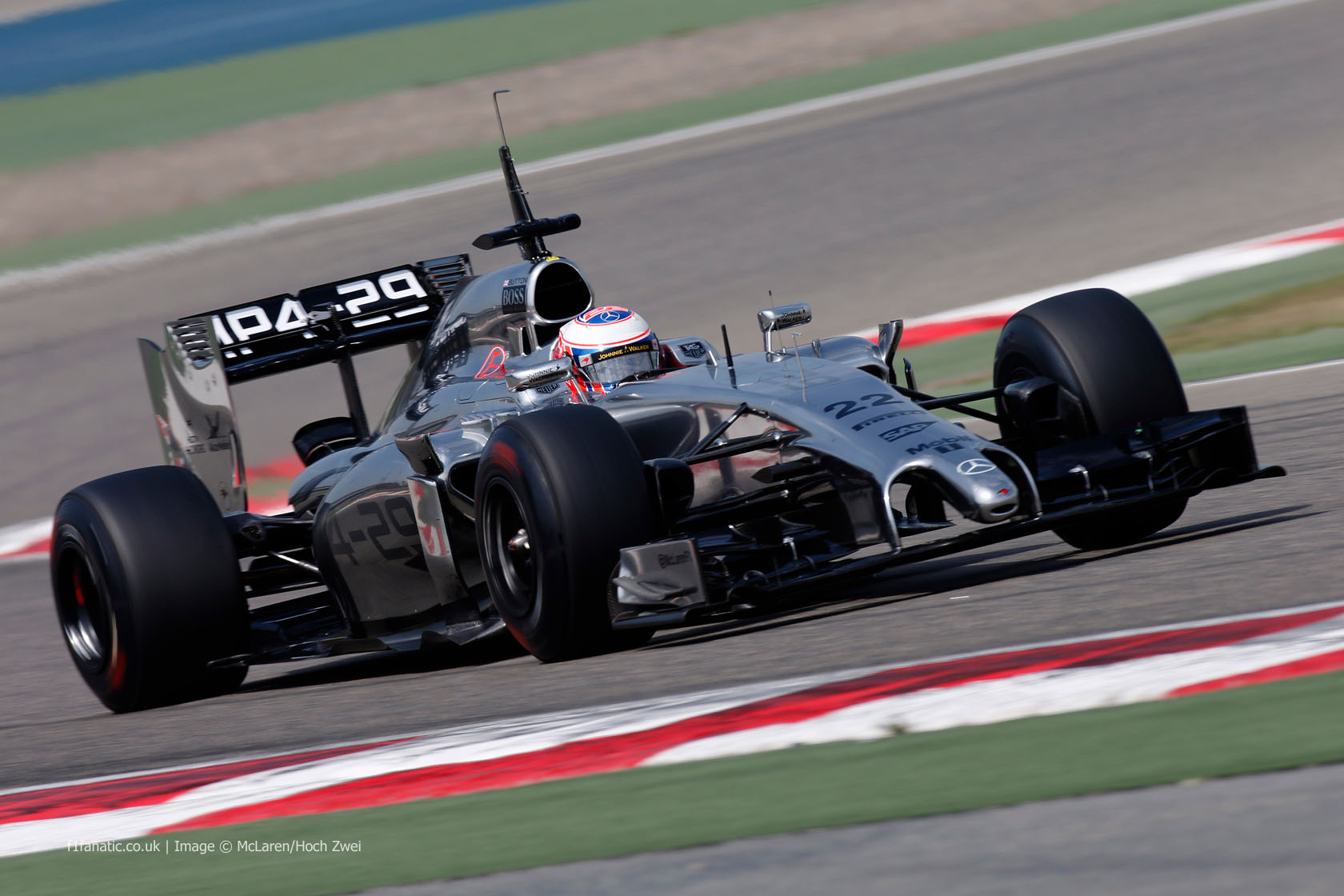 Jenson Button says McLaren need more time to get the most out of their new car ahead of this weekend’s Australian Grand Prix.

“While there’s plenty of potential within MP4-29, we still think it’ll take a little time to unlock that promise,” said Button.

“It’s not quite where we’d like it to be, so I don’t think we go to Melbourne with a package that accurately reflects our progress with the car – it’ll take a little longer for that to become apparent.

“In general, this season is going to be all about continuous development. Our stated aim has always been to try and scoop up a useful haul of points from the opening races – by virtue of solid engineering and good reliability – and then to quickly refine and develop the package, and deliver further performance in due course.”

However he does believe the car is a significant step forward over last year’s problematic MP4-28.

“I do think the potential is there,” he said. “MP4-29 has given us what last year’s MP4-28 didn’t – namely, a reliable and predictable platform upon which we can build and develop.”

“In every respect, this year’s car feels different to last year’s, and that makes me excited – which is exactly as things should be as you head off for the first race of the year.”

“Even with stable regulations, Melbourne is usually unpredictable.”

“This year, I don’t think anybody knows quite what to expect – will we see more than half the field at the end of the race? Will we see good, close racing? Will the pecking order pan out as we expect? Those are all questions that we’ve yet to see answered, and part of what makes for such a fun weekend.”