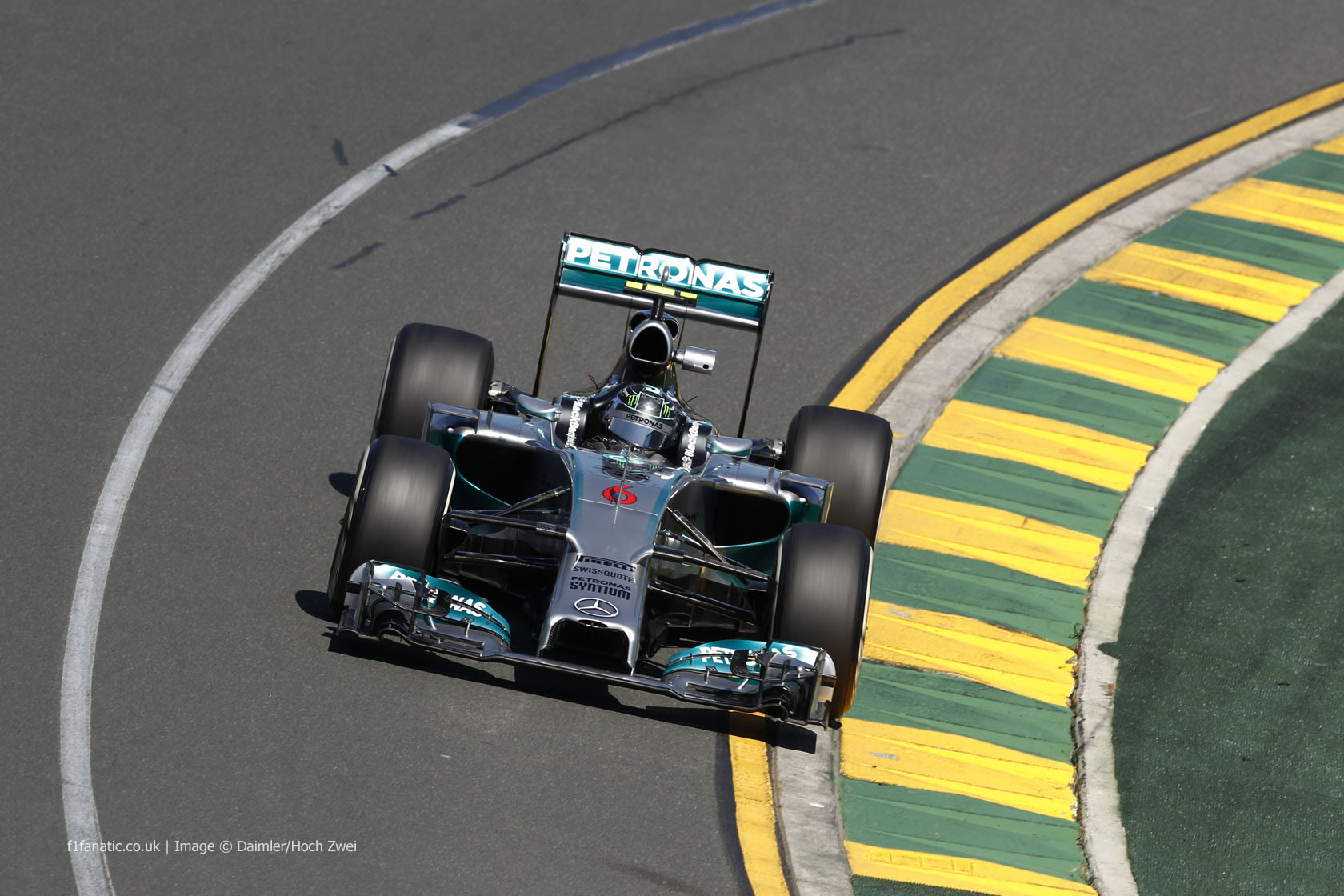 Nico Rosberg says Mercedes still have work to do on their brake-by-wire system.

The new technology, introduced this year to help teams cope with the increased energy harvesting requirements on the rear axle of the cars, has been a source of difficulty for many teams.

Rosberg indicated Mercedes have not been immune to these problems despite their promising start to the weekend.

“Yeah we’ve been struggling too – it’s been going a bit on and off, things like that,” he told reporters after the second practice session.

“It’s all settings, and then you get to an area where you haven’t been before because you’re running the brake balance differently, and all of a sudden the rear steps out because there’s some problem that we hadn’t seen yet.

“And it’s really delicate because the brake-by-wire is my braking, it’s my rear axle, so if I lock a bit too much I’m off the track. But that’s tough.”

However Rosberg said he was satisfied with the team’s start to the weekend after their cars headed the second practice session:

“I’m pleased it’s been a decent day, lot of laps, learned a lot and I’m well-prepared now for tomorrow and after tomorrow.”

17 comments on “Rosberg “struggling” with brake-by-wire”