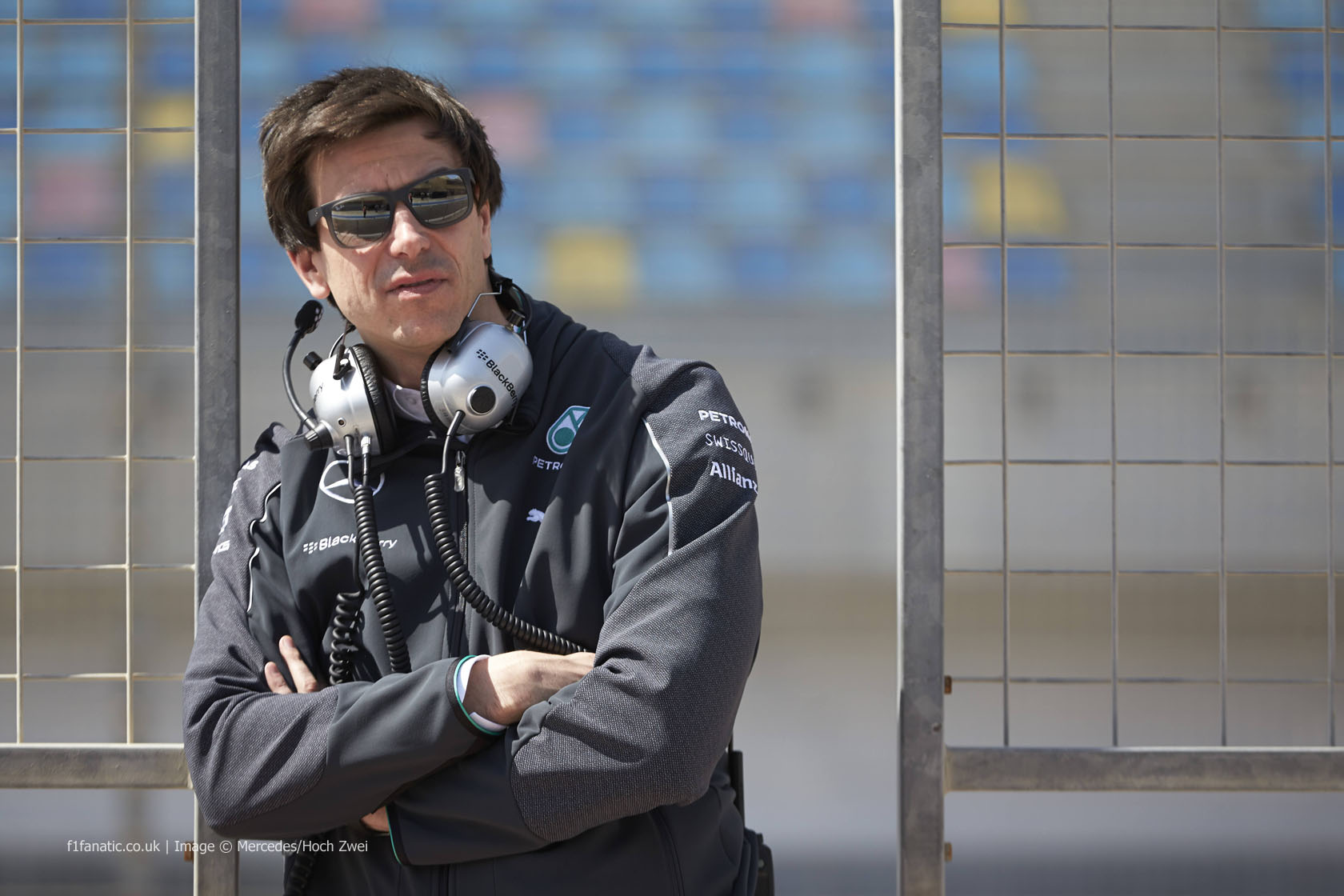 Formula One’s team principals admit they were surprised by the strength of the reaction against the plan to award double points at the final race of the season.

Fans have overwhelmingly criticised the plan, with 96% opposing it in a recent F1 Fanatic poll.

The idea was proposed by Bernie Ecclestone in an attempt to prevent a repeat of last year’s decline in viewing figures in the final races.

“I think when it was decided we didn’t put too much emphasis on it,” said Mercedes motorsport chief Toto Wolff, “we didn’t think it was a big drama.”

“It’s clear that you have to support the commercial rights holder and if TV audience dropping I think we have an obligation to listen.”

“When we got the reaction afterwards it was not what we expected. You have to honour that and I think nothing has changed since then. The last race remains double points. Let’s see what we are able to do next year.”

The possibility of awarding points for qualifying positions has also been raised. Renault’s Rob White said: “I think as long as the points structure is understood in advance it’s an optimisation target like all the rest and Formula One is a fantastic machine for getting the best out of a given set of constraints.”

“I personally am not in favour of things that are hard to understand. And therefore if it gets too complicated I won’t like it.”

78 comments on “Teams surprised by reaction against double points”