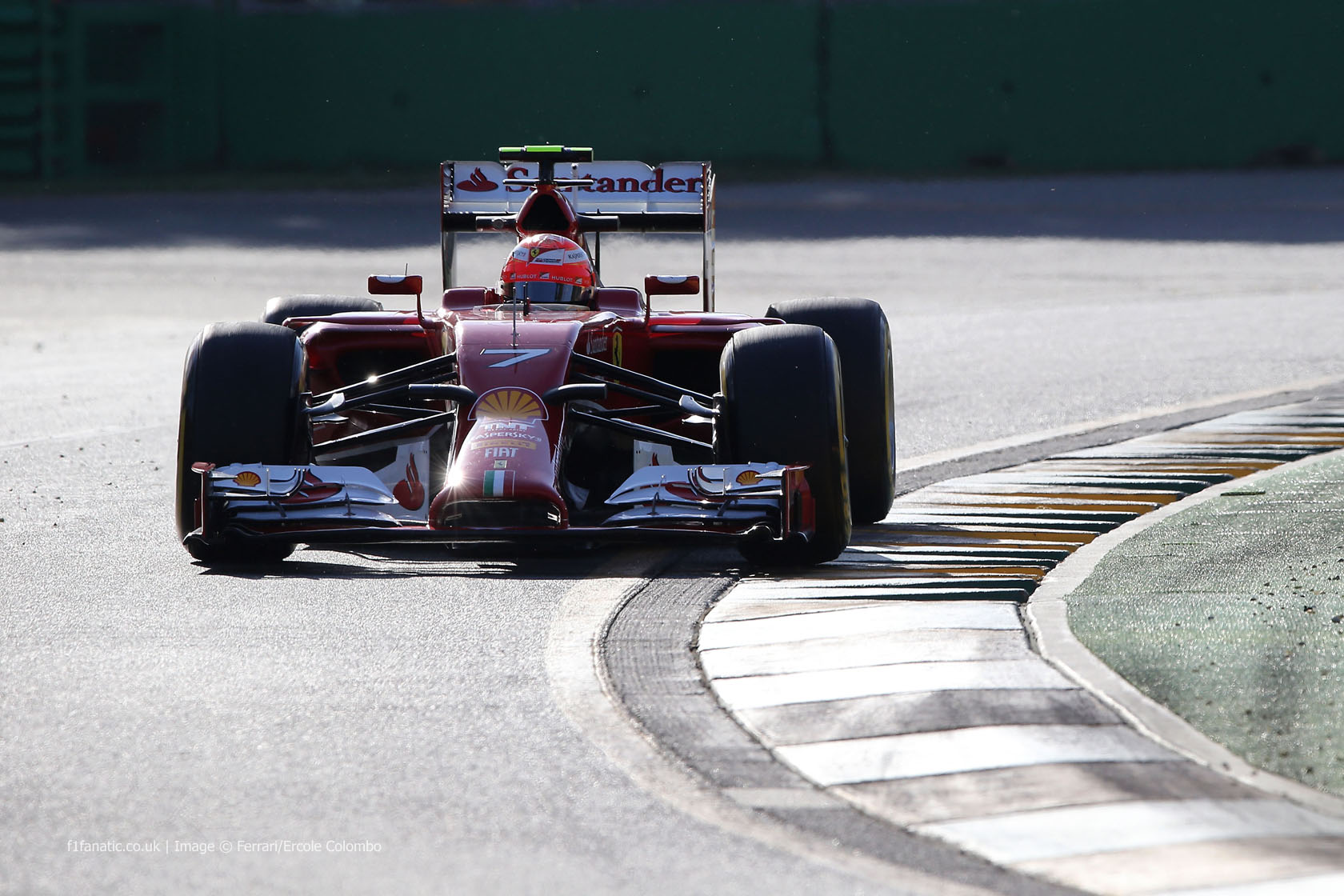 Kimi Raikkonen says he wouldn’t have made it into Q3 even if he hadn’t crashed in the final moments of Q2.

The Ferrari driver said traffic kept him from getting the most out of his car up to that point.

“Qualifying wasn’t straightforward today, especially because of traffic,” said Raikkonen. “When I was on a quick lap, I had a car in front of me at every corner.”

“That stopped me getting a clean lap and at the end of Q2, I spun off damaging the front wing. I don’t think I’d have gone quicker anyway, as I had already reduced my speed at this point, because I knew already I wouldn’t make it to Q3.”

However Raikkonen was positive about the progress the team have made with the car overnight:

“It’s a shame, because compared to yesterday we have made some steps forward. In the wet we were quick and I had more feeling for the car.

“We know we have a lot of work to do in every area, especially on car set-up, but at the same time, we are sure we are going in the right direction.”

25 comments on “Crash not to blame for Q2 exit – Raikkonen”