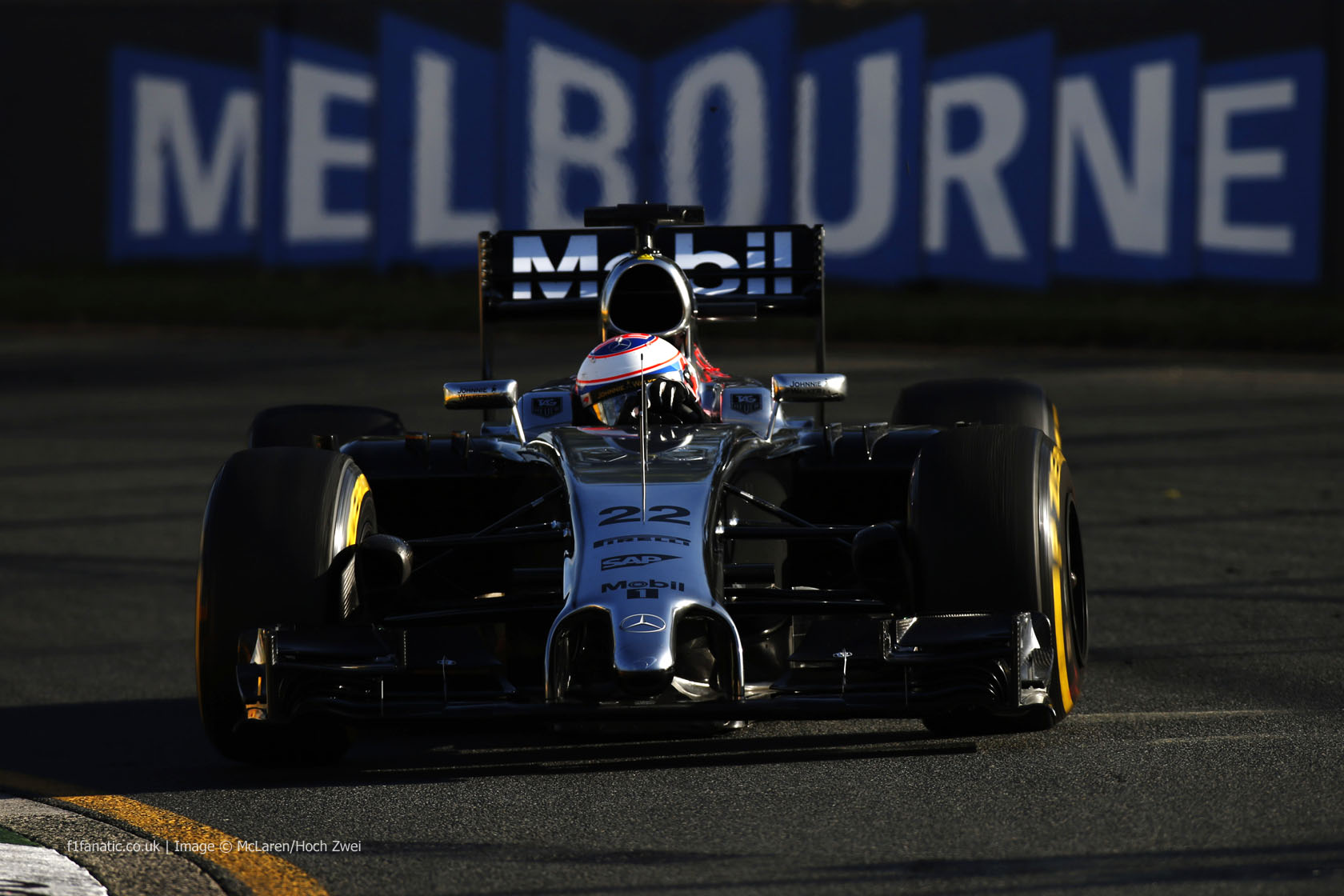 Jenson Button said McLaren’s third and fourth place finish in the Australian Grand Prix was better than they expected heading into the race.

Button gained four places from his starting position to finish fourth, while Kevin Magnussen took a podium finish on his debut.

The 2009 world champion hailed a “great job” by his new team mate. “In qualifying I think in the wet was probably even more impressive than today’s podium,” he told reporters after the race.

“But a great result for him and the whole team. Third and fourth – it’s better than what we expected, it really is, and a good starting point for this season.”

McLaren now lead the constructors’ champions for the first time since the 2012 Chinese Grand Prix almost two years ago,

“It’s been a long time since we were leading a constructors’ championship,” said Button. “It’s a really good feeling.”

“You always want more. But this is a good starting points. We have some improvements for Malaysia. We’re not leading the constructors because we were quickest, we’re leading because we got both cars home and were relatively quick.

“With some updates hopefully we can challenge the Mercedes and Williams, who I think are very quick.”

Button faced a recovery drive after failing to reach Q3 during yesterday’s qualifying session. “Starting tenth was always gong to be tricky,” he said.

“There were so many accidents on lap one, so I actually found myself going backwards a little bit.

“But an enjoyable race. The team did a great job in the pit stops. Also I just got in when the safety boards flashed up I saw it and quickly dived in the pits which made a big difference as well.”

Button added he was pleased not to be too restricted by fuel saving in the latter stages of the grand prix. “It was an enjoyable car at the end of the race.”

“The last stint I didn’t have to save fuel, I pushed as hard as I could to catch Kevin and Daniel [Ricciardo] but it just wasn’t enough and the tyres were obviously pretty old compared to those guys.”

38 comments on “McLaren result “better than we expected” – Button”