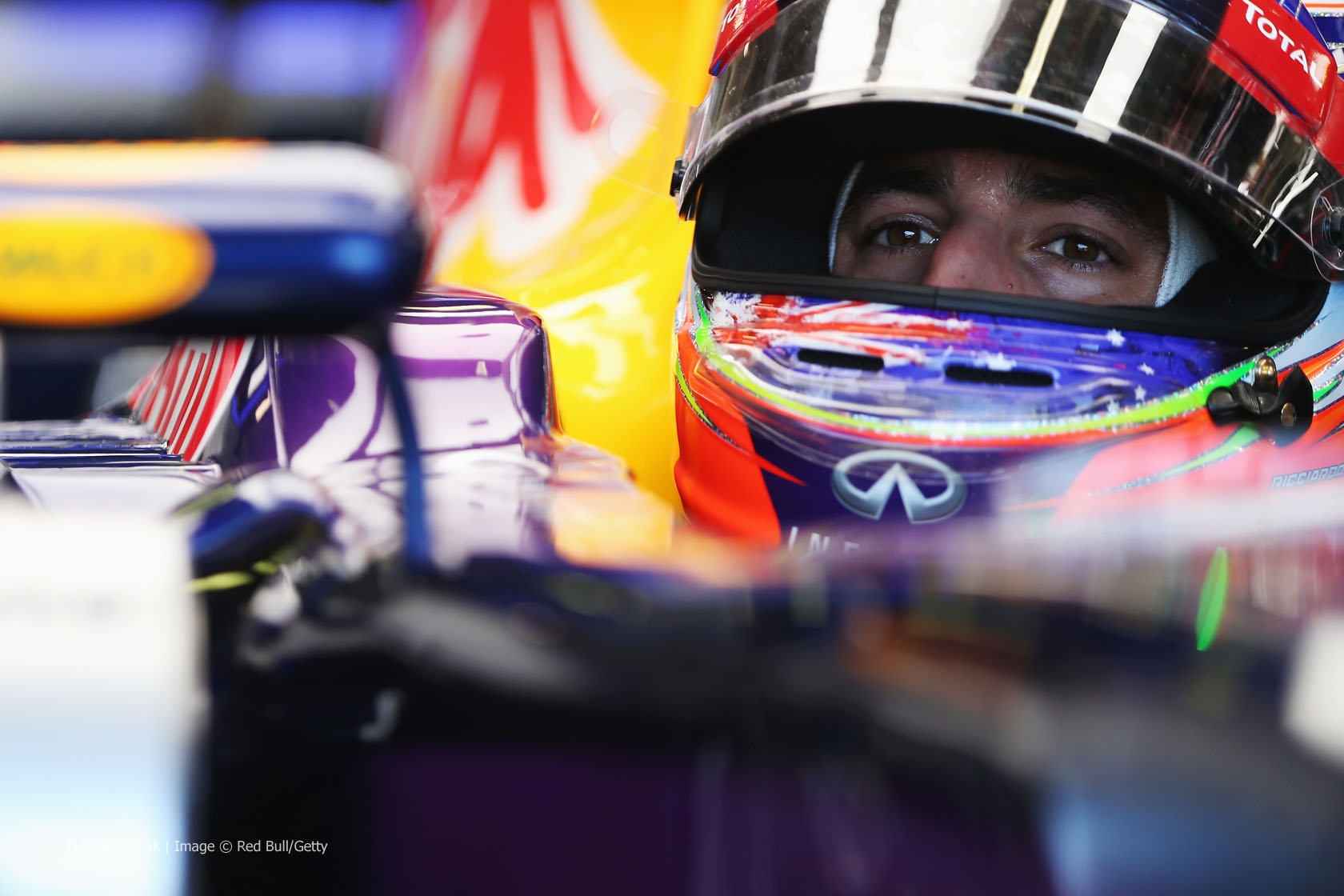 Daniel Ricciardo has been stripped of his second place in the Australian Grand Prix after his car failed a technical inspection.

Ricciardo’s Red Bull was found to have “exceeded consistently” the limit on peak fuel consumption of 100kg per hour, a new rule introduced for the 2014 season.

His exclusion from the race results after more than five hours of deliberation by the FIA stewards. Ricciardo’s car was found to be in violation of Article 3.2 of the sporting regulations and article 5.1.4 of the technical regulations.

The stewards issued a ten-point explanation for their decision, claiming Red Bull had failed to use a fuel flow model the FIA recommended for the racing, following problems with their fuel flow sensor during practice. The sensor had been changed on Ricciardo’s car prior to the race.

They also claimed Red Bull were told during the race their fuel flow rate was too high and were advised to make adjustments to reduce it, which they did not do.

According to the stewards, Red Bull chose not to use the recommended model because the sensor was faulty. However they noted that “regardless of the team’s assertion that the sensor was fault, it is not within their discretion to run a different fuel flow measurement method without the permission of the FIA”.

Red Bull immediately announced their attention to appeal and released the following statement:

“Inconsistencies with the FIA fuel flow meter have been prevalent all weekend up and down the pit lane. The team and Renault are confident the fuel supplied to the engine is in full compliance with the regulations.”

During the race weekend the teams were advised by race director Charlie Whiting of a change to the fuel flow filter frequency. The teams were given the following notification:

“Following a review of the fuel flow data from the practice sessions the following change will be applied for qualifying and the race.

“The maximum fuel flow limit mFFMIllegal will be checked using a fuel flow filter frequency (parameter fdmFFMFuelFilter) of 5Hz instead of the 10Hz currently configured in the FIA data version.

“Due to time constraints before the qualifying session the FIA data versions will not be changed. The revised monitoring will be processed by the FIA off­-car.”

Ricciardo’s exclusion means Kevin Magnussen is promoted to second place and the other McLaren of Jenson Button takes third. Sergio Perez’s Force India moves up to tenth place for the final championship point.