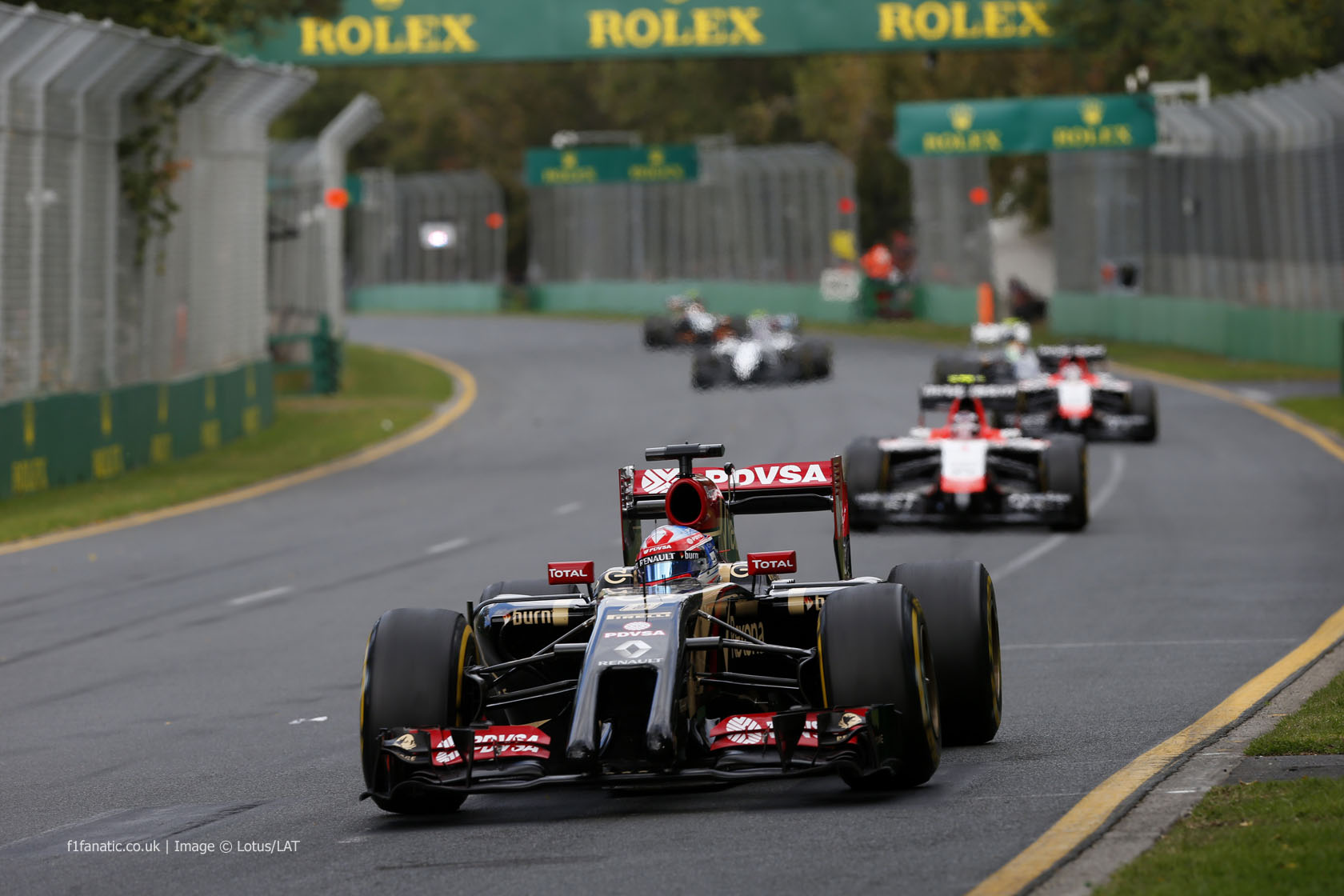 Romain Grosjean says he had to drive well within his abilities at the first race of the season in Australia.

“It is not quite as pleasant as before to be honest,” he said of the new cars. “There is a lot of energy recovery to deal with and optimise.”

“You cannot drive most of the grand prix at 90 per cent as before, sometimes now it is only 30 per cent. We just have to get used to it.

“When you win you love it and when you retire, you don’t. At the moment it feels a little frustrating as a driver but these are the rules, we will adapt and make the best of them.”

Both Lotus drivers retired during the Australian Grand Prix after several problems during practice. Grosjean said the team “still have a lot of work to do” but they gained a lot of information about the car on Sunday, when it ran for longer than it had in testing.

“We learned more about the car in 44 racing laps than during the whole of winter testing,” he said. “The team has done so much work and each of the changes have been in the right direction.”

“It was looking good in the race and then we had the same problem as Pastor [Maldonado]: the MGU-K shaft. But at least there is no mystery about what happened and we are working with Renault Sport F1 to solve the problem.”