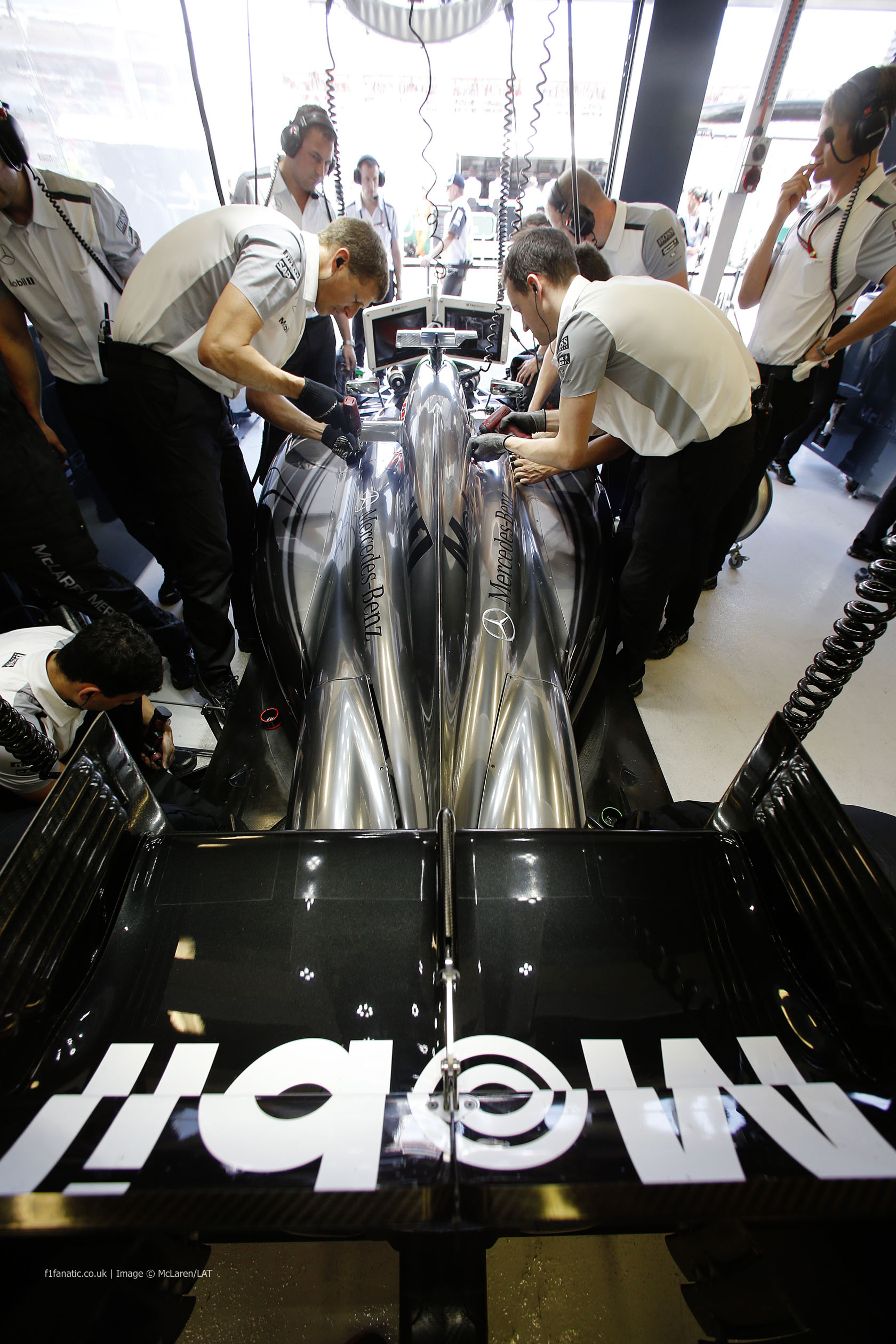 Jenson Button says his McLaren is short on downforce at the moment but is encouraged that the team’s development programme is yielding results.

Looking ahead to this weekend’s race in Malaysia he said: “Sepang is a great driver’s circuit, and even if we don’t have the overall downforce we want, we should have the balance and driveability to make the car work.”

“And that’s really encouraging,” he added, “because it means we go into a race weekend knowing that we can usually get the maximum from the car during the sessions and the race.”

“Even if we don’t yet have the pace to take the fight to the frontrunners, we should have a car that’s decent in every sector, and which we’ll be able to hustle through the race – and that definitely counts for something.”

McLaren endured a trying 2013 with the uncompetitive MP4-28. They failed to score a podium finish all year long but both drivers scored top-three results in the first race of the new season.

“Australia was a really motivational race for the entire team – even though we still have work to do,” said Button. “It feels like we’ve turned a corner, and that we have a race car we can definitely work with this year.”

Button added the team were encouraged to see their new developments were working as expected when they were put on the car. “We brought some useful upgrades to Melbourne, and it was encouraging that they worked straight out of the box, but it’s essential that we keep pushing new items through the development pipeline, especially at these flyaway races, where it’s harder to bring new parts to the circuit.”