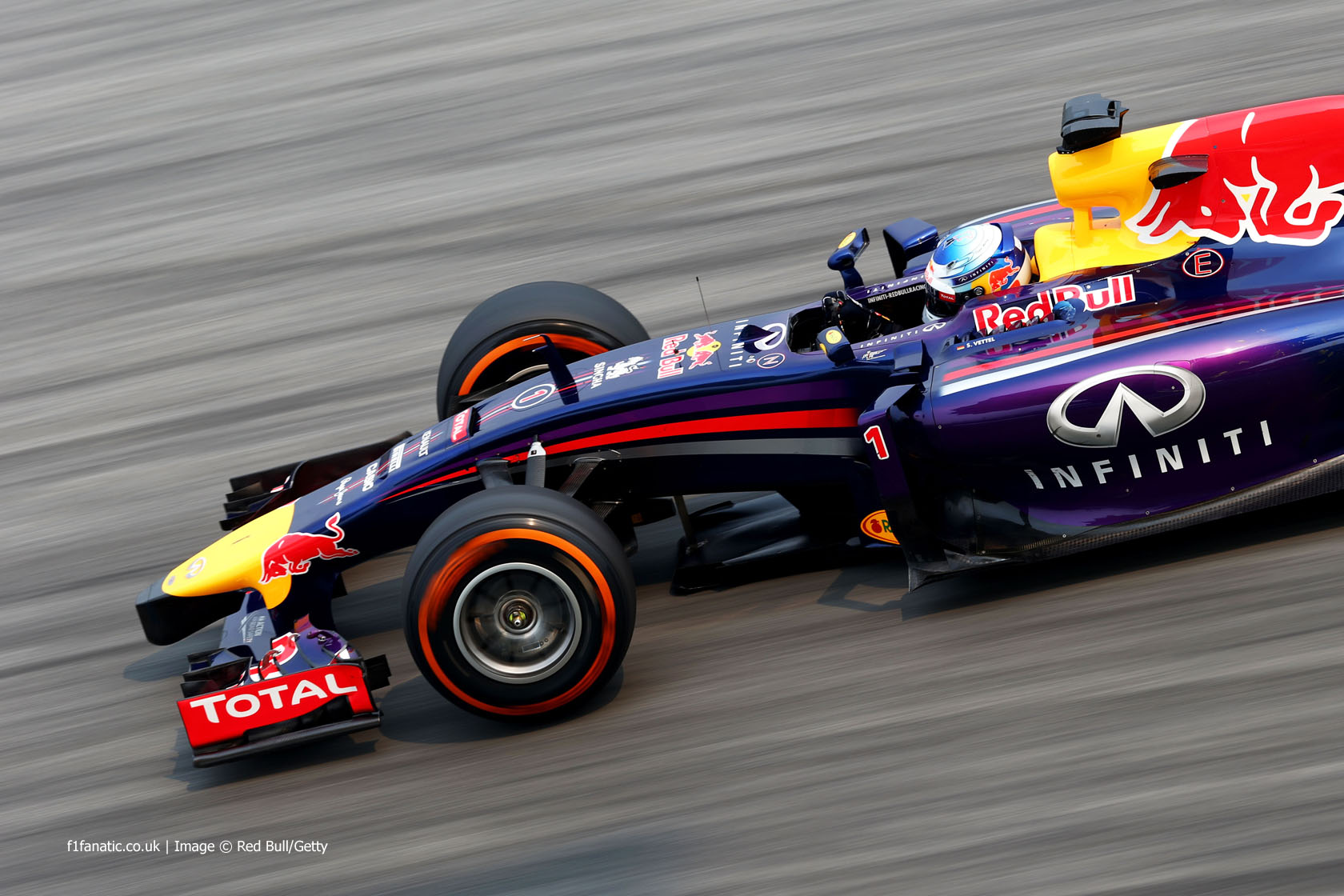 The Friday practice times in Malaysia suggested we could have as many as four teams separated by a little over two tenths of a second.

That would be a welcome departure from Melbourne where Mercedes had up to a full second in hand over their rivals. But in all likelihood this is only partly a case of their rivals closing the gap and mainly down to Mercedes not wishing to over-exert their engines on practice day.

Fuel consumption was expected to be less critical at Sepang than Melbourne. But with the mercury soaring well above 30C, tyre conservation has emerged as one of the major challenges of the weekend.

According to Pirelli motorsport director Paul Hembery the medium tyre offers a lap time gain of 1-1.2 seconds. But over a race stint drivers found they lost pace over a stint much more quickly than they did in Melbourne, as the graph below demonstrates.

Another notable development during qualifying was the number of driving errors. One major consequences of cars with less downforce and much more torque is that corners which were once ‘easy flat’ now require a feather of the throttle – a considerably more challenging act given the power delivery of the new engines.

That’s why we saw Fernando Alonso and Felipe Massa heading off backwards at turn eight and Lewis Hamilton slewing wide in turn ten. These were much less challenging corners in the downforce-smothered cars of years past. Here’s hoping the rebalancing of power versus grip in the new F1 cars is here to stay.

The other major talking point of the weekend is likely to be fuel sensors. Already Red Bull team principal Christian Horner has acknowledged his team have had another faulty sensor and indicated Toro Rosso had two more. Almost every driver’s fuel flow rate was checked during second practice.

Red Bull are standing their ground on the issue as they prepare to take their appeal to the FIA. But would they disobey the FIA’s instructions again if they continue to have fuel sensor trouble tomorrow? We should know around six hours after the chequered flag falls on Sunday… “This was definitely a positive day and I had a better feeling compared to Friday in Melbourne,” he said afterwards.

Raikkonen said he was “more comfortable” in the car and had “no problems whatsoever”.

The handling seemed to be good even if, as we found on the race simulation, we will have to pay very close attention to degradation, which is particularly high here.”

Comparing the sector times of the two Mercedes drivers gives a clear indication how much pace the W05s have in hand. Lewis Hamilton gave away three-tenths of a second to Nico Rosberg in the middle sector and vice-versa in the last. Even taking into consideration the possibility of differing set-ups, there’s clearly plenty of pace in the W05 we didn’t see today.

It was another day to forget for Lotus whose drivers completed just 20 laps between them on Friday.

“Both cars were delayed in the morning with mapping issues,” explained technical director Nick Chester.

“Pastor [Maldonado] then suffered from a turbo-related problem with his car. This meant we needed to remove the engine and subsequently he was unable to run in the afternoon.

“Romain [Grosjean] was able to get some more laps in the afternoon, however a wiring issue caused difficulties with his gearbox. More lessons learnt, and we’ll be focusing on getting as much mileage as possible tomorrow.”

As in Australia it’s almost all Mercedes-powered cars at the top, with the fastest Ferrari giving away 8kph at the speed trap, a deficit they acknowledged before the race weekend began.