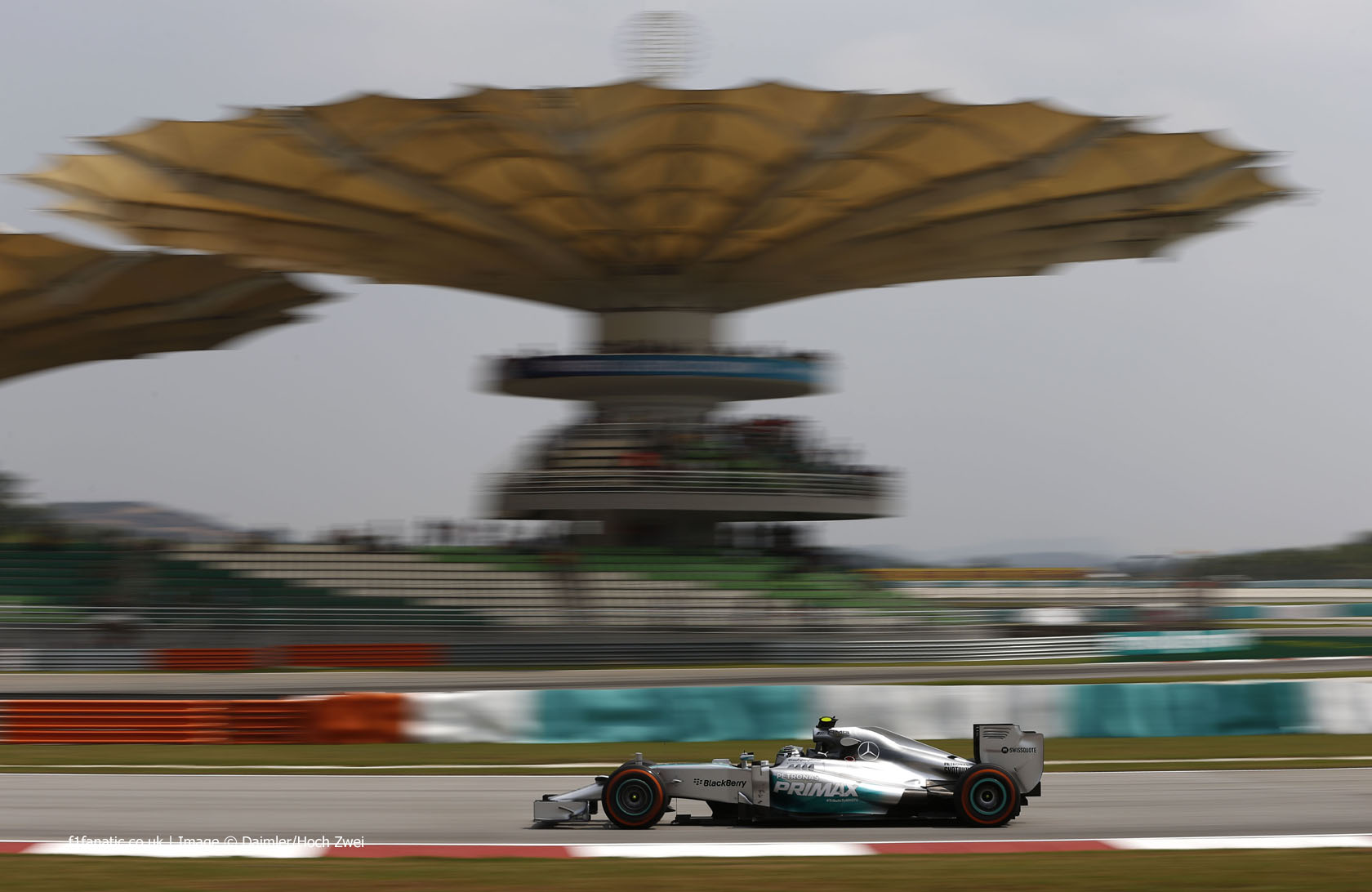 Mercedes stamped their authority over proceedings in Sepang, lapping over a second faster than their rivals in the final practice session.

Nico Rosberg led the way, setting the fastest lap of the weekend so far with a 1’39.008 on medium tyres, almost a second quicker than he managed yesterday.

Team mate Lewis Hamilton, who had been quicker earlier in the session while running on the harder compound, lapped just over two tenths of a second slower than his team mate.

Several drivers complained of poor grip conditions on the track in the final session and most failed to improve on their Friday lap times. But the Mercedes drivers gained as much as nine tenths of a second, revealing the extent to which they had concealed their pace yesterday.

Kimi Raikkonen consistently led the charge of Mercedes’ rivals but ended the session 1.1 seconds slower than Rosberg in third place.

Behind the Ferrari driver the gaps were much closer. Sebastian Vettel set the best time for a Renault-powered car, three-tenths of a second faster than team mate Daniel Ricciardo, the pair separated by Nico Hulkenberg’s Force India.

Both Williams drivers and the second Force India of Sergio Perez also featured in the top ten.

However it was a disastrous session for McLaren, with both drivers failing to set a representative time. Kevin Magnussen pitted with an engine problem soon after joining the track. Although McLaren got him back on the track later in the session he suffered a repeat of the same problem, which could jeopardise his participation in qualifying.

20 comments on “Mercedes ahead by a second in final practice”