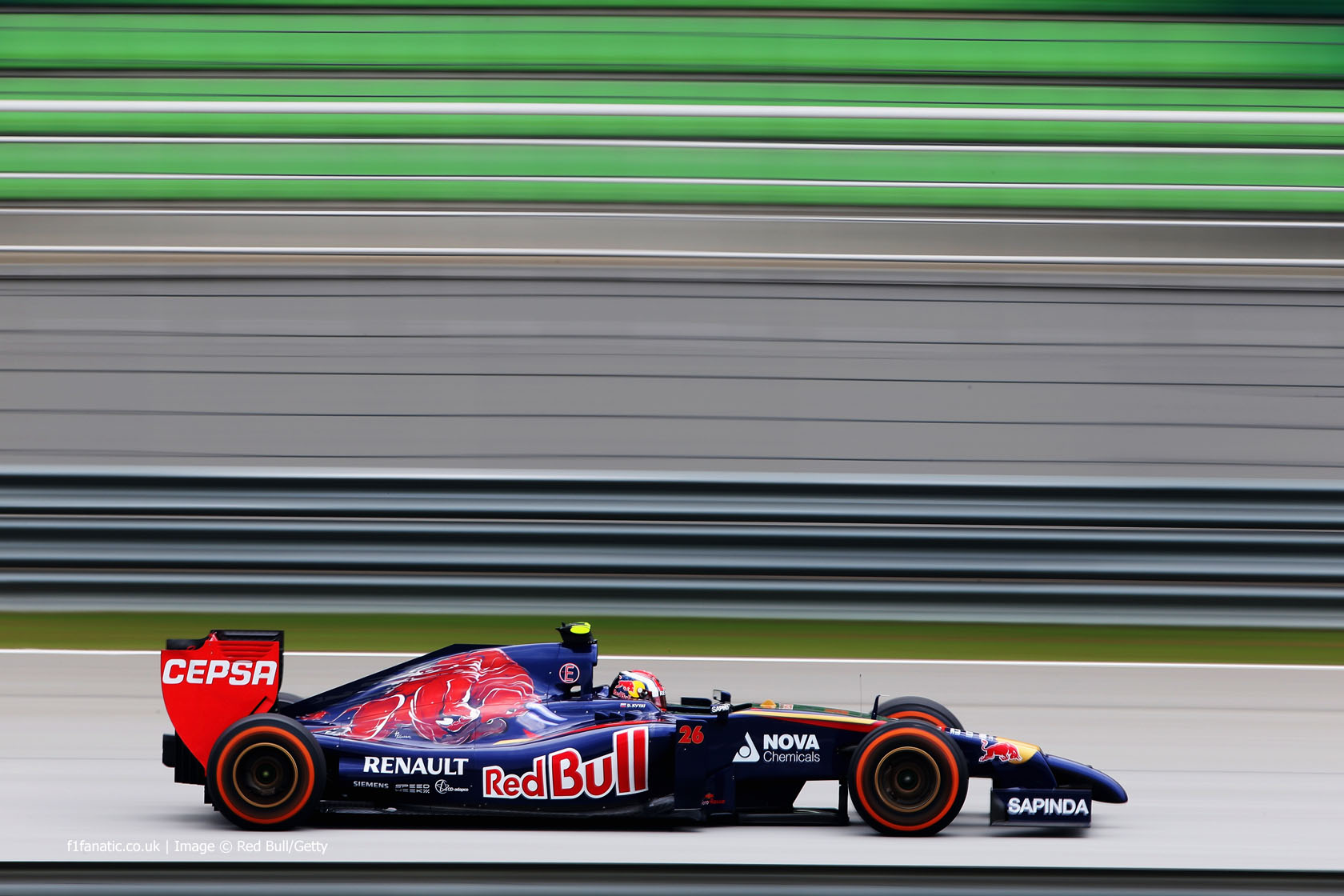 Daniil Kvyat said there was nothing unusual about his collision with Fernando Alonso during qualifying.

The Toro Rosso driver said his rival simply failed to see him when they made contact at the turn nine hairpin during Q2.

“The visibility was very poor for everyone and I think he didn’t see me and in the end, he turned into me,” said Kvyat. “I think it was quite normal that he didn’t see me because there was so much spray.”

Alonso told reporters after qualifying “I didn’t see him coming”, but added, “it was a little bit of an aggressive drive on the out lap with this kind of visibility”.

The contact left Alonso with damaged front-left suspension, but he was still able to complete the session. “We were lucky enough to put the car together,” he said. “The mechanics did a fantastic job.”

“I have to say that the car was not totally repaired – the steering on the right was so light and the left was so heavy that it was very, very strange to drive. But enough to complete the qualifying.”

Alonso said he was “super happy” with his eventual result of fourth. “Probably the biggest smile on a fourth position in my career,” he said.

“But not enough. We need to do better next time, obviously avoid any incident that cost a little bit of even the qualifying positions if we could not be able to repair it.”

Kvyat failed to reach Q3 after Jean-Eric Vergne took tenth place off him at the end of Q2. “It was a shame to be knocked out of Q3 right at the end by my team-mate, but Jev was faster than me today and I was too conservative on my last lap,” he said.

“Q3 could have been possible today, but all the same P11 is a good starting point.”