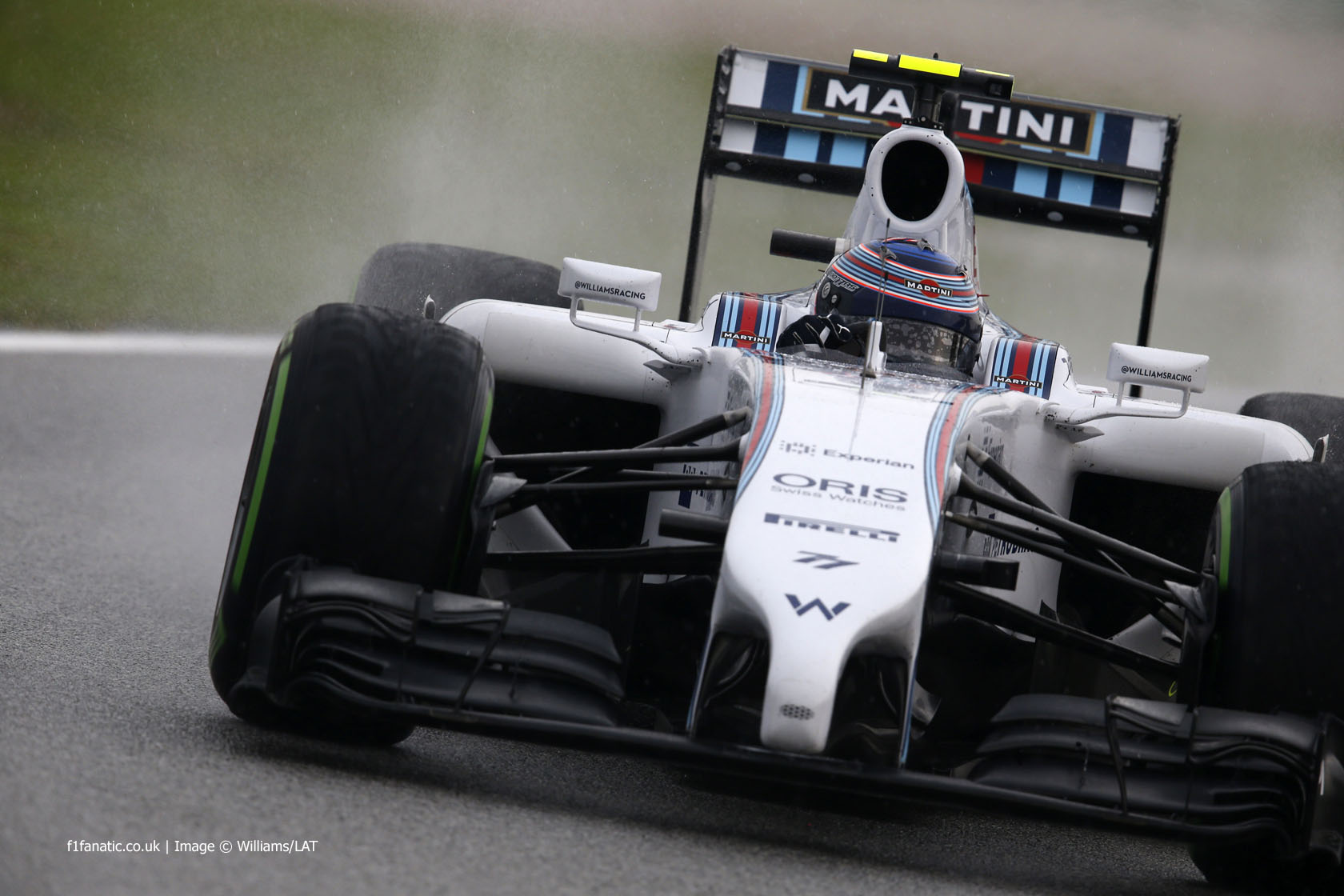 Valtteri Bottas has become the first driver to be awarded penalty points on his licence after the stewards found he impeded Daniel Ricciardo during qualifying.

The stewards also handed him a three-placed grid penalty for the Malaysian Grand Prix.

Bottas was given two penalty points which will remain on his licence for the next 12 months. If he reaches 12 points he will automatically be banned for one race.

The stewards ruled Bottas impeded Daniel Ricciardo during Q2 as “the driver did not pay attention to the approaching car and continued to impede car three through turns 14 and 15”.

An unhappy Ricciardo shouted “Get this [censored by FOM] Williams out of my way!” on his radio after being held up by Bottas.

It is the second grid penalty in as many races for the Williams driver, who was moved back on the grid due to a gearbox change in Australia. This one will drop him to 18th place on the grid.

However the stewards decided against penalising Fernando Alonso or Daniil Kvyat for their collision earlier in the session. “The stewards do not believe either driver were wholly or predominately to blame for the incident,” they ruled.

58 comments on “Bottas gets penalty points & grid drop, others cleared”