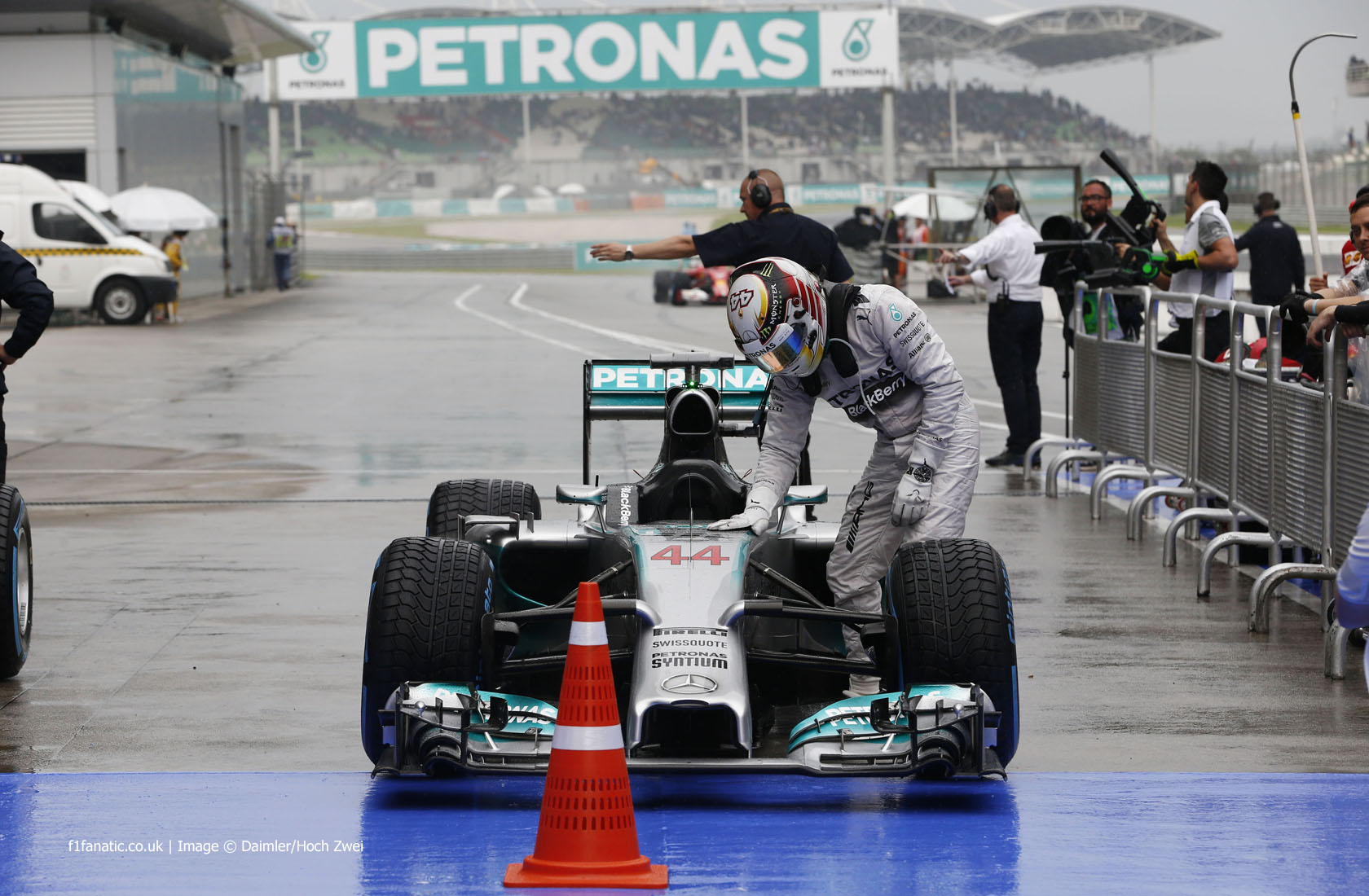 Lewis Hamilton said he “bailed out” of his final flying lap in qualifying because visibility was so poor at the end of Q3.

The Mercedes driver took pole position thanks to the lap he set at the beginning of Q3 as he found the conditions impossible at the end of the session.

“Today was just incredible how much firstly it rained before qualifying, and then during the session very tricky out there I think for everyone,” said Hamilton.

“Particularly at the end, it was almost impossible to see. “I mean, I couldn’t do my last lap, I just couldn’t see a thing behind [Nico] Hulkenberg.

Hamilton came out on top by 0.055 seconds, which he said was “definitely a little bit too close”.

Hamilton started the first race of the season from pole position but retired on the second lap. “For myself and for the team, priority obviously is to try and bag as many points,” he said.

“Collectively between he and Nico Rosberg I think we have a great opportunity, we’ve got a great car and the team’s just performing fantastic right now. Fingers crossed we both see our way through the the finishing line.”

7 comments on “Hamilton aborted final flying lap due to visibility”