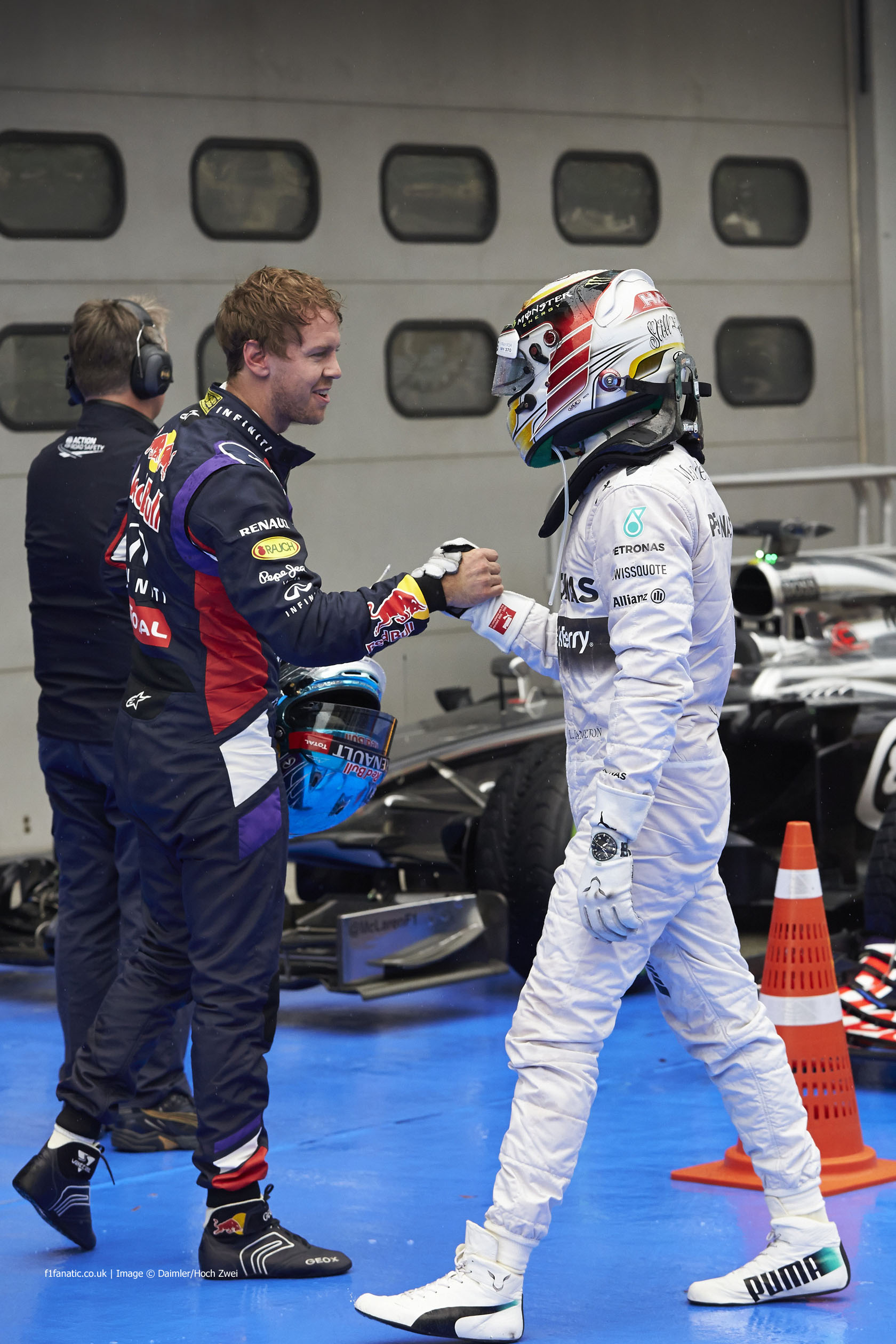 Sebastian Vettel narrowly missed out on pole position for the Malaysian Grand Prix but feels he could benefit from starting on the left-hand side of the grid.

“At the end of the day it’s good to be in the front row,” he said after falling short of pole position by 55 thousandths of a second.

“I think, if I’m not wrong, it should be the good side for tomorrow. Depends on how good the start is but for sure very happy with the result.”

Vettel reched the start/finish line too late to begin his final flying lap in Q3 after being overtaken by Nico Rosberg at the final corner. He said he could have improved his time but that pole sitter Lewis Hamilton – who also failed to complete his final lap – might have done so too.

For sure Q3 was not perfect,” said Vettel. “I would have loved to have a second go.”

“My first attempt I felt that there was a little bit of time to gain here and there. So obviously very close, too close because definitely the margin was possible to go that much faster, but equally I think if Lewis had another chance he could have improved as well.”

Vettel hit trouble at the beginning of qualifying when a problem with his engine store during Q1 forced him into the pits.

“Obviously beginning of Q1 the heartbeat was definitely rising very quickly when we realised there is an issue,” said Vettel.

“We came in, restart the car which seemed to solve the problem. After that was fine so was good to go out and get another feel for the car with the wet in the conditions was very tricky.”

7 comments on “Starting second might be an advantage – Vettel”