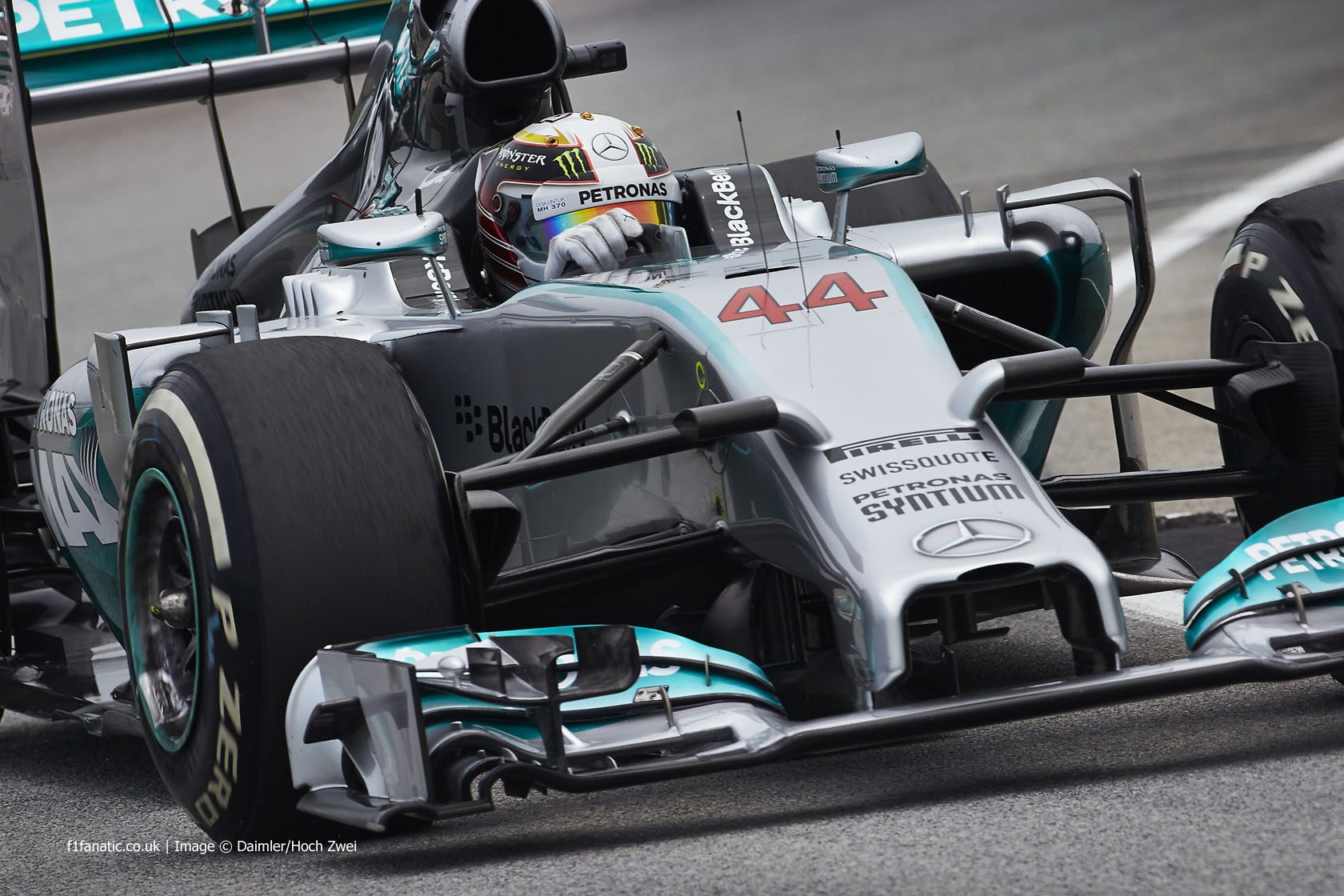 Mercedes led the way again in Malaysia but unlike in Australia the extent of their superiority was reflected in the fastest lap times.

Lewis Hamilton’s fastest lap in the W05 was over a second quicker than any of his rivals could manage in a different car.

The second-fastest car in the race in terms of fastest lap time was the Ferrari of Fernando Alonso. However he was the only drive among the top nine finishers to end the race medium tyres rather than the considerably slower hards, so that probably exaggerates the performance of his car.

Team mate Kimi Raikkonen was well off Alonso’s pace, largely due to the damage he sustained early in the race when he had to do an entire lap on a punctured rear tyre, and the fact he spent much of the rest of the afternoon in traffic.

The Red Bull pair had better race pace, though Sebastian Vettel had to back off in the closing laps to save fuel, allowing the gap between him and Nico Rosberg to increase.

Here are all the drivers’ lap times from the Malaysian Grand Prix.