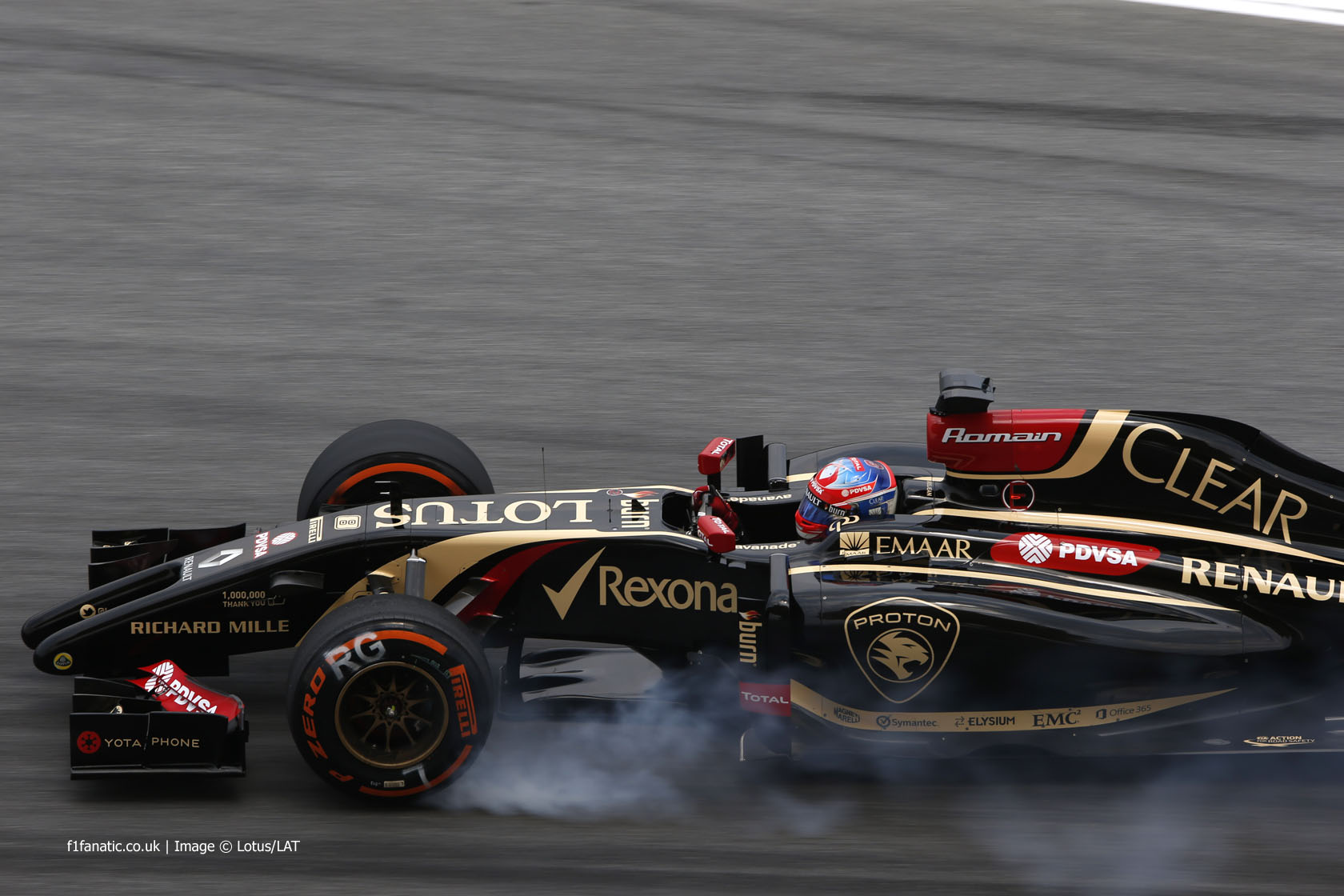 Lotus hailed the progress they have made with their car after reaching the chequered flag for the first time this season in the Malaysian Grand Prix.

Romain Grosjean finished 11th, holding off Kimi Raikkonen’s Ferrari which had been delayed earlier in the race.

“Today was a big step forwards from Melbourne, and every time we run the car we can see we are making progress,” said trackside operations director Alan Permane.

“Romain had a decent race, getting the car to the finish and giving us plenty of valuable data and feedback to enable us to deliver improved performance.

“He suffered from some damage to his diffuser on lap 48 and subsequently was losing around a second and a half in terms of performance per lap. This considered, he did a very good job indeed to stay in front of Kimi.”

Grosjean said he felt a “big loss of downforce around eight laps to the end” when the diffuser failed, but was pleased to keep his old team mate behind.

“Without that issue, I’m sure we could have finished higher. It’s good to be back and close to the points so it’s a positive for all of us.

“It was a good battle at the end. I kept remembering our past battles to make sure Kimi couldn’t go through.”

Pastor Maldonado’s car was retired to prevent damage to his engine, according to Permane:

“Pastor had a problem with the intake to the turbo, which was evident from the start of his race. Unfortunately, as well as limiting performance it was potentially damaging to the engine so we had to make the difficult decision to retire him.”