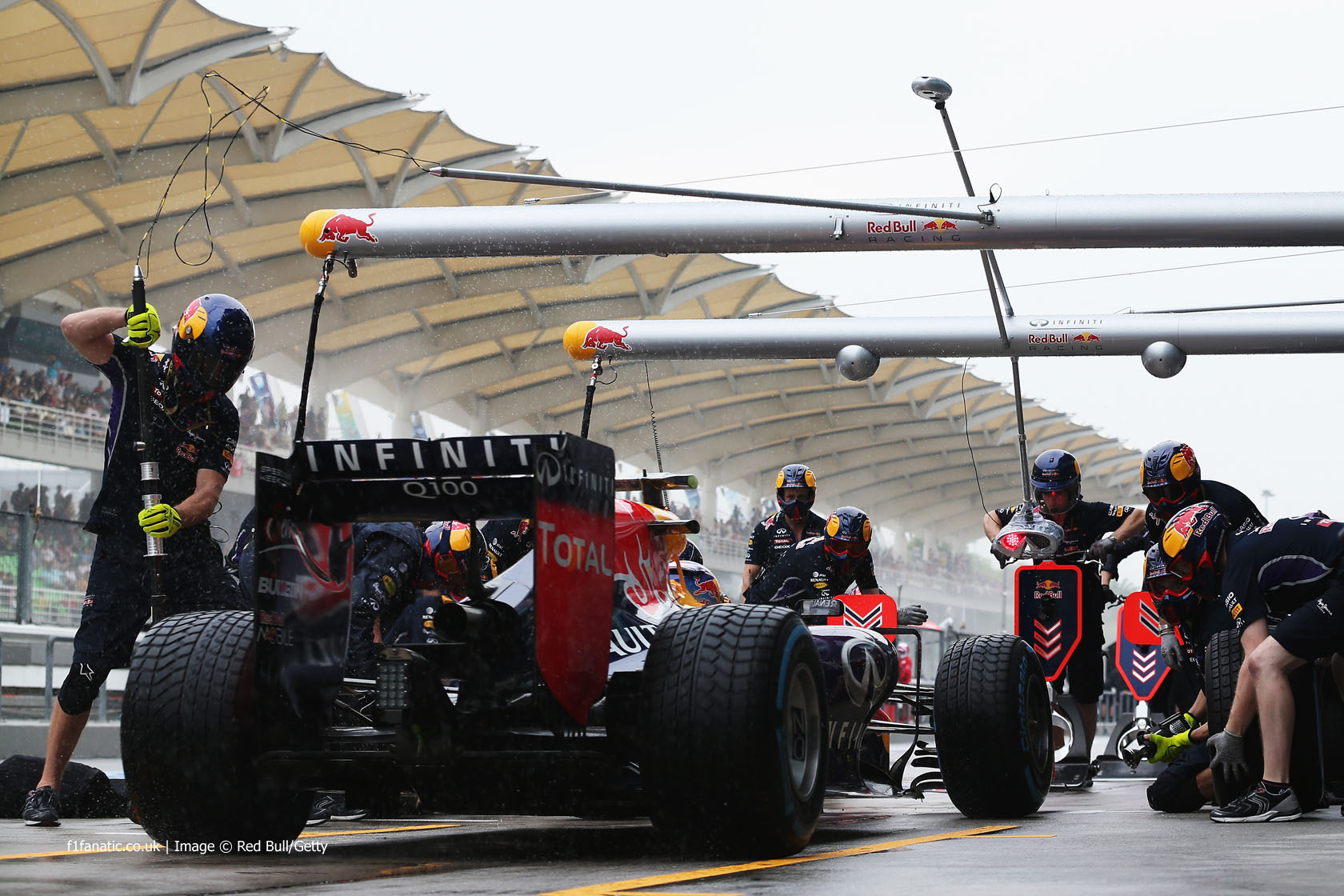 Daniel Ricciardo will be moved back ten places on the grid for the Bahrain Grand Prix.

The team were given the penalty after Ricciardo was released from his pit box with the front-left wheel not attached properly.

Ricciardo was also given a ten second stop and go penalty during the race, which he did not finish.

Red Bull were also handed a reprimand by the stewards as a member of their team did not wear protective headgear during Ricciardo’s stop.