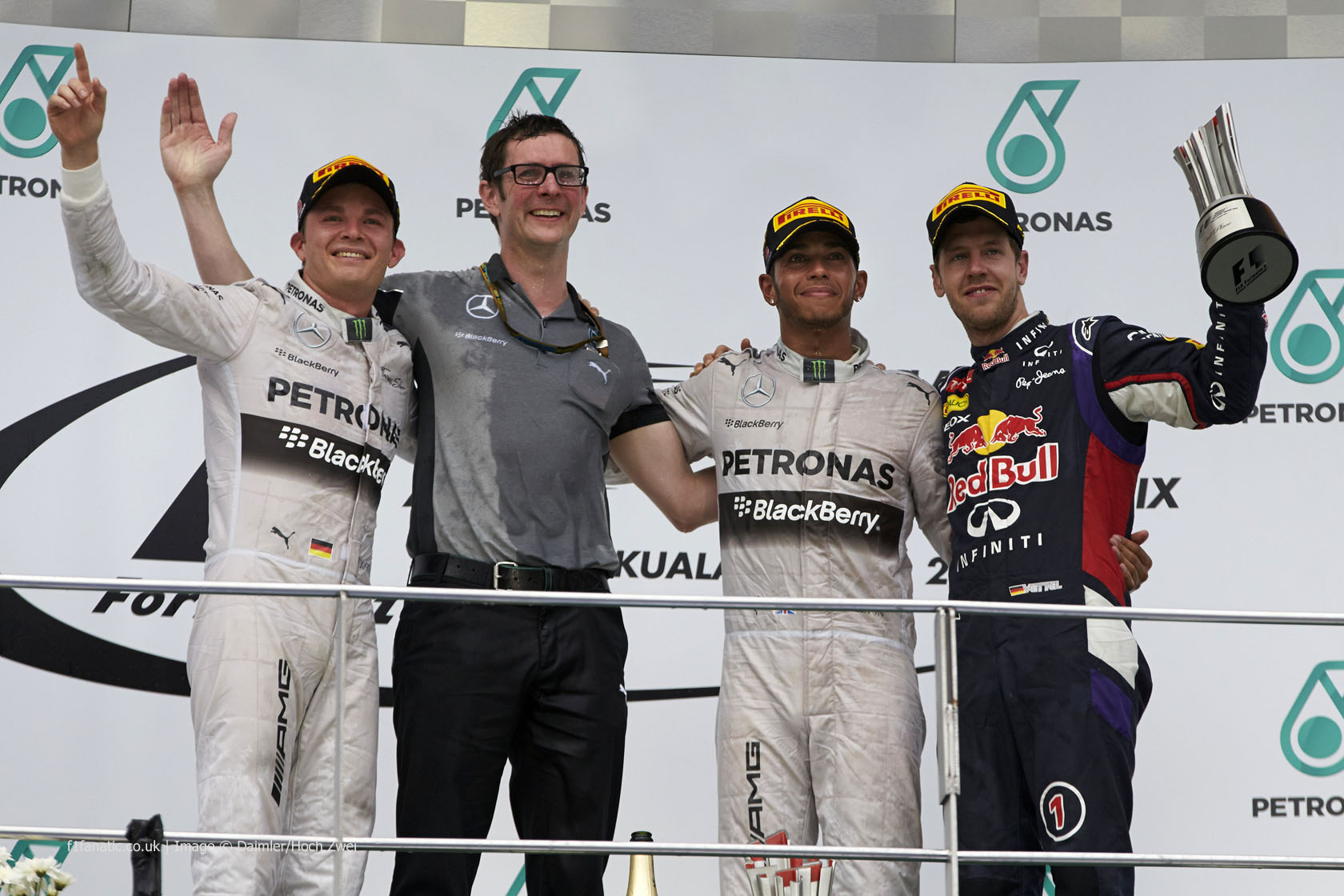 Three players tied with perfect scores in the second round of the Predictions Championship.

The pole position time tie-breaker was used to separate and although all of them were over 20 seconds out – having not expected qualifying to be hit by rain – Hayden Freeth had the closest prediction and therefore scooped the top prize. Here’s what they won:

@Brouard21 takes a one-point lead in the overall standings but there are still 17 rounds to go until we discover who wins this year’s top prize – an F1 brake disc clock supplied by Memento Exclusives.

The team behind the official Formula One game will supply the winner of each race with F1 2013: Classic Edition for the format of your choice.

But it packs in much more than that. For the first time Codemasters have added classic cars and tracks to their game. Five Ferraris are among the retro F1 cars on offer, including the 1976 312 T2 raced by Niki Lauda and featured in the film Rush.