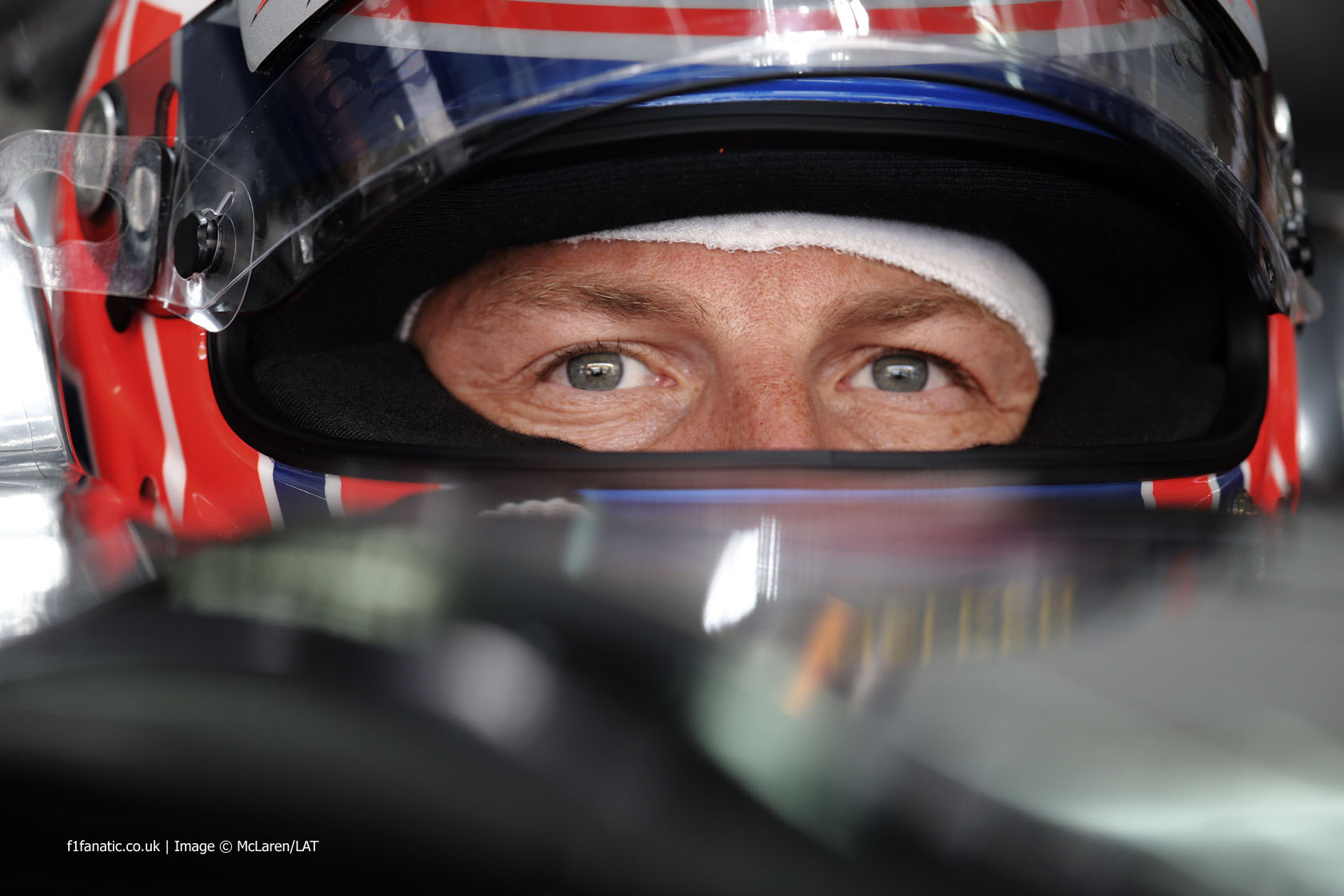 Button, who will start his 250th race as an F1 driver this weekend, said, “the thing that surprises me is how quickly it goes by”.

“Fifty races ago I was in Hungary celebrating my 200th grand prix – which I won, by the way. It’s amazing how quickly time flies and you really do have to enjoy every moment of it as much as you can.”

“For me, being 14 years in the sport I still feel like I have more to learn,” said Button. “I’m definitely not the perfect driver yet, I never will be, but there’s always still more to learn and that’s something for me that’s exciting about the sport.”

“New regulations obviously change the sport quite a lot, especially the new regulation change. And again you always have more to learn. And for me that’s what keeps the sport exciting and that’s what kept me on my toes over the last 14 years and hopefully for many more.”

“2009 obviously was good, the year I won the world championship,” he said. “Enjoyable car to drive. I liked the big front tyres as well, that we used to have back then.”

“2011 was good fun. It was quite difficult because we had the blown diffuser, which everyone had, but it was quite unusual to drive. But when you got used to it, there was so much downforce it was pretty awesome.

“But then if you look back 2004 was also a great year. V10 engines, 900 horsepower, revving to 20,000 rpm. Obviously there was a tyre war then as well so most of the lap times which were achieved then, the fastest laps, have not been beaten for ten years. So that was a pretty special car to drive as well.

“All very different eras, if you like, in the sport. It’s great to have been around through the V10, the V8 and V6 period. I think it’s some exciting times I’ve had in my career.”